‘Will continue fight till Mangaluru Airport is renamed after Koti Chennaya’

Speaking to media persons, Mr Kumar, who is also an MLC said: “The DCC will continue its fight till the Airport is renamed. The Malavoor Gram Panchayat had passed a resolution to rename the Airport after Koti Chennaya four years ago, and had sent it to the DK Zilla Panchayat, which too had passed a resolution and sent to the state government to be sent to the Centre for approval.

“In spite of it, when I raised the issue in the Council in March, the government stated that there was no proposal before the state government. Later, on May 26, 2020, the principal secretary to Department of Infrastructure Development sent a circular to Dakshina Kannada Deputy Commissioner stating that the state government has no role to play in the renaming of the Airport as the airports in Kalaburagi, Hubballi, Mangaluru and Belagavi come under Airports Authority of India and have been given for maintenance to the private firms,” the MLC said.

Further, he urged Dakshina Kannada MP and State BJP president Nalin Kumar Kateel to inform the residents of Mangaluru on the status of the proposal that he had sent to the Centre on naming the Airport after Koti Chennaya.

Adani Group which has taken up maintenance of six airports in India has not changed the name of any airport to Adani Airport except that of Mangaluru. “It is a hidden agenda to name the Airport,’’ he alleged.

Stating that the Congress is not engaged in caste politics, the DCC president accused the BJP government of involving in caste politics by creating corporations and boards for Veerashaiva and Maratha communities when the elections were nearing. Incidentally, over 20 authorities, boards and corporations in the state have no presidents.

He accused the BJP government of engaging in election gimmick in the name of caste and religion.

It was the Congress-led government which set up Narayana Guru Study Centre at Mangalore University, initiated measures to develop Padumale, the birth place of Koti Chennaya and creation of Deyi Baidethi medicinal plants garden on seven acres of land near Puttur.

In a separate press release, KPCC former secretary Rakshith Shivaram also warned of intensifying the protest demanding the renaming of the Airport. 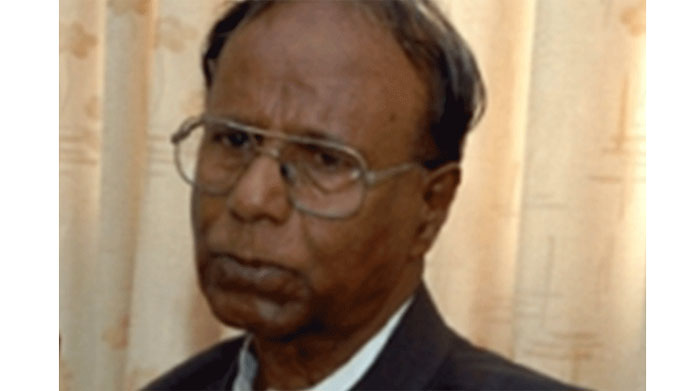 Bengaluru, June 7: Professor-turned-politician Mumtaz Ali Khan, who was once the Muslim face of BJP in Karnataka, passed away at his residence in Bengaluru today.

The 94-year-old was suffering from age related multiple ailments for past few years. He is survived by his wife, one son and one daughter.

Khan was a cabinet minister under B S Yediyurappa led BJP government in Karnataka over a decade ago. He was Minister for Haj, Waqf and Minority welfare. He was also a writer and columnist.

However, in 2013, he quit the BJP in protest against saffron party’s decision to project Narendra Modi as its Prime Ministerial candidate in 2013.

He was a professor of Sociology in Bengaluru’s Krishi University for several years. Despite taking voluntary retirement he continued his service in the field of education.

He was running an unaided Primary and High School named after his late son Noor Ahmed Khan in Bengaluru’s R. T. Nagar for last three decades. He was providing the poor children with free education along with mid-day meals, books and uniforms.

New Delhi, June 4: Fuel prices were hiked after a two-day pause, with petrol in Mumbai now nearing the Rs 101-mark.

Petrol prices were hiked by 27 paise, while the price of diesel has been increased by 28 paise.

In the country's financial capital, petrol now costs Rs 100.98 per litre, while diesel is currently at Rs 92.99 per litre. In the national capital, a litre of petrol is worth Rs 94.76 and diesel costs Rs 85.66 per litre.