Swami Vivekananda ratha yatra to arrive in Mangalore on Tuesday 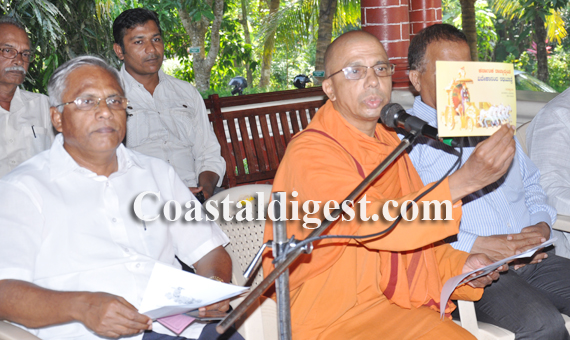 Announcing this at a press conference in the city on Sunday, he said that the ratha yatra would arrive in Mangalore via Ujire and Bantwal on Tuesday. The ratha yatra will be flagged off in front of Mangalore City Corporation, Lalbagh at 8.30 a.m. on Tuesday, during which a massive student rally will be held. The ratha yatra will move towards Ramakrishna Mutt, Mangaladevi via PVS Circle, Jyothi Circle, Kankanday and Marnamikatte. A formal programme will be held in the premises of Ramakrishna Mutt from 11.15 a.m. onwards, he said.

Following the programme, a public procession will be flagged off at Nehru Maidan at 4.30 p.m. which will move towards Ramakrishna Mutt via Pandeshwar. A public programme will be held at the Mutt thereafter, he said. 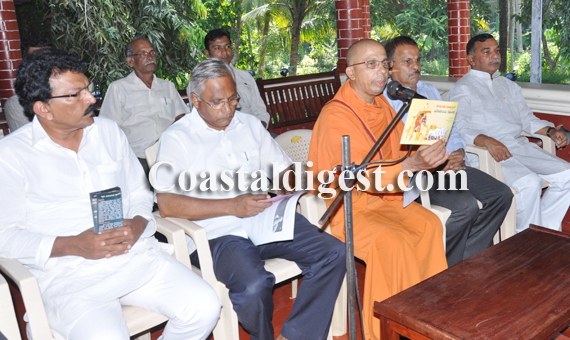 Bengaluru, May 8: 70 per cent of the available stock of Covishield in Karnataka would be utilised to vaccinate people above 45 years of age who are due for second dose, Health Minister K Sudhakar said on Saturday.

The rest 30 per cent would be used to vaccinate the 45 years and above age group seeking first dose, he said.

"Covaxin will be administered only to 45+ who are due for 2nd dose after 6 weeks of 1st dose", the Minister tweeted.

Karnataka on Friday reported 592 Covid deaths and 48,781 new cases. The State government on Friday announced the imposition of strict lockdown from May 10 to 24.

Mangaluru, Apr 25: Two prisoners suffered injuries in a clash among jail inmates at district prison in Mangaluru on Sunday.

According to City Police Commissioner N Shashi Kumar, the injured are Ansar who was arrested by Mulki police last month and Jainuddin who was arrested on the charges of dacoity in Moodbidri recently.

The accused Sameer was arrested in a robbery case reported in Panambur and has been lodged in prison since last July. City police commissioner and other police officers have visited the spot.

Bengaluru, Apr 25: The practical examinations of second-year pre-university college (PUC 2) courses which were scheduled to begin on April 28 across Karnataka have been postponed, said a circular issued by the Department of Pre University Education on Sunday.

Considering the requests from parents, teachers and students to postpone the exams in the wake of a spike in the Covid-19 cases across the state, the department has decided to act on them.

However, colleges have been directed to conduct practical exams after the completion of theory examinations.