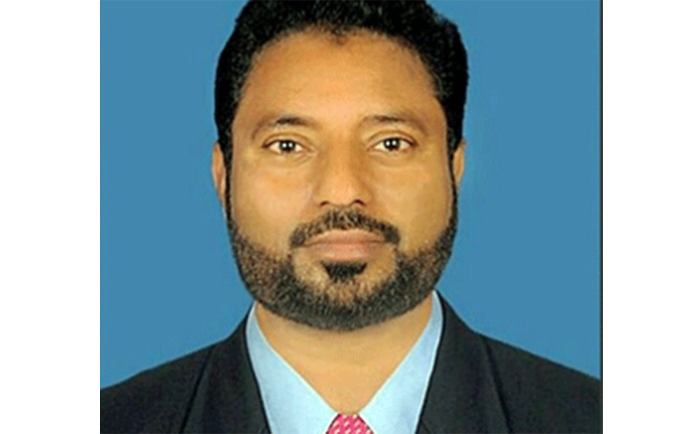 Mangaluru, May 7: Akhila Bharatha Beary Parishad president Abubakkar Pallamajalu, who was undergoing treatment at the district covid hospital in the city, passed away today. He was 48.

After testing positive for covid-19, he was hospitalised five days ago. However, his condition continued to worsen and he breathed his last at around 10 a.m. today, sources said.

Abubakkar Pallamajalu was an active social worker and activist. He was part of several organisations and associations. He had served as the president of Hayatul Islam Juma Masjid in Pallamajalu.

He is survived by his wife, three daughters, relatives and friends.

Will remain CM as long as BJP high command has confidence in me: BSY

Bengaluru, June 6: Chief Minister BS Yediyurappa said that he would continue to head the state government as long as the party High Command had trust in him.

He was responding to media queries on repeated complaints by ministers and MLAs against the CM. "I will not react to such activities. As long as the high command has trust in me, I will continue as CM. The day they ask me to step down, I will resign and work day and night for the development of the state," he said.

The CM said that he was not in any dilemma over the developments in the party and the government. "They (party leadership) have provided me an opportunity, which I am making good use of. Rest is left to the high command," Yediyurappa said.

His statements came amidst reports of sustained efforts to unseat the CM by a section of disgruntled legislators. Few leaders had also visited Delhi recently with complaints against the state government leadership.

On the visit by IAS officer Rohini Sindhuri - who was transferred from Mysuru after her spat with another IAS officer Shilpa Nag - Yediyurapa said that "there was no question of re-transfer. I have asked her to report her to her new post," he said.

Sindhuri was transferred as Commissioner of Hindu Religious and Charitable Endowments Department from her previous posting as Deputy Commissioner, Mysuru on Saturday evening. Shilpa was also transferred from Mysuru where she served as Mysuru City Corporation to Rural Development and Panchayat Raj Department as Director (e-Governance).

Export-oriented businesses to resume in Karnataka from June 3

Bengaluru, June 2: All export-oriented businesses in Karnataka will be allowed to operate from Thursday, Chief Minister BS Yediyurappa said, even as he indicated that strict Covid-19 regulations will continue after June 7, when the current lockdown is scheduled to end.

“The export-oriented businesses will be allowed from Thursday,” Yediyurappa said. Asked if the lockdown will end, he said: “No, no. We will extend (the lockdown) and take some strict measures.”

He added that he had meetings lined up to discuss what should be done going forward.

“On the whole, coronavirus has not come under complete control. It’s still high in rural areas,” Yediyurappa said. “Today evening, I’m discussing with everybody. Today or tomorrow, we will take a call (on lockdown). I’m discussing this with senior officials today,” he added.

He also said that he would announce another Covid-19 relief package “in another two days”.

The Covid-19 Technical Advisory Committee (TAC) has recommended that the lockdown be continued in Karnataka after June 7. The opinion seems divided among Yediyurappa’s Cabinet colleagues.

While Sindhuri has been posted commissioner of Hindu religious and charitable endowments, Bengaluru, Nag will be director of e-governance in rural development and panchayat raj department.

The government was contemplating action against them after Shilpa resigned from the IAS over alleged harassment by Sindhuri. It had also launched a probe into the construction of a gym and swimming pool at the DC's residence allegedly in violation of heritage laws. The spat between the officers was unseemly, coming as it did amid a huge spike in Covid cases in Mysuru district.

Among the other transfers, P Rajendra Cholan has been posted as managing director, Bescom, and will hold concurrent charge as special commissioner (health and IT), BBMP.

Shilpa Nag on Thursday had announced her resignation from the service, citing harassment and humiliation from Deputy Commissioner Rohini Sindhuri. However on Saturday she took a U-turn from her decision. She decided to resume work from Sunday.

It has to be noted that Nag had taken her resignation papers to Chief Secretary P Ravi Kumar during his visit to Mysuru on Friday but, the CS did not accept the paper and suggested her to reconsider the decision.

“I have sent resignation papers through register post and also e-mailed it,” Nag said. District in-charge Minster S T Somashekar and others suggested her not to resign, she said.