Bengaluru, June 10: Heavy rains are likely to lash the coastal districts of Karnataka for one week starting from Thursday, the Indian meteorological department (IMD) said.

A yellow alert has been sounded for Dakshina Kannada and Udupi on Thursday and Friday. In addition, orange and red alerts are announced for Saturday and Sunday when the region is expected to receive copious amounts of rain.

The new alert is issued in the wake of the low pressure that has developed in Bay of Bengal. Scattered rains are also pouring over old Mysuru districts including the capital city Bengaluru.

Cloudy weather is seen most of the day in these areas, the IMD forecast said.

Udupi, June 5: An elderly woman, who was tested positive for covid-19, has committed suicide by jumping from the seventh floor of a residential apartment in Udupi today morning.

The deceased has been identified as Gangamma (70), a resident of Janardhan Tower apartment located at Jodukatte in Udupi city. Her husband is also suffering from covid-19 and is undergoing treatment at the ICU of a private hospital.

It is learnt that she was under depression after her husband’s hospitalization. Her son is working for Bank of Baroda.

The family, which hailed from Chitradurga, has been staying in Udupi for past few years. 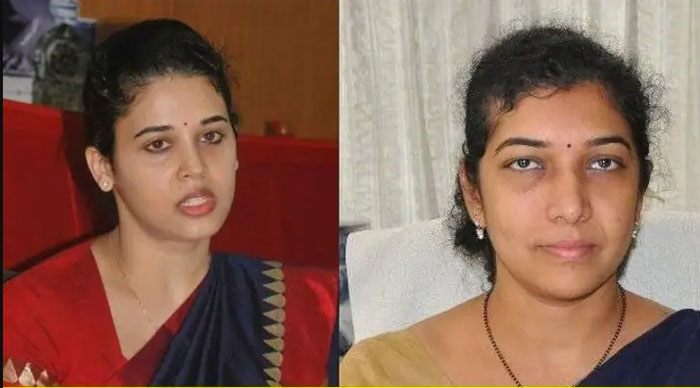 Shilpa Nag, a 2014 batch IAS officer, is a Mysuru City Corporation (MCC) Commissioner since February 2021. Speaking to reporters, Nag said, “Deputy Commissioner Rohini Sindhuri is constantly calling the higher-ups and complaining to them that no work is being done in the MCC. There is no conducive environment to work in Mysuru, and thus, I am resigning from the Indian Administrative Service (IAS) and will send the resignation letter to the Chief Secretary seeking to be relieved from my duties.”

Shilpa Nag also accused Sindhuri of showing personal grudge against her. “If she (Sindhuri) has any personal grudge against me let her take it out on me but why target the officials who are all working non-stop to combat the pandemic since the second wave started? The atmosphere in Mysuru was too stifling to function anymore,” Nag alleged.

Meanwhile, Sindhuri denied the allegations leveled by Nag and said they are totally false and baseless.

Reacting to this incident, Mysuru district in-charge minister S.T. Somashekar said that the government will not accept Shilpa Nag’s resignation. Speaking to reporters in Bengaluru, he said, “Shilpa Nag has done good work as a city corporation commissioner, our government will not accept the resignation and I will talk to Chief minister BS Yediyurappa regarding the issue.”

Somashekar also said he will go to Mysuru tomorrow (Friday) and talk to Shilpa Nag and convince her to take back her resignation.

Simha had written a letter to Somashekar and sent copies to the CM and State Chief Secretary, seeking a probe into Sindhuri’s conduct and the District Health Officer (DHO) for closing down 16 private COVID Care Centres. He stated in his letter that the investigation must be done on who accorded permission to open the CCCs or step-down hospitals and closing it down. 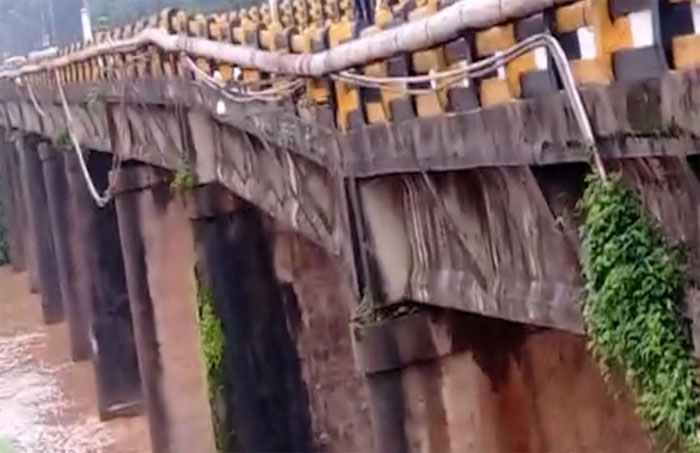 Mangaluru, Jun 15: Amidst incessant rains in coastal Karnataka, Maravoor Bridge that connects to the Mangalore International airport with the city developed a major crack in the early hours of Tuesday, June 15.

The crack is visibly deep and wide that there is every possibility that the bridge might collapse at any time.

Keeping in mind the safety of the people vehicular movement has been cancelled on the bridge.

Traffic is diverted to two alternative routes. Those who want to go to other side of the Marvoor bridge from Kavoor can either use Kavoor-Kulur-KBS Jokatte-Porkody-Bajpe route or Pacchanady-Vamanjoor-Gurpur-Kaikamba-Bajpe route.

The relentless showers have piled on the misery in Dakshina Kannada, Udupi, Uttara Kannada and Chikkamagaluru districts. Incidents of tree fall and damages to houses were reported from across the three coastal districts.