Jun 27: India's Test batting mainstay Cheteshwar Pujara cannot describe in words the influence that Rahul Dravid has had on his life but says he will always remain grateful to him for teaching the importance of switching off from cricket.

Often compared to Dravid, who was considered the 'wall' of Indian cricket, Pujara said he is thankful to Dravid for teaching him how to keep personal and professional lives separate.

"He helped me understand the importance of switching off from cricket. I had the same thought, more or less, but when I spoke to him, it gave me a lot of clarity about it and I was sure of what I needed to do," he told ESPNcricinfo.

"I also saw in county cricket how they keep personal and professional lives separate. I value that advice a lot. Many people consider me to be focused. Yes, I am focused, But I also know when to switch off. There is life beyond cricket."

In his illustrious international career, Dravid amassed 13288 runs in 164 Tests and 10889 runs in 344 ODIs. He also captained India in 79 ODIs, winning 42 of them, which includes the world record of 14 successive wins while chasing.

"I cannot say in one line what Rahul bhai means to me. He has always been an inspiration, and will remain one," Pujara said.

His mental fortitude and batting technique is often compared to Dravid but Pujara said "despite my enchantment with him" he never tried to "copy him."

"There is a similarity in our games, but that's not because of my fascination with him. That came mainly through my experiences with Saurashtra, where I learned that scoring a hundred alone isn't enough, you have to carry your team," he said.

"That is how I learned responsibility - it is about helping my team to raise a big total, and for that I ought to attach importance to my wicket. I learned that from my junior cricket days with Saurashtra, which was a weaker team in domestic cricket."

A person has tested positive for Covid-19 at the Tokyo Olympics athletes' village, organisers said on Saturday, in the first such case that adds to concerns about infections at the Games which begin next week.

Tokyo 2020 CEO Toshiro Muto confirmed that a visitor from abroad who is involved in organising the Games had tested positive. He would not reveal the person's nationality, citing privacy concerns.

The Tokyo 2020 Olympics, postponed for a year due to the global pandemic, is being held mostly without spectators and under tight quarantine rules.

Athletes are just starting to arrive for the Games which run July 23 through Aug. 8.

Japan's public has been lukewarm about the Games amid a resurgence in new coronavirus infections and worries that an influx of foreign visitors may help turn the Tokyo Olympics into a super-spreader event, which in turn could put further strain on Japan's already stretched medical system.

The decision was taken in a meeting chaired by deputy chief minister Dr Ashwath Narayanand sports and youths services here at Vidhana Soudha.

Speaking to newsmen, Narayanand said that it was decided the meeting to invite Prime Minister Narendra Modi for the inauguration of the mega event, which will held at Kanteerava stadium.

He said that as many as 158 universities with 3182 sports persons besides technical officials, assistants, about 6000 persons are expected to participate in the event.

Stating that the event will be held for 12 days with 18 categories have been lined up.

He said the expected budget of Rs 40 cores required for the second edition of Khelo India in which state government share its part of Rs 20 cores.

The minister mentioned that for the purpose of holding events, a high level committee will be formed.

Meanwhile, for the finance approval the committee will be headed by Chief Minister B S Yeddiyurappa.

An executive committee will also be formed with headed by Karnataka sports and youth services minister Dr Narayna Gowda and other various committees will be formed later.

It was the first meeting and more such meetings will be done in future for the update details and information on the holding the event. 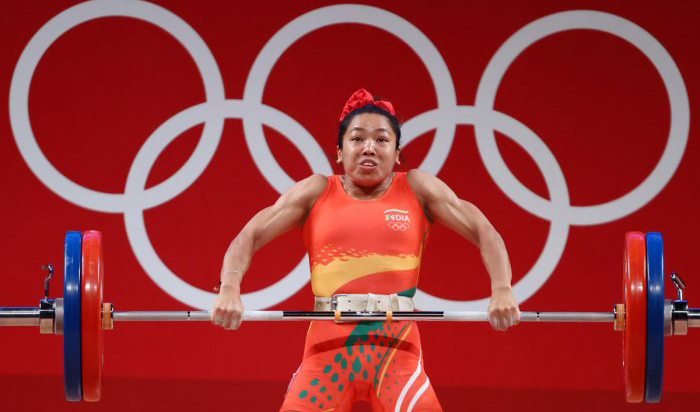 Mirabai Chanu bagged a silver medal in Weightlifting Women's 49 kg category at the Tokyo Olympics 2020. This is India's first medal at the Tokyo Games 2020. Details awaited