Bengaluru, Aug 7: Karnataka minister D K Shivakumar today appeared before the Income Tax department officials at the IT office here in connection with the raids conducted at various properties linked to him last week. 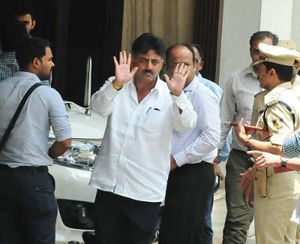 After being grilled by the officials for three consecutive days in connection with an alleged tax evasion case, the state power minister was issued summons to appear before the Income Tax department today for questioning.

Shivakumar, who appeared along with his brother and Bengaluru Rural MP D K Suresh, said the officials might call him again, whenever required.

"The Income Tax authorities have every right to summon and question any assesse, businessman or individual. I have come here several times earlier also. They had asked me to appear anytime after 11 am, so I have come here," he said.

He added that the IT officials discussed his earlier statement and treated him "very respectfully". "They are guiding me for my good," said Shivakumar.

He added that the officials did not ask him to come tomorrow or the day after and said they would inform him whenever required.

In a swoop down that has stirred a political controversy, the IT department, on August 2, began raiding various properties linked to Shivakumar, who hosted 44 Gujarat Congress MLAs at a resort on the city outskirts, to thwart the "poaching" attempts by the BJP ahead of tomorrow's Rajya Sabha polls in that state.

Ahmed Patel, the political secretary to Congress chief Sonia Gandhi, is a contestant in the election to the Upper House of Parliament from Gujarat.

During the IT raids at about 66 places across the country, the officials said they had seized cash and jewellery, worth over Rs 15 crore.

The IT department is yet to make an official statement regarding the outcome of the raids.

Asked about the 'panchnama' (seizure list) and details of the reported recoveries made by the IT sleuths, Shivakumar said, "I have asked for it. My auditor has to apply for it...they (IT officials) have asked us to apply in accordance with the procedure. I will ask my auditor to collect it."

Not divulging any details of the raids, Shivakumar, soon after the raids ended on Saturday, had said he would speak to the media in detail, only after getting the 'panchnama'.

Astrologer Dwarakanath and MLC S Ravi, considered close to the minister, also appeared before the IT officials for questioning today. 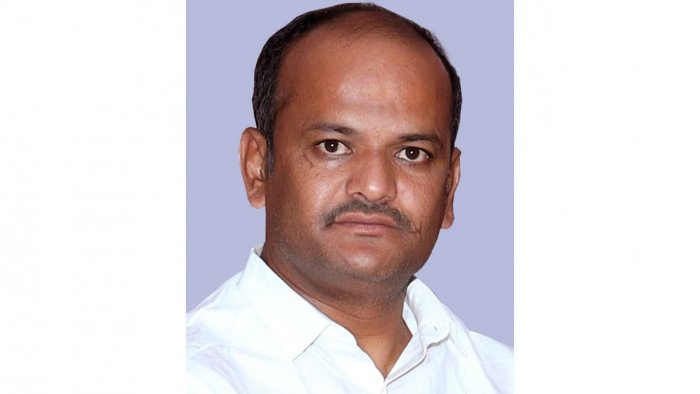 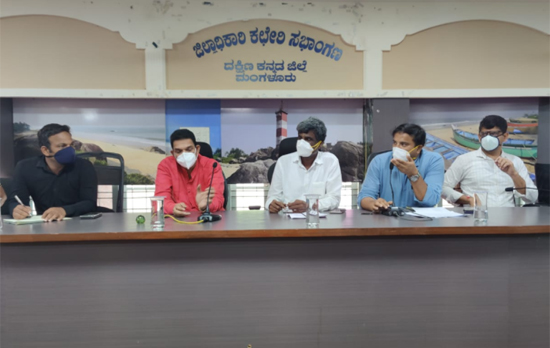 Karnataka Chief Minister BS Yediyurappa today announced that the entire state including Bengaluru city will go for a full lockdown for two weeks starting from April 27 night 10 p.m. in a bid to contain the raging COVID-19 crisis in the state.

The decision came following a Cabinet meeting that was held on Monday morning as the state registered a record high of 34,000 COVID-19 cases on a single day on Sunday.

“We have come to a decision after speaking to all ministers and experts,” Chief Minister BS Yediyurappa said in a press briefing after the cabinet meeting.

“In government hospitals vaccination will be free for people between 10-45 years. For those above 45 years, Union Government will provide vaccination free," the Chief Minister said. "From April 27 evening, stringer measures will be in place. Request vendors, shopkeepers to close right after so the police don't have to compel them."

Manufacturing sector constructions, agricultural activities will be allowed but garment factories are prohibited.

There will be no shortage of oxygen henceforth. The Union government has agreed to increase supply from 300 MT to 800 MT, he added.

Public transportation will not function. Goods can be transported from one state to another.

Takeaway from restaurants and home delivery of alcohol has been allowed.

The state especially capital Bengaluru is reeling under a crisis of ventilator and ICU-beds with patients needing to wait for hours to get admitted in hospitals. As of Monday morning, Karnataka has more than 1.6 lakh active cases with an overwhelming majority in Bengaluru.  In light of this, some members of the Technical Advisory Committee (TAC) which held its 99th meeting on April 24 in Bengaluru had advised for a two-week long down.

The state is already under night curfew and weekend lockdown under existing restrictions as the number of cases have been on the rise since the start of April.