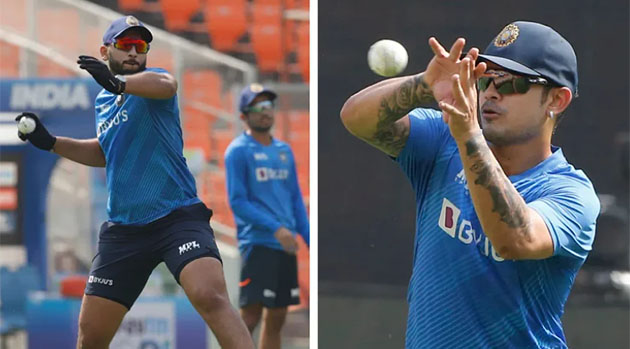 Ishan Kishan and Shahrukh Khan have been added to the squad for the ODI aginst West Indies as the Indian contigentent were hit by Covid-19 cases earlier this week.

The first ODI between India and West Indies is set to take place on Sunday, at Ahmedabad's Narendra Modi stadium. This will be India's 1000th ODI match as well. 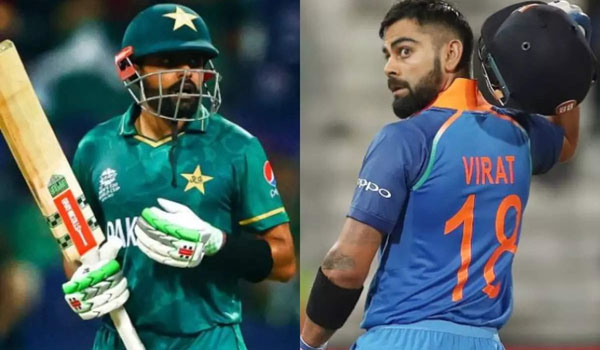 Tensions between India and Pakistan have resulted in the cricketing teams from the two nations only facing each other during ICC competitions. The last bilateral series between them was in 2012-13 and they haven't played a Test match since 2007. However, Indian and Pakistani cricketers like Virat Kohli and Babar Azam could be playing together in the same team as the Asian Cricket Council (ACC) is working towards the revival of the Afro-Asian Cup.

The Afro-Asian Cup was initially held in 2005 with the second edition being played in 2007. However, it gradually faded out due to broadcast and political issues. But according to Forbes, there are efforts - led by Indian governing body chief Jay Shah - being made to bring the competition back for the 2023 cricketing calendar.

It is understood that the updated version of the Afro Asian cup will be in the T20 format and is expected to be held in the June-July window of next year.  Discussions were first held during ICC's board meeting in April between BCCI secretary Jay Shah, African Cricket Association chairman Sumod Damodar and ACC chairman of development committee Mahinda Vallipuram.

Speaking about the possibility of the Afro-Asian Cup, ACC head of commercial and events Prabhakaran Thanraj said: 'We haven’t got confirmation from the boards yet. We are still working on the white paper and it will be submitted to both boards.'

'But our plan is for the best players from India and Pakistan to be playing in the Asian XI. Once plans are finalized we will go into the market for sponsorship and a broadcaster. It will be a massive event. Really, really big.' Thanraj said as quoted by Forbes.

Meanwhile, Sumod Damodar hopes that this competition can help 'build bridges' between India and Pakistan. ' It would be a beautiful thing to see players from Pakistan and India playing on the same team.' he said.

If the competition is given a green light to go ahead, players like Virat Kohli and Babar Azam could be seen playing wearing the same colours. Back in the mid-2000s, the Asian XI featured stars like  Shoaib Akhtar, Shahid Afridi, Virender Sehwag and Rahul Dravid while, while the African XI was a mix of players from South Africa, Zimbabwe and Kenya.

Further discussions are set to take place in the next month's ICC meeting as the plan is to make the Afro-Asian cup an annual thing and include associate nations as well. 'What we pump [revenue] back can go back to the members, particularly in Africa which needs more support. Africa has a lot to benefit' said Damodar.