The outages on Monday at Facebook, WhatsApp and Instagram occurred because of a problem in the company’s domain name system, a relatively unknown -- at least to the masses -- but crucial component of the internet.

Commonly known as DNS, it’s like a phone book for the internet. It’s the tool that converts a web domain, like Facebook.com, into the actual internet protocol, or IP, address where the site resides. Think of Facebook.com as the person one might look up in the white pages, and the IP address as the physical address they’ll find.

On Monday, a technical problem related to Facebook’s DNS records caused outages. When a DNS error occurs, that makes turning Facebook.com into a user’s profile page impossible. That’s apparently what happened inside Facebook -- but at a scale that’s temporarily crippled the entire Facebook ecosystem.

Not only are Facebook’s primary platforms down, but so too are some of their internal applications, including the company’s own email system. Users on Twitter and Reddit also indicate that employees at the company’s Menlo Park, California, campus were unable to access offices and conference rooms that required a security badge. That could happen if the system that grants access is also connected to the same domain  -- Facebook.com.

The problem at Facebook Inc. appears to have its origins in the Border Gateway Protocol, or BGP. If DNS is the internet’s phone book, BGP is its postal service. When a user enters data in the internet, BGP determines the best available paths that data could travel.

Minutes before Facebook’s platforms stopped loading, public records show that a large number of changes were made to Facebook’s BGP routes, according to Cloudflare Inc.’s chief technology officer, John Graham-Cumming, in a Tweet.

While the BGP snafu may explain why Facebook’s DNS has failed, the company hasn’t yet commented on why the BGP routes were withdrawn early on Oct. 4. 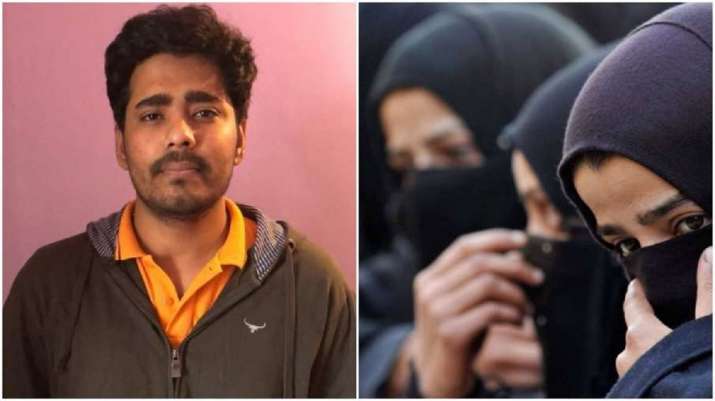 Delhi Police today arrested a Madhya Pradesh man who is the alleged creator of the application 'Sulli Deals'. This is the first arrest made in the "Sulli Deals" app case.

The app, which was launched last year, had listed Muslim women for 'auction' with photographs sourced without permission and doctored.

'Sulli Deals' and the recently created 'Bulli Bai' applications allegedly uploaded photos of Muslim women without their consent and inappropriate remarks were passed against them. Both the apps used the hosting platform 'GitHub' to auction the stolen photos.

The accused, Aumkareshwar Thakur, was apprehended by the Intelligence Fusion and Strategic Operations (IFSO) of Delhi Police in Madhya Pradesh's Indore.

Thakur, 26, did his BCA from IPS Academy in Indore and is a resident of Newyork City Township, they said.

Police said that Thakur developed the code for the 'Sulli Deals' on GitHub and shared the app on Twitter.

After the application 'Sulli Deals' was created, the members from this Twitter group allegedly uploaded photos of several Muslim women, including prominent personalities.

Thakur had deleted all his social media accounts after the app hit the headlines recently. Police are questioning him and scanning through the gadgets they found on him.

Police identified and arrested Thakur on the basis of the inputs they received during the questioning of 'Bulli Bai' app creator Niraj Bishnoi. Other than Bishnoi, three other accused have also been arrested in the Bulli Bai app case.

India's Covid-19 cases surged further on Friday as the nation reported 2,64,202 new Covid-19 infections, 6.7 per cent higher than yesterday, according to the Union Health Ministry data.

With today's spike, the nation's total tally of Covid-19 cases jumped to 3,65,82,129 which includes 5,753 cases of the Omicron variant, according to the Union Health Ministry data updated on Friday. There has been a 4.83 per cent increase in Omicron cases since Thursday.

The  active cases comprises 3.48 per cent of the total infections, while the national Covid-19 recovery rate has decreased to 95.20 per cent, the ministry said.

A total 2,76,110 coronavirus infections were reported in a single day on May 19.

The number of people who have recuperated from the disease surged to 3,48,24,706, while the case fatality rate  was recorded at 1.33 per cent.

The cumulative doses administered in the country so far under the nationwide Covid-19 vaccination drive has exceeded 155.39 crore.

While Omicron represents a new virus evolutionarily different from the Delta or previous variants, experts believe that the third wave is largely following the migratory pattern of the previous two waves.

Speaking on Thursday at a panel discussion titled Variants, Vaccines and Us, virologist Dr V Ravi, a member of Karnataka's Technical Advisory Committee (TAC), noted that the outbreak will potentially peak in the city by the end of the month, before moving to other districts.

India fears another covid catastrophe as cases continue to rise 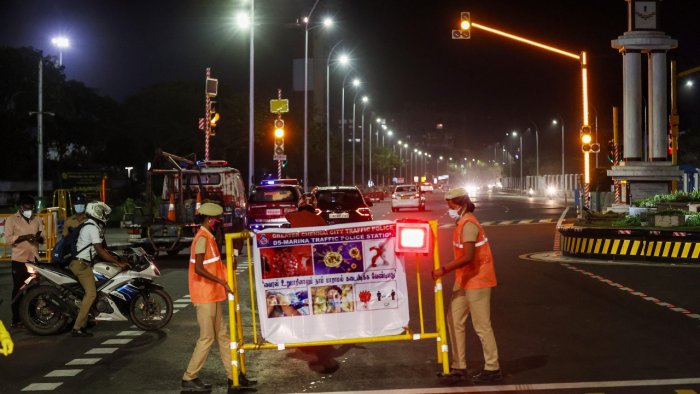 Haunted by the spectre of last year's crisis, India is bracing for a deluge of Covid-19 cases, with authorities of various megacities bringing in restrictions in a bid to keep infections in check.

Case numbers have yet to match the enormous figures seen last spring, when thousands died each day and the Hindu holy city of Varanasi maintained round-the-clock funeral pyres for the mass cremation of virus victims.

But daily infections nearly tripled over two days this week to more than 90,000, a surge driven by the highly contagious Omicron variant that some experts worry could again see the country's hospitals overwhelmed.

An overnight curfew has been imposed in the Delhi area that includes the capital, where weekend movement restrictions will begin on Friday evening, with all non-essential workers asked to stay home.

"Even a small percentage of a large number of cases translates to a large number in absolute terms," Gautam Menon, a professor at India's Ashoka University who has worked on Covid infection modelling, told AFP.

"This could potentially stress out health care systems to levels comparable to or worse than the second wave."

Doctors and nurses who spoke to AFP have so far been optimistic, with fewer severe cases among those patients admitted to hospital -- and with the benefit of experience.

"Last year, we didn't know what exactly we were dealing with. I think now, mentally, it's a little better," one frontline worker at a Delhi hospital said.

Suresh Kumar, director of Lok Nayak Jai Prakash Hospital in the capital, where cases have quadrupled from a handful at the start of the week to 20, said the rise was "not a cause for panic".

But local officials have watched the sharply rising case numbers with alarm and some of India's biggest urban centres have moved to impose restrictions again.

Earlier virus lockdowns were a hammer blow to the Indian economy and many are worried about the financial impact of new restrictions.

"I will be working only for 15 days this month," said Delhi resident Tumul Srivastava, whose office is subject to the 50 percent occupancy limits imposed by the city.

"My salary may be deducted. All this is adding to my anxiety."

India appears better placed to weather Omicron than it was ahead of the calamitous Delta wave it suffered last spring, when more than 200,000 people died in a matter of weeks.

Back then, hospitals ran out of oxygen and patients desperately scrambled to source medicine after a run on pharmacies.

That campaign, combined with last year's Delta sweep of towns and villages around the country, may help lessen the impact of the latest spread.

"Though we do not have data, this may give strong hybrid immunity against severe outcomes," University of Michigan epidemiologist Bhramar Mukherjee told AFP.

Preliminary studies have so far suggested the Omicron variant has led to less severe health consequences among those infected, despite its rapid spread.

Mukherjee warned however that an uncontrolled spread of new infections could still pose serious problems for India, even if the direct virus toll is a fraction of that seen last year.

"As you are witnessing in the US and UK, a major chunk of the working population being sick is affecting the societal infrastructure and leading to chaos," she said.

"I am afraid there may be a period in India when we see the same thing -- just the sheer volume may make the system crumble."