Mangaluru, Mar 11: Acclaimed documentary film maker Anand Patwardhan has said that more than the war on borders, it is the war within the country that needs to be fought fiercely.

He was speaking during an interactive session with the audience after the screening of his recent film ‘Vivek/Reason’ held as part of Media Manthan orgnaised by the department of Journalism and Mass Communication, St Aloysius College (Autonomous).

Mr Patwardhan said: “There is an undeclared emergency within the country that puts an end to all those who question the establishment. Rationalists, academicians, and editors who raise questions are all systematically silenced.”

Answering a question referring to the emergency, Mr Patwardhan noted that one could at least embarrass the governments in the past. But, one could not do so now, as the government was unapologetic about all its wrong moves and inaction.

The eight part film screening was attended to by students, activists, academicians and representatives from civil society groups who raised many questions about the developments in the country.

To a question about the electronic media and its complete surrender to the establishment, Mr Patwardhan opined that the media, especially the electronic media, was in the hands of the corporates and they were more than happy to toe the official line. “What exasperates the dynamics further, is that many politician too own the media and they are able to carry on the agenda or set the agenda in the newsrooms.”

As regards the challenges he faced making the film for four years, he said quite humorously that, “Making the film was less difficult than reaching it to the masses.”

Bengaluru, Apr 25: A decision on imposing lockdown like restrictions on all days of the week in Karnataka, which is facing a huge spike in Covid-19 cases, is likely to be taken by the state cabinet on Monday.

While ministers on Sunday said a decision in this regard was likely during the cabinet meeting, official sources said another one on the matter of free of cost vaccinations might also be taken.

"Weekend curfew restrictions are in place till May 4 and as per the guidelines, it will be there next Saturday, Sunday also. Discussions are on whether to enforce a curfew on weekdays, whether to go for complete lockdown or not," Industries Minister Jagadish Shettar said.

Speaking to reporters in Dharwad, he said it would be discussed at the cabinet meeting tomorrow, following which Chief Minister B S Yediyurappa would announce the decision. "We are not in favour of lockdown, but the situation is such that we have to impose restrictions to bring things under control...we have to break the chain, it is a matter of 10-12 days, let's see... once the numbers (cases) come down, restrictions will also reduce," he added.

The state cabinet is scheduled to meet at 11 am on Monday. According to Covid-19 guidelines that are in place from April 21 to May 4, night curfew has been imposed in the entire state from 9 pm to 6 am every day and there will be a weekend curfew from Friday 9 pm to Monday 6 am.

During the weekend curfew that began on Friday night, Bengaluru and most other parts of the state wore a deserted look with businesses and restaurants remaining shut and vehicles staying off the roads. Barring the 6 am to 10 am period when the public were allowed to purchase essential items like milk, groceries, and vegetables, among others. People largely stayed indoors and cooperated by following the restrictions.

Stating that no decision has yet been taken by the government on lockdown, Deputy Chief Minister C N Ashwath Narayan said it would discuss and take a decision based on what the CM or the Health Minister places before the cabinet on this issue. He said suggestions have been put forward for "Janata curfew", wherein people voluntarily decide not to come out unnecessarily.

However, Home Minister Basavaraj Bommai said "such proposals (lockdown) did not come during yesterday's meeting. So I don't want to comment on speculations. For now things will continue as it is."

The state government had last week imposed night and weekend curfew amid intense speculation that it may go for lockdown-like restrictions in Bengaluru and few other places, with former Chief Minister and JD(S) leader H D Kumaraswamy too demanding for it.

State Congress President D K Shivakumar had subsequently said it seemed that the government, which had planned to impose lockdown last week, changed it, after Prime Minister Narendra Modi's address to the nation, during which he requested states to use it as a last resort.

Shivamogga, Apr 30: The Congress has emerged victorious against the BJP in the Thirthahalli town panchayat polls.

Of the 15 wards that went to the polls, Congress won nine while the BJP was able to win only six seats. The results were announced on Friday.

With this victory, Congress has managed to end the BJP's 23-year-old dominance in the town panchayat. The collective efforts of former minister Kimmane Ratnakar and Congress leader R M Manjunath Gowda are said to have produced desirable results.

The BJP's defeat, however, has dealt a huge blow to MLA Aaraga Jnanendra. 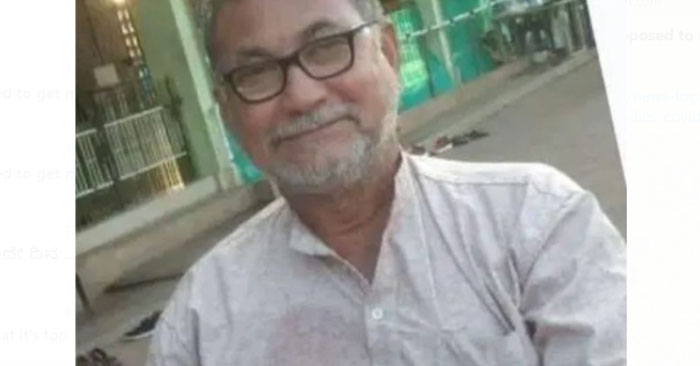