Editor
March 7, 2012
The results of Assembly election in five States have once again mirrored the maturity of the Indian voter. The fact that five of the four States have thrown up clear verdict shows that the stability of a government is a major concern for the common man. Although the Congress and BJP are virtually tied in Uttarakhand leaving scope for both the parties to woo the smaller groups and independents, the result could be interpreted as a verdict against the corrupt and inefficient BJP government. It was only because General K.C. Khanduri was brought in as the chief minister few months before the election, the BJP was able to regain some lost ground. It is an irony that Khanduri, who almost tilted the scale in BJP’s favour, could not win his own Assembly seat. 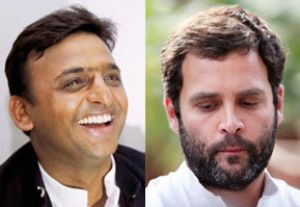 The voters have also taught fitting lessons to the national parties – both Congress and BJP – by rejecting their communal politics. The fact that both the parties were cut to size shows that the electorate do not fall prey to emotional issues any more. The BJP, which surprisingly underplayed its Hindutva card and kept off hardcore leaders including Narendra Modi and Varun Gandhi from campaigning, would be utterly disappointed with how things panned out in Uttar Pradesh. The saffron party had considered the elections in UP as a platform to launch its push for the Delhi throne in 2014. But, party had to suffer due to its communal baggage and also due its failure to project a State-level leader. The fact that Uma Bharati, who had been the chief minister of Madhya Pradesh, had to stand in as the captain speaks volumes about how rudderless the party was in the UP.

The result has also come as a big jot to the Congress, which could hardly retain the gains it had made during the 2009 parliament elections. The performance of the Congress was also watched keenly across the country as the campaign was being led by young Rahul Gandhi, who is seen as the prime minister-in waiting in some circles. Despite the high-pitched campaigning the scion of the Nehru family could not take the party forward. In fact, the performance of the party in his own Amethi and the neighbouring Raibareli, represented by his mother, was so pathetic that they could win just two of the 10 seats in the region. The Muslim quota card played by the Congress also fell flat on its face. As rightly admitted by Gandhi it was the skewed fundamentals of the party that has been the stumbling block for the century-old party in the UP. The veiled threat by the Congress leaders about a possible governor’s rule in the UP must have also prompted voters to come out in large numbers and cast their vote decisively in favour of Samajwadi Party.

To say that the victory of Samajwadi Party in UP was a phenomenal achievement would be an understatement. The party virtually decimated its rival Bahujan Samaj Party riding on the strong anti-incumbency wave generated by years of misrule and corruption. That the SP surpassed the BJP’s 1991 tally of 221 seats achieved during the Ram wave speaks for itself. Mayawati, who came back to power in 2007 winning 206 seats, has to blame herself for the reverses her party has suffered. The lawlessness and the rampant corruption wiped away whatever positive impact she had made in the early years of her tenure. In the end, the statues she built for herself became a metaphor for the regime’s obsessive self-indulgence. In fact, she had seen the writing on the wall, but it was too late. She had in fact sacked several corrupt ministers and had denied tickets to more than 100 sitting legislators. The caste chemistry she had struck last time around with her Brahmanjod slogan, also could not help her consolidate beyond the traditional vote bank. 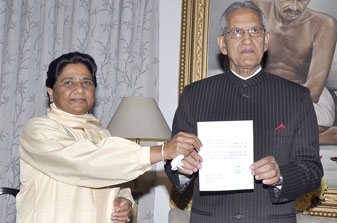 The stellar performance of SP could be attributed to its organizational strength and the leadership. Along with the traditional OBC votes, the party was able to attract Muslims, who considered it to be more secular than the Congress and more honest than BSP. As pointed out by Mayawati, nearly 70 per cent of the Muslims voted for the SP tilting the scales heavily in favour of Mulayam Singh, who had endeared himself to minorities by dumping Kalyan Singh. Akhilesh Yadav brought with him a young look to the party and responded to the aspirations of the younger generation by bringing out a separate manifesto for the youth. The other factor that worked in favour of the party was the sudden image makeover Mulayam Singh Yadav effected by distancing himself from politicians with criminal antecedents and power brokers like Amar Singh, who had nearly converted SP into a party of corporate honchos.

In Punjab, the Shiromani-Akali Dal combine created a history by becoming the first government in 46 years to return to power. The Goa results are also significant in the sense that the electorate decisively dumped ruling Congress, which had become a metaphor for corruption as a number of its leaders were allegedly involved in illegal mining. The fact that BJP candidates could win seven of the catholic-majority constituencies in Goa shows that the voters raise above communal lines when it comes to dislodging a corrupt and non-performing government. The Tuesday’s results have once again reinforced the point that the India has moved beyond the bipolar coalition politics and set the stage for yet another revival of the third front. The results of the UP will also make the Presidential elections scheduled for July and the next round of Assembly polls in 2012 more interesting before the 2014 finale. But, as of now no one is willing to hazard a guess if the present UPA government will last its full term or the country is in for an early election.