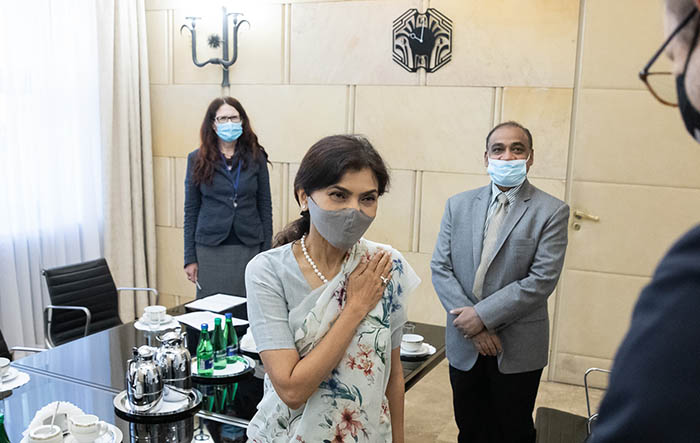 State Minister for Health and Family Welfare and Medical Education Sudhakar K will meet the Technical Advisory Committee on Tuesday (October 26) and consult CM Bommai on the same.

Around 20 samples of a variant of the SARS-CoV-2 called ‘AY.4.2’ have been identified from India, with the earliest sample having been collected in May this year.

AY.4.2 is a sub-lineage of the Delta variant of the Covid-causing SARS-CoV-2 virus. Delta continues to be the most dominant variant circulating in India.

Bengaluru, Oct 17: Karnataka Chief Minister Basavaraj Bommai on Sunday hinted at reducing cess and sales tax on petrol and diesel in the state to ease the fuel prices which have touched an all-time high.

Speaking to the media, Bommai said it all depends on the economy. "I have called an economic review meeting. If the economic situation seems to be good, there is possibility for the consideration," he added.

Earlier, the Chief Minister had rejected any tax deduction on fuel in the state. The petrol price has reached Rs 109.16 per litre and diesel price has touched Rs 100 in Karnataka.

The Opposition Congress has demanded a reduction of taxes on fuel on similar lines of the Tamil Nadu government which has reduced the taxes on petrol by Rs 3 per litre.

The Congress has blamed the ruling Bharatiya Janata Party governments for the hike in fuel prices.

Bommai had defended that during the United Progressive Alliance (UPA) government, fuel prices had increased by 60 per cent between 2004 and 2014 while fuel prices have risen by 30 per cent in seven years of Prime Minister Narendra Modi's government.

Leader of Opposition Siddaramaiah targeted the present BJP government, saying that inflation under its tenure is nothing but criminal loot.