Lakshadweep – Another Victim of the Hindutva Agenda 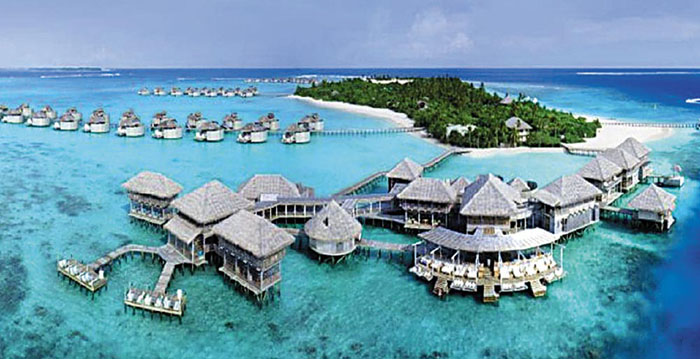 Several controversial legislative proposals in Lakshadweep have given way to protests by the indigenous population of the island. The legislation are said to attack their livelihood and lifestyle, and the locals of the island are fighting back.

Praful Patel was appointed administrator of Lakshadweep in December 2020. Unlike what is customary, he is not an IAS officer and was formerly a BJP MP. He served as Home Minister of Gujarat while PM Modi was Chief Minister. He replaced Amit Shah after he resigned following the accusation of Sohrabuddin Sheikh Shah’s alleged extra-judicial killing.

Prior to this, he was also Administrator in Daman and Diu and Dadra and Nagar Haveli. Like the legislations being protested in in Lakshadweep at the moment, they, too, saw a series of attacks against the livelihood of the indigenous people.

A few of the legislations being implemented in Lakshadweep are the ban of cow, bull, calf slaughter and the ban of storage and selling of beef, the legalization of alcohol, the inability for anyone with more than two children to contest elections etc. There are also some very contentious policies about land ownership and modification.

When taken individually, while they are still arbitrary and unnecessary, they seem almost innocuous. The sinister idea is visible only when one looks at them all at once. The big picture, as it has been since 2014 for Indian Muslims, is grim.

Lakshadweep has an overwhelming majority of Muslims, standing at over 95% of the total populace. In addition to this, over 94% come under Scheduled Tribes.

Keeping this in mind, it is not surprising that the archipelago does not see the sale of alcohol, and sees no issue with the consumption of beef. With the current push for a Brahmin-centered Hindutva ideology, mainland India’s obsession with homogeneity has not quite reached the island yet.

Praful Patel’s policies have been called ‘anti-people.’ The people of Lakshadweep have accused him of taking advantage of the fact that people are unable to mobilize at the moment due to COVID to implement policies that hurt the indigenous people of Lakshadweep. They say that it not only destroys their livelihood, but also their culture. The internet has been taken by a storm of activists tweeting #SaveLakshadweep and demanding the recall of Praful Patel.

The BJP does not keep their biases a secret. From the changing of the name of Allahabad to Prayagraj, the whole fiasco surrounding the destruction of Babri masjid, the various open statements by Pragya Thakur to the CAA-NRC conflict, their stance is clear. It has been clear for decades, now.

When Article 370 was abrogated and Kashmir was put into lockdown, India expected it to be an exception to the rule. That the same could not occur in the rest of India. After all, Kashmir has been disputed land right from the time of independence. The atrocities committed in Kashmir, internationally acknowledged as human rights violations, seemed disconnected from India to a huge number of Indians.

The jailing of student activists fighting against the CAA-NRC, the suppression of dissent, the lathi charges during protests, the existence of UAPA are all symptoms of a larger problem. The legislations in Lakshadweep are the latest in a long line of a bigoted pattern falling into place.

The act of genocide does not only involve brutal massacre. It is larger than that. It a systemic thing. It is an attempt to rewrite history and omit a community’s existence in that land. Erasure of culture is the first step to genocide. 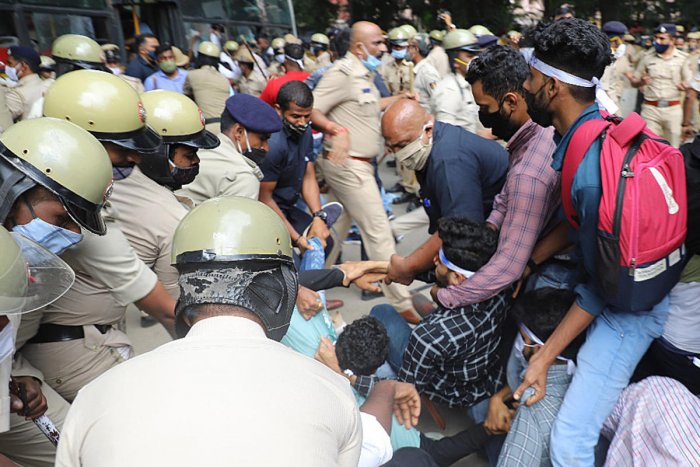 Dubai, Sept 14: The UAE Cabinet has issued Resolution No 83 of 2021, designating 38 individuals and 15 entities on its approved list of persons and organisations supporting terrorism (Local Terrorist List).

The resolution underscores the UAE's commitment to target and dismantle networks that finance terrorism and its related activities.

The resolution demands that regulatory authorities monitor and identify any individuals or entities affiliated with or associated with any financial, commercial or technical relationship and take the necessary measures according to the laws in force in the country in less than 24 hours.