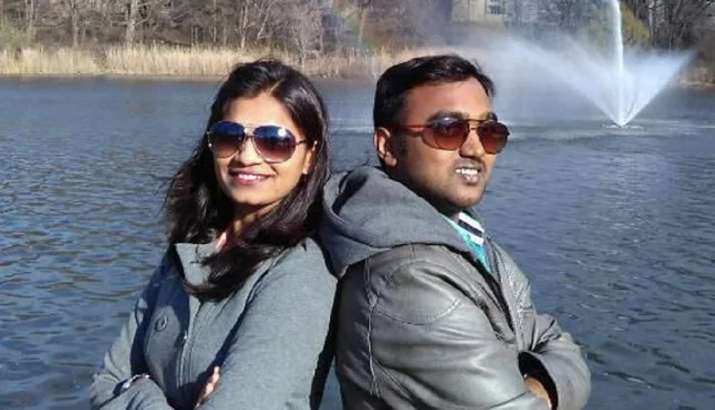 New Jersey, Apr 9: An Indian couple was found dead at their home in the US after neighbours saw their four-year-old daughter crying alone in the balcony of their house, family sources said on Friday.

Some US media outlets said the couple died of an apparent stabbing in their North Arlington apartment.

The husband apparently stabbed and sliced his wife in the abdomen as she unsuccessfully tried to fight him off in their living room, a US media report said.

The bodies of Balaji Bharat Rudrawar (32) and his wife Arati Balaji Rudrawar (30) were found at their 21 Garden Terrace apartment in the Riverview Gardens complex of North Arlington borough in New Jersey which has just over 15,000 residents.

"The bodies were found on Wednesday after neighbours saw my granddaughter crying in the balcony and informed the local police who then entered the house," Balaji's father Bharat Rudrawar told media.

Some local US newspapers quoted a press release from the county prosecutor's office which said officers forced their way inside the apartment and found the couple dead.

"Investigators were waiting for the medical examiner to determine the cause and circumstances of the death, but confirmed both victims had been stabbed," the report said.

"The local police there informed me of the tragedy on Thursday. There is no clarity yet on the cause of the death. The US police said they will share findings of the autopsy report," Rudrawar said.

"My daughter-in-law was seven months pregnant," he said. "We had been to their house and were planning another trip to the US to be with them again," he said.

"I am not aware of any possible motive. They were a happy family and had lovely neighbours," he said when asked if he suspected foul play.

"I was informed by the US authorities that it will take at least 8 to 10 days for the bodies to reach India after necessary formalities," he said.

"My granddaughter is now with a friend of my son. He had several friends in the local Indian community, which has a 60 per cent population in New Jersey," he said.

Balaji Rudrawar, an IT professional from Ambajogai in Maharashtra's Beed district had moved with his wife to the US in August 2015 after they got married in December 2014, said his father, a businessman from the temple town, around 500 km from Mumbai.

While Balaji was working there for a prominent Indian infotech company, his wife was a homemaker, Rudrawar said.

24 patients die after hospital runs out of oxygen in Chamarajanagar

Chamarajanagar, May 3: In a major tragedy in Karnataka's Chamarajanagar, several covid-19 patients have died in the last 24 hours as a hospital ran out of medical oxygen.

According to reliable sources, at least 12 COVID-19 patients died in Chamarajanagar district hospital due to oxygen shortage. A dozen others lost their lives due to severe ailments. A total of 24 deaths were reported in a day at the district hospital.

The patients being treated were on ventilators.

"From Sunday till Monday morning, a total of 24 people have died. We can’t say whether all have died due to lack of oxygen," Dr MR Ravi, Deputy Commissioner said.

Karnataka Chief Minister B S Yediyurappa has spoken to Chamarajanagar district collector over the incident and has called an emergency Cabinet meeting on May 4.

This is a second such incident in less than 24 hours. On Saturday, four Covid patients died of oxygen shortage in KBN Hospital in Kalaburgi. Before that, one Covid patient had died in Yadgir government hospital after the power went off.

Over the last few weeks, several patients have lost their lives as hospitals across the country have been facing a massive shortage of oxygen.

Last week, eight patients lost their lives due to a shortage of oxygen at Batra Hospital in Delhi.

Meanwhile, the total coronavirus cases in Karnataka crossed the 16-lakh mark, as 37,733 tested positive in a day, while 217 patients succumbed to the infection on Sunday (May 2). 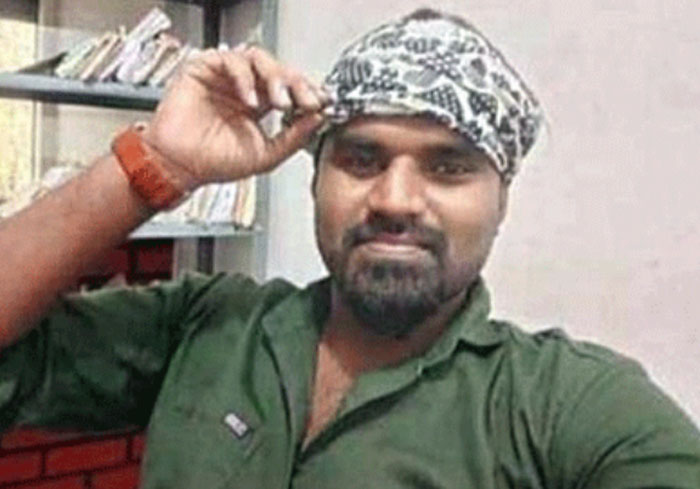 Chikkamagaluru, Apr 29: After testing negative twice in 10 days, a 32-year-old man from Chikkamagaluru died at a designated Covid hospital in Shivamogga on Wednesday evening, a day before his marriage. Tests conducted after his death confirmed he had Covid, a family member said.

He was cremated as per covid guidelines in his village on Thursday, barely hundreds of metres from a choultry that was to host his marriage.

Prutviraj DM, from Devarakodige in Koppa taluk of Chikkamagaluru district, returned home from Bengaluru two weeks ago after the government decided to impose night curfew in eight big cities to stem the rising tide of Covid cases.

The bridegroom used to work as a sales executive in Bengaluru. He is the eldest son of Manjunath, a farmer from Devarakodige. Early this year, his marriage was fixed for April 29.

Though his health condition wasn’t good as he suffered from stomach ailment and breathlessness after his return from Bengaluru, families of the groom and the bride decided to go ahead with the wedding plan as he tested negative for covid-19 twice.

Yediyurappa was undergoing treatment in hospital as he was infected with the coronavirus on April 16, the second time in nine months. He was discharged earlier today six days after being tested covid positive.

Yediyurappa, 78, is likely to remain home for the next couple of days following the advice of doctors.

“I’m doing alright. I’ve called a meeting of ministers at 4 pm at home,” Yediyurappa told reporters. “Directions are being issued on what they need to do in the districts. I’ve been in constant touch with my chief secretary P Ravi Kumar, the law minister and others on the situation,” he said.

“The situation is deteriorating with each passing day. In every house, 3-4 people are infected,” Yediyurappa said.

“I request people with folded hands: Don’t step out of your homes unnecessarily. This is deteriorating the situation and we’ve reached a stage where things have become uncontrollable,” he said, and stressed on the importance of wearing masks, sanitizing and keeping physical distance. “There’s no other way to stop Covid.”

The government had taken strict measures already, he said, referring to the weekend curfew. “Don’t make the police take action. I request citizens to cooperate.”