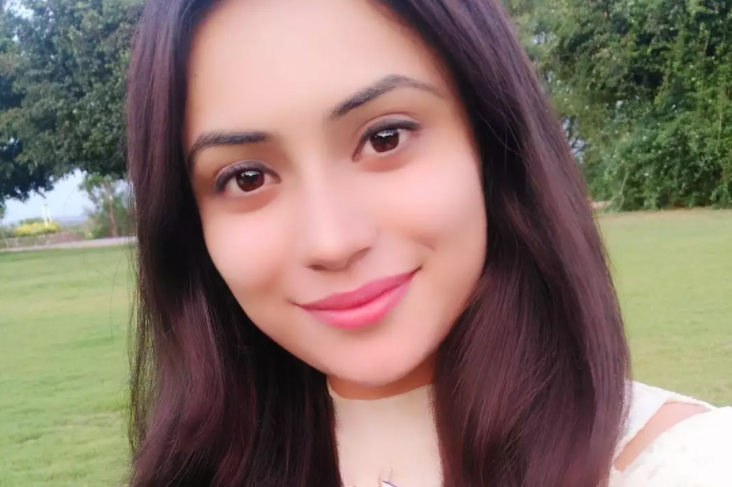 Hubballi, Apr 27: Kannada actress Shanaya Katwe has been arrested by Hubballi Rural police in her brother, 32-year-old Rakesh Katwe’s murder case. His decapitated head was found in Devaragudihal forest area and the remaining parts of his mutilated body were dumped across Gadag Road and other different parts of Hubballi, according to reports.

The Dharwad district police have nabbed 4 other suspects who have been identified as Niyazahemed Katigar (21), Tousif Channapur (21), Altaf Mulla (24), and Aman Giraniwale (19), living in the city, reported the New Indian Express.

During the investigation, it came to light that Rakesh’s murder had a connection with his own sister, Shanaya who was allegedly in love with the accused Niyazahemed Katigar. Rakesh had opposed their love affair which prompted Niyazahemed to plot his murder.

The reports also suggest that the gruesome incident took place at Shanaya and victim Rakesh’s house in Hubballi when the actress had visited the city to promote her film. Rakesh is said to have been strangled to death. Katigar and his friends reportedly chopped the body, and dumped the pieces across various places in and around the city.

Model-turned-actress Shanaya made her acting debut in 2018 with the Kannada film ‘Idam Premam Jeevanam’ and was seen in the recent adult comedy ‘Ondu Ghanteya Kathe’.

Vijayawada, Apr 23: All India Newspaper Employees Federation (AINEF) vice-president Chaladi Purnachandra Rao has claimed that 13 journalists have lost their lives due to Coronavirus while discharging their duties in Andhra Pradesh and Telangana states during the last seven days.

Mr.Purnachandra Rao said in a statement here on Saturday that 13 Journalists had lost their lives during the past week due to Covid -19 in Andhra Pradesh and Telengana States and appealed to the Andhra Pradesh and Telangana state governments to extend financial help to the bereaved families.

Mr. Purnachandra Rao appealed to both the State Governments to announce financial assistance to the bereaved families and extend the required help.

New Delhi, Apr 21: Authorities scrambled to shore up supplies of medical oxygen to hospitals in Delhi on Wednesday as a fast-spreading second wave of coronavirus stretched medical infrastructure to breaking point, officials and doctors said.

India, the world's second-most populous country, is reporting the world's highest number of new daily cases and approaching a peak of about 2.97 lakh cases in one day that the United States hit in January.

The latest data released by the health ministry showed there had been 2,95,041 new infections nationwide overnight and 2,023 deaths, India's highest in the pandemic.

Delhi's government hospitals reported they only had enough oxygen to last another eight to 24 hours while some private ones had enough for just four or five hours.

"We are facing huge problems in oxygen supply but somehow we are managing. Yesterday, it was very critical. We had only four to five hours oxygen in the evening," said Ronit Kumar, head Biomedical Engineering at Fortis Escorts Heart Institute.

Replenishment came before dawn on Wednesday, with enough to last through the day, he said, adding they were pushing their suppliers. "Since they are also facing huge requirements, so I don't know. I have not got confirmation," he said.

Delhi, like large parts of India, lets its guard down when the virus seemed to be under control, allowing big gatherings such as weddings and festivals as daily infections fell to fewer than 1,000 during the winter, health experts said.

On Tuesday, the city of 20 million recorded 28,395 new cases and 277 deaths, its highest since the pandemic began. Every third person tested for coronavirus was found positive, the state government said, piling the pressure on health infrastructure.

Prime Minister Narendra Modi said India faced a coronavirus "storm" overwhelming its health system and the government was working with state governments and private companies to deliver oxygen with "speed and sensitivity".

"The central and state governments, as well as the private sector, are together trying to ensure oxygen supplies to those in need. We are trying to increase oxygen production and supply across the country," Modi said in his address to the nation on Tuesday evening.

A source at Indraprastha Apollo Hospital in New Delhi, a top private hospital, said staff had a “crazy night” as they ran short of oxygen but two tankers finally arrived after midnight. The hospital has 12 to 14 hours of oxygen left for 200 patients relying on it, the source added.

“We were hand to mouth but hoping the supply levels will increase from today,” said the hospital source, who is not authorised to speak to media.

Modi has faced accusations that his government did not prepare for the second wave and instead allowed gatherings such as the Kumbh Mela and political rallies that he himself addressed to go ahead.

"I feel your pain, those who have lost loved ones," he said in the Tuesday evening address.

There were no beds for Covid-19 patients in about 80 of 142 hospitals in Delhi, according to government data.

Saurabh Mittal, a New Delhi-based businessman, who was trying to help someone get treatment said he called a hospital that a government database showed had beds free but the operator said they were full and could not take anyone.

"I told them there is online availability but they said the real-time data showed no beds,” Mittal said.

9 districts of Karnataka including Udupi have no oxygen bottling units

Bengaluru, May 4: A startling fact that emerged out of the Chamarajanagar tragedy is the absence of an oxygen bottling plant in several districts. As many as nine districts of Karnataka - Gadag, Chikkaballapur, Chitradurga, Bidar, Yadgir, Chamarajanagar, Kodagu, Mandya and Udupi rely on neighbouring districts for oxygen in the absence of a dedicated plant.

This increased dependency on neighbouring districts has led to uncertainty in supply as logistical issues like distance, time, condition of oxygen tankers and breakdowns have affected the timely delivery of oxygen.

Chitradurga, for example, relies on oxygen supply on Davangere. Chitradurga DHO Dr Palaksha C L, said, "We have a storage capacity of 6,200 litres at the district hospital. Even then we need oxygen refilling every alternate day from Southern Gases in Davangere. We've got 60 jumbo cylinders and another 90 donated by NGOs."

Surprisingly, Yadgir district hospital gets 2,500 litres of oxygen all the way from Chennai. The oxygen is transported from Praxair company in Chennai to Ballari and then to Yadgir, said district health officer Dr Indumati Kamshetty. "The entire district needs 5,000 litres per day. While private hospitals get it from the Kalaburagi district, we get it twice a week from Chennai via Ballari. We do not have the luxury of waiting till some hours of oxygen is left so we get a refill when there's a buffer stock of two to three days as it takes days to travel and reach here," she said.

Mandya District Health Officer Dr Manche Gowda said they rely on Mysuru for the supply. While Mandya Medical College has a 13 kilolitres capacity, Adichunchanagiri Institute of Medical Sciences has another 13 kilolitres, Sanjo Hospital has two kilolitres storage. "We get a refill three to four times a day if there's a requirement. While the government hospitals alone require 350 jumbo cylinders, we need 500 per day," Gowda said.