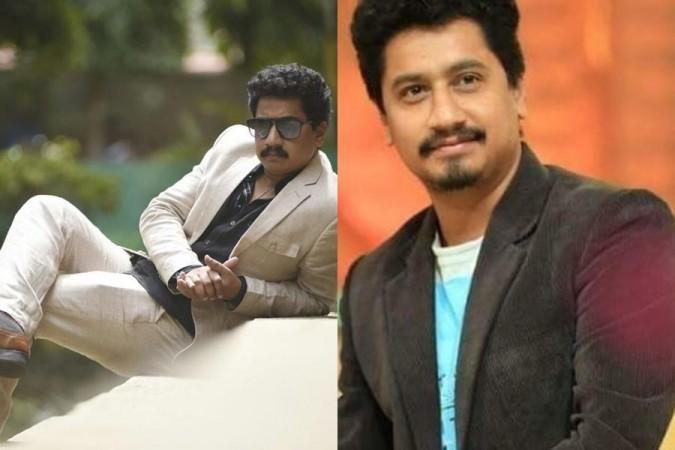 Vijay, known for his performances in Nathicharami and Nanu Avanalla Avalu was admitted to Fortis Hospital in Bengaluru on Sunday after meeting with a road accident while heading home.

On Monday, doctors had declared him brain dead and his family members had agreed to donate his organs.

Vijay Kumar Basavarajaiah, known by his stage name Sanchari Vijay, was known for his work in Kannada cinema. He also appeared in Tamil, Telugu and Hindi films, after beginning his career as a stage actor. He trained on stage from Sanchari Theatre, a culture centre with its own drama troupe, based in Bengaluru.

Vijay hailed from Chikmagalur. His father Basavarajaiah was an actor and his mother Gowramma, a folk singer. As a child, Vijay played minor roles on stage. In a 2017 interview, he recalled, "I had never imagined that I will end up being an actor. Yes, I did have some qualities like enacting my favourite roles after watching a film or a drama, but all of this was in the past, as later, I started getting serious about education. In fact, even while studying, my friends would notice my acting skills."

After graduating with a bachelor of engineering degree, Vijay worked as a lecturer in a college before moving to Bangaluru and taking up stage acting professionally.

Vijay made his debut in films with the 2011 Kannada film Rangappa Hogbitna. It was followed by a minor role in Rama Rama Raghu Rama, before he received recognition for his performance in Dasavala. He was later cast in Oggarane (2014) and as lead actor subsequently in Harivu.

In Naanu Avanalla...Avalu, his portrayal of a transgender person won him the Best Actor Award at the 62nd National Film Awards. With the award win, Vijay became the third actor after M. V. Vasudeva Rao and Charuhasan to win the National Award for Best Actor for performing in a Kannada film. At the same awards, Harivu won the award for Best Feature Film in Kannada. 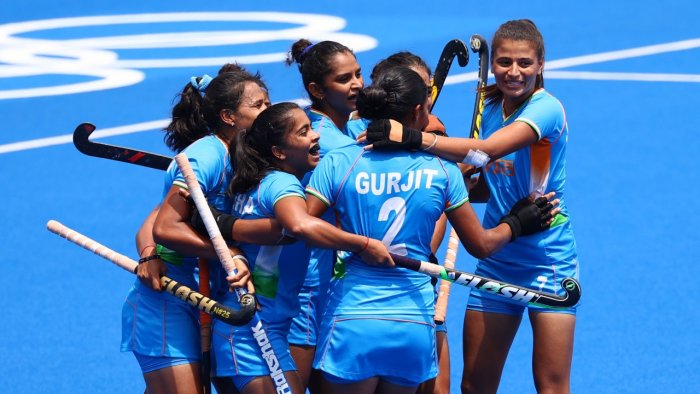 The Indian women's hockey team scripted history on Monday by qualifying for the Olympic Games semifinals for the first time, beating three-time champions Australia by a solitary goal here.

A day after the Indian men's team entered the Olympic semifinals following a 49-year gap, the world no. 9 women's side also entered the history books with a phenomenally gritty performance.

Coming into the match, the odds were totally against India as in world no.2 Australia, a mighty unbeaten opponent, awaited them in the last eight round.

But the Indians, determined to prove a point, produced a strong and brave performance to eke out the narrow win over the Hockeyroos.

Drag-flicker Gurjit Kaur rose to the occasion when it mattered and converted India's lone penalty corner in the 22nd minute to surprise the Australians.

India's best performance in the Olympics came way back in the 1980 Moscow Games where they finished fourth out of six teams.

In that edition of the Games, women's hockey made its debut in the Olympics and the sport was played in a round-robin format with top two teams qualifying for the final.

The Rani Rampal-led side will play Argentina in the semifinal on Wednesday.

Beijing, July 23: Xi Jinping has made his first visit to Tibet as Chinese president, affirming Beijing’s control over a region where its military build-up and ethnic-assimilation polices have drawn international criticism.

Xi made a rare visit to Nyingchi, a strategically located Tibetan border town close to Arunachal Pradesh. Nyingchi is a prefecture-level city in Tibet.

Radio Free Asia published a video of Xi walking along a street lined with cheering people, and the Chinese leader waving from the open window of a minibus. Robert Barnett, a British academic who has written about Tibet, posted videos showing Xi speaking to Tibetans.

“All regions and people of all ethnicities in Tibet will march toward a happy life in future,” Xi says in a video Barnett posted. “I am full of confidence as you all are. Lastly, I will not delay your dancing. Let me say this: I wish everyone a happy life and good health.”

The People’s Republic of China earlier this year marked the 70th anniversary of its assertion of sovereignty over Tibet. That was was part of a broader effort by Mao Zedong’s communists to consolidate control over territory historically claimed by China before decades of colonialism, war and internal strife.

The region has been at the center of ongoing border tensions with India. Both sides have reorganized forces to the region after the deadliest fighting in decades last year.

China has faced criticism for its policies in Tibet, which has been subject to intense social, security and religious controls, much like its northern neighbor Xinjiang. In May, Wu Yingjie, the Communist Party chief of mostly Buddhist Tibet, lauded the progress Beijing has made developing the region, saying: “religion has been increasingly compatible with a socialist society.”

In September last year, prominent Xinjiang researcher Adrian Zenz released a report alleging that Beijing was instituting a mass labor system in Tibet similar to the one that has ensnared Muslim Uyghurs. Tibet Governor Qi Zhala said at the time that forced labor transfer “does not exist,” maintaining the local government was focused on providing job training.

Radio Free Asia reported that security measures limiting people’s movements in public were in place in Lhasa, and that work at factories and construction sites has been halted. A ban on flying drones and kites was also in place, it said.

Tenzin Lekshay, a spokesman for the Tibet government in exile in northern India, said in a tweet that Xi should “understand the true aspiration of Tibetan people and resume the dialogue to resolve the Sino-Tibetan conflict.”

‘I had to handle the situation all by myself’: BSY taunts Centre after stepping down

Bengaluru, July 26: B S Yediyurappa, who stepped down as the chief minister of Karnataka today, fired a salvo at the Centre as he described his tenure as ‘trial by fire’.

“It was an agniparikshe from day one,” he said. “As soon as I took charge as CM, the state witnessed unprecedented floods. But the Centre didn’t allow me to form my Cabinet. I had to handle the situation all by myself,” he said.

This was Yediyurappa’s fourth stint as chief minister, and the second since the Assembly election results were out in May 2018.

His first time as CM lasted nine days in 2007. His second tenure lasted from May 2008 to July 2011. His third innings lasted three days in May 2018 when he resigned because he lacked the numbers to prove majority in the Legislative Assembly. On July 26, 2019, Yediyurappa became the CM for the fourth time.

Yediyurappa, a Lingayat, was born February 27, 1943 at Bookanakere village in the KR Pet taluk of Mandya district. But politically, Yediyurappa belongs to the Shivamogga district where he started his work as a swayamsevak of the RSS in 1965. He was 29 when he first entered public office as the Shikaripura taluk president of the Janasangh.

Yediyurappa was first elected to the Legislative Assembly in 1983 and has since represented Shikaripura seven times. He also represented Shivamoga in Lok Sabha.

Along with the late Ananth Kumar, Yediyurappa is credited with building the BJP from scratch in Karnataka. The party went from just two members in the Legislative Assembly in the 1980s to 105 now, in which time Yediyurappa became the state BJP president thrice (1988-91, 1998-99 and April 2016 to now).

In 2013, Yediyurappa broke away from the BJP to head the Karnataka Janata Paksha (KJP), which heavily dented the saffron party’s poll prospects by bagging nearly 10% vote share. He came back to the BJP in 2014, ahead of the Lok Sabha polls.