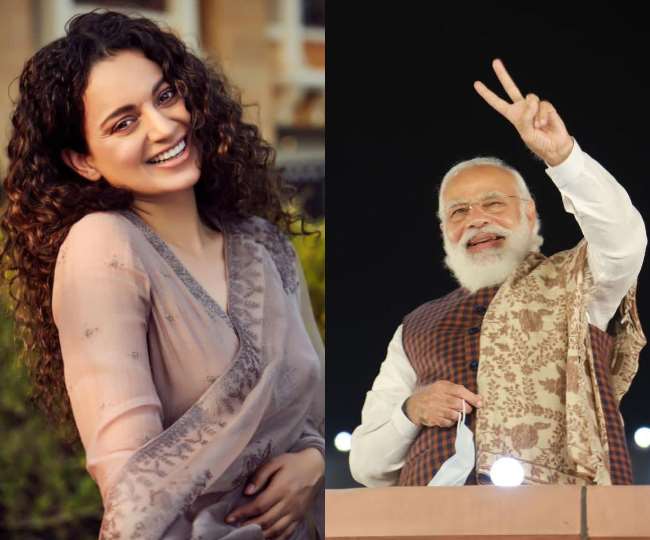 Mumbai, Nov 13: Under attack for describing India’s Independence as "bheek", a combative Kangana Ranaut on Saturday asked which war took place in 1947 and said she would return her Padma Shri and apologise too if anyone could answer her question.

The actor, known for her provocative and often inflammatory statements, posted a series of questions on Instagram, also bringing in partition as well as Mahatma Gandhi and alleging that he let Bhagat Singh die and did not support Subhas Chandra Bose.

She shared a passage from a book quoting freedom fighters, including Bal Gangadhar Tilak, Aurobindo Ghosh and Bipin Chandra Pal, and said she knew about the "collective fight for freedom” of 1857 but nothing about a war in 1947.

"...1857 I know but which war took place in 1947 I am not aware, if someone can bring to my awareness I will give back my Padma Shri and apologise also… please help me with this (sic)," the 34-year-old actor wrote in a lengthy post in English in her Instagram Stories.

Ranaut had kicked off a major row with her comments at an event organised by a news channel on Wednesday evening, declaring that India attained "real freedom" in 2014, when the Narendra Modi-led government came to power, and saying Independence in 1947 was "bheek", or alms.

The controversial statement, two days after she was presented the Padma Shri by President Ram Nath Kovind, led to outrage from several quarters, including politicians from across the spectrum, historians, academics, fellow actors and others, with many saying she should return her award.

On Saturday, she kept up the discussion.

Referring to her 2019 period movie "Manikarnika: The Queen of Jhansi", in which she played the role of freedom fighter Rani Lakshmi Bai, the actor said she had done extensive research on the 1857 struggle.

"... nationalism rose so did right wing... but why it died a sudden death? And why Gandhi let Bhagat Singh die... why Neta Bose was killed and never got Gandhi ji's support? why line of partition was drawn by a white man... ? instead of celebrating freedom why Indians killed each other some of the answers I am seeking please help me find answers (sic)," she asked.

Saying that the British had looted India to the “point of saturation”, she went on to claim that even a “small fight by the INA” would have got us freedom and Bose could have been prime minister.

"Why freedom was placed in the begging bowl of congress when right wing was prepared to fight and take it... Can someone please help me understand (sic)," she wrote.

The ever defiant Ranaut went on to say she would return her Padma Shri if anyone could help her find answers to the questions and could prove that she had disrespected martyrs and freedom fighters.

The actor also clarified the part of her statement where she said the country gained "freedom in 2014".

"As far as Aazadi in 2014 concerned I specifically said physical Aazadi we may have but consciousness and conscience of India was set free in 2014... a dead civilisation came alive and fluttered its wings and now roaring and soaring high...”

Leaders from the BJP are among those who have demanded action against the actor.

In Jodhpur, the Mahila Congress filed a complaint against her on Friday. In Indore, a group of freedom fighters set on fire an effigy of the actor, demanded an apology and submitted a memorandum at the Indore divisional commissioner's office. And in Mumbai, NSUI workers held a protest outside her home.

"#KanganaRanaut may think India got Independence in 2014 but this cannot be endorsed by any true Indian. This is an insult to millions of freedom fighters who gave up their lives so that present generations can live a life of self-respect & dignity as free citizens of a democracy," Times Now said on Twitter on Friday.

With Covid-19 cases surging in India, clouds have formed over the likelihood of India being the venue for the 2022 Indian Premier League (IPL).

The Board of Control of Cricket in India (BCCI)  is mulling holding the league outside of India amid the ongoing scenario. However, unlike the past two years where the IPL has been partially or fully held in UAE because of the pandemic, the BCCI is now keen to look at other options for the flagship event.

Cricket board officials are considering South Africa and Sri Lanka as their backup options for IPL 2022, according to a report in The Indian Express.

“We can’t be dependent on UAE all the time so we decided to explore more options, South Africa’s time difference also works out well for the players,” a BCCI official told the publication.

South Africa, so far, has hosted two cricket series and has impressed BCCI officials for the way the country handled the Indian players.

“The place where the team was staying for the second Test is spread over several acres. There were walking tracks and even a pond on the property and that has made things easier for the players who for the last couple of years or so have been confined to their rooms on several overseas tours,” an official said.

A BCCI official, recently said that the board is prioritising holding the tournament in India but the decision will be dependent on what the state governments decide.

BCCI had to postpone the upcoming edition of the Ranji Trophy indefinitely due to the rise in Covid cases in the camps. The domestic U19 Behar Trophy was also halted midway for the same reason. 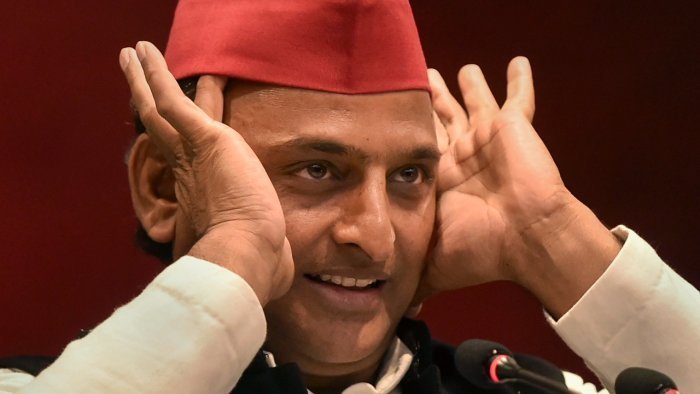