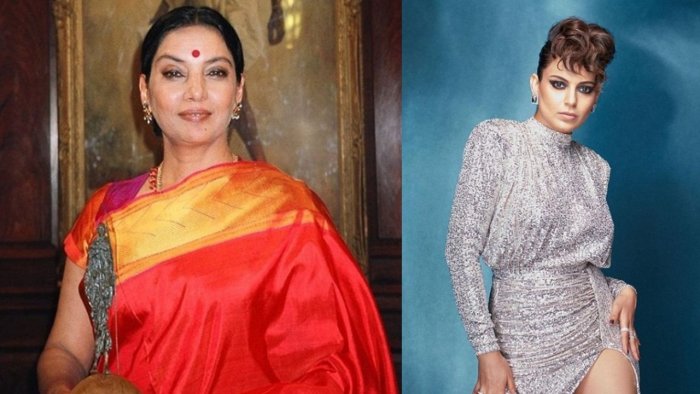 On Thursday, Kangana had shared her views on the controversy that has flared up in Karnataka over whether students should be permitted to wear the hijab in educational institutions or not.

Kangana shared a post by scientist and author Anand Ranganathan and wrote on Instagram: "If you want to show courage, show it by not wearing burqa in Afghanistan. Learn to break free, not cage yourself."

On Friday, Shabana took to Twitter to question Kangana. Shabana wrote: "Correct me if I'm wrong but Afghanistan is a theocratic state and when I last checked India was a secular democratic republic?!!"

The controversy in Karnataka erupted in January after a few students of the Government Girls P.U. College in Udupi objected to not being allowed in classes for wearing the hijab.