Palakkad: The Palakkad additional district court has sentenced the 25 accused in the Mannarkkad double murder case to life imprisonment. The accused are said to be activists of Indian Union Muslim League.

They have also been slapped with a fine of Rs 50,000. The court had last week found that the 25 accused were guilty of the murders at Kallamkuzhi in Mannarkkad.

Siblings Hamza and Nooruddin, who were also CPM workers and supporters of AP Sunni group were killed on November 21, 2013, following a local political dispute.

Their brother Kunjumohammed had also been injured in the attack, which was carried out by a gang that included Muslim League workers. Kunjumohammed is the key witness in the case.

The CPM had alleged that it was a planned political murder in an area where the League held sway. The probe by the Mannarkkad police had also made a similar finding.

The fourth accused had died during the trial proceedings. One accused had been a minor when the crime was committed.

Protest against ‘Agnipath’ out of control: Trains set ablaze; BJP MLA among many injured 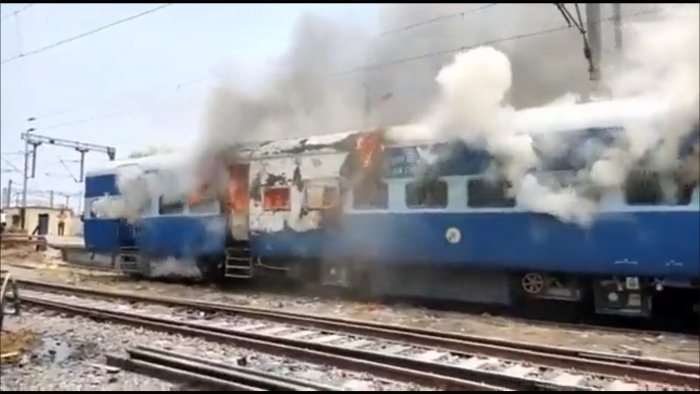 Patna, June 16: Trains were set afire, window panes of buses smashed and passersby, including a ruling BJP MLA, pelted with stones on Thursday in Bihar by Army job aspirants whose protest against the Centre's short-term recruitment scheme, 'Agnipath', continued for the second consecutive day.

Police fired teargas shells and charged baton to disperse the angry youngsters who blocked railway tracks, threw burning tyres on roads and performed push-ups and other drills on the streets as a mark of protest against the new recruitment process, under which hiring has been proposed for a four-year-period followed by compulsory retirement, for at least 75 per cent of the personnel, without any pension benefits.

In Nawada, the vehicle of BJP MLA Aruna Devi, who was on her way to a court, was attacked by the agitators who hurled stones at her car, leaving five persons, including the legislator, injured.

"The protesters seemed to have been provoked by the sight of the party flag, fitted on my car, which they tore. My driver, two security guards and two personal staff members have sustained injuries," the MLA told reporters, adding that she was "too shaken" to have registered a police complaint.

Railway property bore the brunt of the protesters as stationary bogeys were set on fire at Bhabhua and Chhapra stations and window panes of compartments smashed at many places.

In Arrah, the railway station was swarmed by a large number of protesters who were dispersed after the police fired teargas shells.

The East Central Railway zone, headquartered in Hajipur, reported massive disruption of rail traffic. Busy routes like Patna-Gaya, Barauni-Katihar and Danapur-DDU were listed among those worst-affected by the stir, officials said.

In Buxar, station manager Rajan Kumar said many trains were stranded at the outer signal as the tracks were blocked by agitators whom police and administrative officials were trying to pacify.

Demonstrations staged by the protesters disrupted road traffic in districts such as Jehanabad, Buxar, Katihar, Saran, Bhojpur and Kaimur, where many locals sustained injuries in incidents of stone-pelting, the officials said.

Details of police action, including FIRs registered in connection with the violence and arrests made in the connection, were not known immediately. 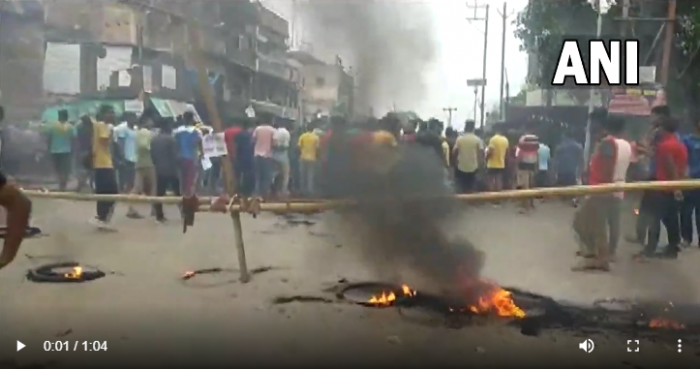