New Delhi, Apr 13: The Russian Direct Investment Fund (RDIF) has said that India has become the 60th country to approve the use of Sputnik V against coronavirus and more than 850 million doses of the vaccine are going to be produced in the country annually.

The Drug Controller General of India (DCGI) has registered the vaccine under the emergency use authorisation procedure. This is based on results of clinical trials in Russia as well as positive data of additional Phase III local clinical trials in India conducted in partnership with Dr Reddy’s Laboratories.

The vaccine has been approved for use in countries with a total population of 3 billion people or about 40 per cent of the global population, and India has become the 60th country to approve Sputnik V, RDIF, Russia's sovereign wealth fund, said in a statement.

India is also the most populated country to register the vaccine and also the leading production hub for Sputnik V, it added.

RDIF CEO Kirill Dmitriev said the approval of the vaccine is a major milestone as both countries have been developing an extensive cooperation on clinical trials of Sputnik V in India and its local production.

"The Russian vaccine has efficacy of 91.6 per cent and provides full protection against severe cases of Covid-19 as demonstrated by the data published in one of the leading medical journals -- The Lancet," he added.

"Over 850 million doses of Sputnik V are going to be produced in India annually sufficient to vaccinate more than 425 million people around the world," he said.

According to the release, RDIF has agreements with India's Gland Pharma, Hetero Biopharma, Panacea Biotec, Stelis Biopharma and Virchow Biotech aimed at production of more than 850 million doses per year.

Sputnik will be the third vaccine to be used in India against coronavirus. In January, DCGI had given the emergency use authorisation for two Covid-19 vaccines -- Covaxin of Bharat Biotech and Covishield of Oxford-AstraZeneca manufactured by Serum Institute of India in Pune.

As per RDIF, Sputnik V has a number of key advantages, including that there are no strong allergies caused by Sputnik V.

The price of the vaccine is less than $10 per shot and it uses two different vectors for the two shots in a course of vaccination, providing immunity with a longer duration than vaccines using the same delivery mechanism for both shots, it added.

Other countries that have approved use of Sputnik V include Argentina, Bolivia, Hungary, UAE, Iran, Mexico, Pakistan, Bahrain and Sri Lanka.

Billionaire Mukesh Ambani's Reliance Retail Ltd has been ranked second fastest-growing retailer in the world in the 2021 ranking of global retail power houses by Deloitte, down from top rank secured the previous years.

It has been ranked 53rd in the list of Global Powers of Retailing, improvement from 56th earlier, according to the Deloitte report.

The list is topped by US giant Walmart Inc, which retains its position as world's top retailer. Amazon.com Inc improved its position to rank second. Costco Wholesale Corporation of US slipped a rank to be placed third followed by Schwarz Group of Germany.

The top 10 has seven US retailers and one from the UK (Tesco PLC at 10th position). Other US retailers in the top 10 include The Kroger Co (ranked 5th), Walgreens Boots Alliance, Inc (6th) and CVS Health Corporation (ranked 9th). Germany's Aldi Einkauf GmbH & Co. oHG and Aldi International Services GmbH & Co. oHG is placed at 8th position.

Reliance Retail is the only Indian entry in the global list of 250 retailers. It features consecutively for the 4th time in the list of Global Powers of Retailing and World's Fastest Retailers.

"Reliance Retail, last year's Fastest 50 leader, dropped to second place. The company recorded YoY growth of 41.8 per cent, driven primarily by a 13.1 per cent increase in the number of stores in its consumer electronics, fashion and lifestyle and grocery retail chains, to 11,784 stores across 7,000+ towns and cities in India at fiscal year end (FY20)," Deoitte said.

E-commerce, it said, is a second growth driver, through both digital commerce (B2C) and B2B.

"The company is partnering with WhatsApp to further accelerate Reliance Retail's digital commerce business on the JioMart platform using WhatsApp and to support small businesses on WhatsApp," it said. "Reliance Retail acquired the 29 stores of Shri Kannan Departmental Store at the end of FY2019, and in August 2020 announced it would acquire Future Group's retail, wholesale and logistics units for $3.4 billion."

Reliance Retail also made two e-commerce acquisitions in 2020, buying Vitalic Health and its online pharmacy platform Netmeds in August, and a 96 per cent stake in online home decor company UrbanLadder in November.

On global outlook, Deloitte said in the early months of 2021, the world was faced with both promise and peril.

"On the positive side, the distribution of vaccines for Covid-19 was under way, offering the promise that, sometime later in the year, the negative impact of the virus could abate significantly. On the negative side, the virus continued to threaten economic stability, especially in those parts of the world where it was still prevalent and threatened to be a problem elsewhere if new and virulent strains of the virus were spread widely".

Even in places where the outbreak was limited, there was a negative economic impact from social distancing measures to avoid a further outbreak, it said adding the challenge for policymakers was to control the current outbreak, protect those who have been disrupted by it, and speed up the distribution of approved vaccines.

The speed and success of these three imperatives will determine the path of the global economy in the year ahead, it added. 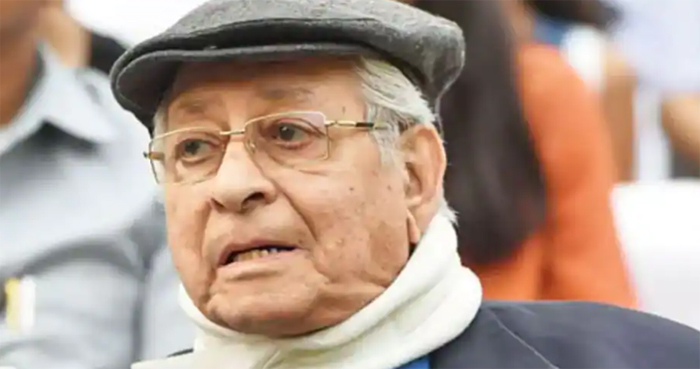 New Delhi, Apr 30: Veteran lawyer and former attorney general Soli Sorabjee passed away on Friday morning after contracting the coronavirus disease (Covid-19). Sorabjee was 91. He was admitted to a private hospital in Delhi.

Sorabjee, a Padma Vibhushan recipient, began his legal practice in 1953 in Bombay High Court and he was designated senior counsel of the Supreme Court in 1971. He became the attorney general of India first from 1989-90 and then from 1998-2004.

He was appointed by the United Nations as a Special Rapporteur for Nigeria in 1997 to report on the human rights situation in that country. Following this, he became a member and later chairman of the UN Sub Commission on the Promotion and Protection of Human Rights from 1998 to 2004.

He was a champion of freedom of speech and expression and had defended freedom of press in many landmark cases in the Supreme Court and had been instrumental in revoking censorship orders and bans on publications.

He was honored with the Padma Vibhushan award--the second-highest civilian award in India in March 2002 for his defence of freedom of speech and the protection of human rights.

Bengaluru, May 1: Karnataka Chief Secretary P Ravi Kumar on Saturday issued a notification mandating private hospitals to display the status of beds and set up help desks, warning them of “punishment” if they did not.

The state government has asked private hospitals to reserve 50% of their beds for Covid-19 patients referred by authorities.

“However, some patients are finding difficulty in getting beds even after the allocation is made by the central allocation system of BBMP. This is causing a lot of hardship to patients,” Kumar stated.

“Therefore, it is mandatory that all hospitals registered under the Karnataka Private Medical Establishments (KPME) Act should display at the reception counter bed allocation display board.”

“The above data must corroborate with the data of the central bed allocation system of BBMP,” Kumar stated.

“The availability of essential medicines and provision of help desk in all hospitals for Covid-19 positive persons shall also be provided,” he stated, adding that non-compliance would attract punishment under the Disaster Management Act and the Karnataka Epidemic Disease Act.