The country's active caseload crossed the 3-lakh mark, with 34,87,229  currently positive for the virus.

India has so far administered over 16 crore vaccine doses, with 2.3 lakh in the 188-44 age group receiving their first dose on Tuesday.

New Delhi, May 1: In a shocking incident highlighting oxygen scarcity in the national capital, eight Covid-19 patients, including a senior doctor, died at a leading hospital here due to oxygen shortage.

Batra Hospital Medical Director Dr SCL Gupta said one of the dead was the head of the gastroenterology department, Dr RK Imrani, who was under medical care for Covid-19.

Dr Gupta said that six of the eight who died were in the Intensive Care Unit on high flow oxygen.

Chief Minister Arvind Kejriwal tweeted soon after Gupta went on record to talk about the incident, "This news is very painful. Their lives could have been saved by giving oxygen on time. Delhi should be given its quota of oxygen. Such deaths of our people should not happen. Delhi required 976 tonnes of oxygen and yesterday (Friday) only 312 tonnes of oxygen was given. How does Delhi breathe?"

"We had alerted authorities that we were running out of oxygen. Our desperate SOS did not get an immediate response. When we received oxygen, eight patients were no more. Those people could have been rescued. This is not right," he added.

Delhi government and city hospitals have been raising the issue of oxygen scarcity in the capital for the past couple of weeks. Earlier, there were reports that 25 people died due to lack of oxygen in Ganga Ram Hospital though the officials there denied any such possibility.

The capital has been witnessing a huge demand for medical oxygen and several people have lost their lives as hospitals and families could not arrange oxygen on time. Serpentine queues were seen at oxygen refilling units while there were also complaints that some of the suppliers were over-charging consumers.

"Not for a single day has Delhi been able to receive the allocated quantity of 490 MT oxygen. Every day is an SOS situation for Delhi," Delhi Deputy Chief Minister Manish Sisodia tweeted on Friday.

On Saturday, the Delhi High Court warned the Centre that it will initiate contempt proceedings against it if it does not provide 490 tonne of oxygen today.

"If not implemented we will have the head of DPIIT shall remain present, in case of non compliance we may consider initiating contempt proceedings," it added.

Mangaluru, May 5: Karnataka Chief Minister BS Yediyurappa on Wednesday said he was awaiting directions from Prime Minister Narendra Modi on whether or not a full-fledged lockdown should be imposed in the state to bring Covid-19 under control.

“The country’s PM is scheduled to speak...whatever he says and decides, we will have to implement. We’re waiting for his directions. Based on his directives, we will decide in the evening,” Yediyurappa told reporters on the sidelines of former chief minister KC Reddy’s 119th birth anniversary.

Speculation is rife that Karnataka might consider extending its ‘close down’ beyond May 12, when it is scheduled to end. The 2-week ‘close down’, which is akin to a lockdown, prohibits movement of people and essential shops are allowed to operate only for a few hours in the morning.

Earlier this week, the Supreme Court asked the Centre and state governments to consider imposing a ban on mass gatherings and super-spreader events, as well as bring about a lockdown, to curb the spread of the coronavirus "in the interest of public welfare". 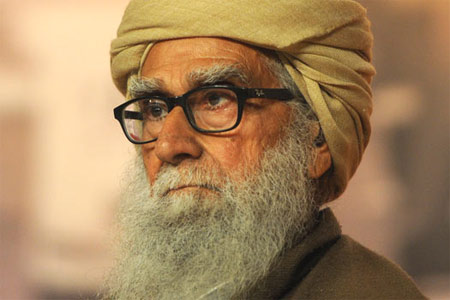 Khan was admitted to Delhi's Apollo Hospital on April 12 after being tested positive for the infection, news agency PTI reported quoting family sources.

Born in Azamgarh in 1925, the Maulana was educated at a traditional seminary. A known peacenik who advocated peaceful co-existence and counselled moderation in conduct, he crusaded against extremism and orthodox interpretations of the holy texts. He penned over 200 books, including a commentary and a translation of the Quran in English, Hindi and Urdu. His lectures, many of them available on YouTube, are immensely popular.

Maulana Khan was founder of the Islamic Centre in New Delhi. He had hit the headlines when he gave his ‘peace formula’ for the Babri Masjid-Ramjanambhoomi dispute and asked Muslims to forego their claims on the disputed land in Ayodhya. His request was though rejected by a huge section of his community.

Prime Minister Narendra Modi condoled his death and said the scholar would be remembered for his "insightful knowledge" on theology and spirituality.

"Saddened by the passing away of Maulana Wahiduddin Khan. He will be remembered for his insightful knowledge on matters of theology and spirituality. He was also passionate about community service and social empowerment. Condolences to his family and countless well-wishers. RIP," the PM tweeted.