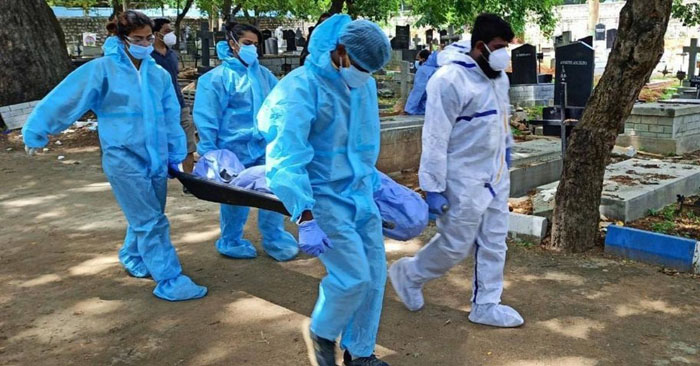 As is the situation all over India, in Mangaluru too, the burial and cremation of the bodies of COVID patients has become an issue. The workers are overworked and face a shortage of materials needed to complete their tasks in a safe and healthy manner.

There are several challenges that have arisen during the pandemic. One among them in the sudden surge of deaths, meaning there are more dead bodies on a daily basis than the workers at crematoriums and burial grounds are equipped to handle. This has given way to several groups of volunteers who are taking the initiative to solve the problem.

However, the volunteers too, are facing several problems. Without government aid, they have to pay for protective gear, PPE kits, gloves, masks, shields etc. from their own pocket. While sometimes the family of the deceased pay for the same, there have been many instances where the family simply cannot afford to do so. In these instances, volunteer organizations conduct burials on their own dime.

In addition to this, they have also been facing the issue that sometimes, the family of the deceased are too afraid to touch the body, in fear of infection. The volunteers have taken to cleaning the bodies, too, rather than just burying them as the families refrain from touching the bodies.

With it being death due to COVID, the situation becomes more complex. The bodies have to be transported from the hospital or homes by people in protective gear. The equipment costs money, and since most of the work is done on a volunteer basis, there is no government aid.

Owing to this, not all of the volunteers have sufficient protective equipment. This makes them susceptible to infection. It is a precarious situation as they are working closely with one another, if one of them gets infected, the others are likely to do the same. . They use the equipment they do have to perform the task with as much efficiency as they can, doing all they can to avoid infection.

Further, the transportation calls for another slew of issues. The transport of bodies is a task that has to be done promptly. Due to the lockdowns, the movement of civilians is restricted. The volunteers aren’t official workers, and therefore, find it hard to obtain passes to safely travel without police intervention.

They are understaffed, as it is unpaid work done in a voluntary fashion. There are several other tasks they perform in addition to this, like arranging for beds, transporting medicine, ensuring that patients get the benefits of the Ayushman card etc. This leaves them overworked and busy all day.

It goes as far as the workers not having time to stop for meals although part of the work they do is providing food to those waiting with their loved ones in the hospital and those out of work and hungry due to the lockdown. According to the workers, they don’t think of food, and eat when they can. That falls low on their list of worries.

The majority of the current crisis falls to the lack of attention from the administration. When asked what they could use assistance with, the answers were many. This includes PPE kits, face masks, shields, gloves, passes for transport etc.

However, a volunteer stated that the real help they would get is only from the government. He said that for now they are able to feed themselves while still providing assistance to people, and that without proper measures taken people would be left without food to eat. He said that there was a dire need of lockdowns to be implemented well, keeping measures for daily wage workers and those who cannot earn money during a lockdown. He said there was also a need for ambulances, and protective gear provided by the government to ensure that people can be transported safely.

According to him, while there are plenty of medical colleges and hospitals in Mangalore, the surrounding areas are suffering and people are unable to seek treatment. While the volunteers are doing all they can to assist the patients, and help provide proper services for the deceased, there is only so much they can do. Without government aid, it will be impossible to continue this for as long as it needs to be done.

Dear CD team,
If you could devote a corner space for these voluntary organizations along with the way to donate to them, it would be very fruitful, as many people dont know these organizations.
Thx 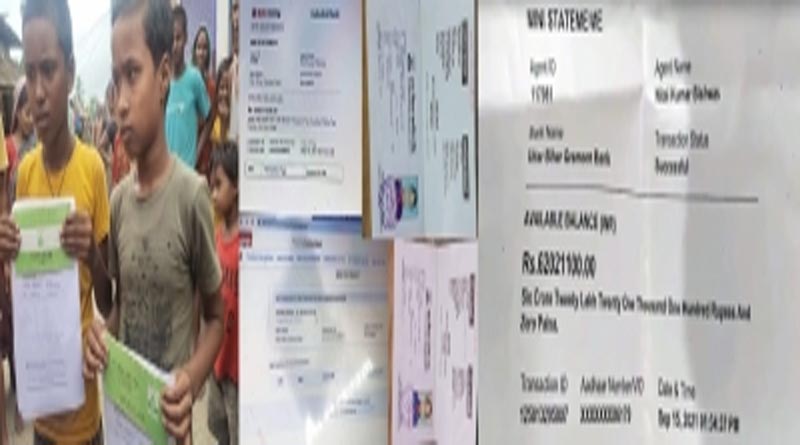 Patna, Sept 16: People of Bihar are surprised over crores of rupees being credited in the bank accounts of two children.

The incident appeared in Katihar district where two class 6 students, Ashish Kumar and Gurucharan Biswas received Rs 6,20,11,100 and Rs 90,52,21,223 in their bank accounts on September 15 respectively.

Both the children are native of Pastia village in Bagahura Panchayat. They have bank accounts in Uttar Bihar Gramin Bank.

Udayan Mishra, the district magistrate of Katihar also confirmed that the children have received hefty amount.

"Big amounts were credited in the accounts of two children. The amount can be seen in the mini statements. The senior officials of the bank are being informed," Mishra said.

"As soon as we learnt about the money being credited in the accounts of two children, we have put the accounts on freeze and stopped withdrawal. When inquired with the parents of the children, they were also unable to reveal the source of the fund. Now, we are investigating the matter to find out who is the sender," said M.K. Madhukar, the LDM of Uttar Bihar Gramin Bank.

Das refused to return the money to the bank claiming that Prime Minister Narendra Modi had promised every citizen to give Rs 15 lakh in their bank accounts. He said he has received first instalment of it.

Das further said that he had withdrawn the money from the account and spent it. Now he has no money. After he showed inability to return the amount, bank officials lodged an FIR against Das and he was arrested by Khagaria police. Now, he is lodged in jail. 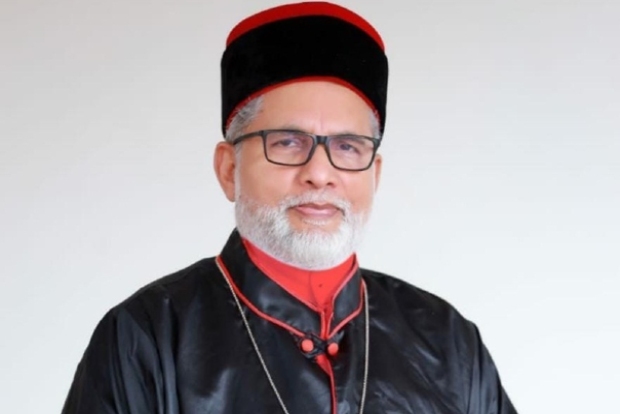 Bengaluru, Sept 6: Pitching for more efficient policing, Karnataka Chief Minister Basavaraj Bommai on Monday said cybercrime, drug mafia, dark web are "new challenges" and such new crimes need to be cracked down by using new technology and advanced equipment. He said there has to be a dashboard for DG and all SPs, for them to regularly monitor the cases.

"There are new challenges like cybercrime, drug mafia, cracking the dark web, all these new kinds of crimes have to be cracked down by using new technology, using advanced equipment," Bommai said.

Speaking to reporters after inaugurating a conference of senior police officers here, he said, Karnataka police is known for its efficiency and has a good name across the country, and stressed the need to continue the tradition with excellent efficiency.

"Law and order situation and crimes should be completely under control, and investigation should happen in an impartial manner," he said, highlighting the need for people-friendly policing and improving the crime reporting system. Home Minister Araga Jnanendra, DG & IGP Praveen Sood, senior officials of the home department and senior police officials were present.

Stating that there has to be a dashboard for DG and all SPs for them to regularly monitor the cases, Bommai said measures should be taken to ensure adequate punishment for the accused who have been charge-sheeted, every case has to be analysed, court observations have to be taken note of to see to that things are rectified in the future investigations. "...there should be no relationship with any agents or criminals at any level. All measures should be taken to put an end to gambling and there should be no collusion with those involved in illegal sand mining or marketing," he added.

The Chief Minister said for reforming the police system in the state, a command centre was coming up, also approval has been given for six forensic labs. "A new Karnataka State Reserve Police (KSRP) battalion and infrastructure is being developed, jail infrastructure is being improved, fire force equipment are being modernised and coastal police are being provided with equipment like high-speed boats," he added.