Bengaluru, Mar 30: The alleged sex-for-job scandal involving former minister Ramesh Jarkiholi will not have any impact on the coming bypolls, Chief Minister B S Yediyurappa said on Tuesday as he asked him to join the campaigning.

He also said an impartial probe was on, in connection with the scandal to bring out the truth.

"Our Law Minister Basavaraj Bommai is getting the case inquired impartially...it is known that unnecessary allegations have been made against Ramesh Jarkiholi," Yediyurappa said.

Taunting the woman in the clip, the CM said, “It is also being discussed that the allegations have been made with a malicious intent.”

"We are ready to face everything within the framework of law.."It (scandal) will not have any impact on the bypolls. I will ask Ramesh Jarkiholi to come and take part in the campaigning," he added.

Yediyurappa was in Belagavi to take part in the filing of nominations of BJP's Belgaum Lok Sabha candidate Mangala Suresh Angadi.

Jarkiholi, who was Water Resources Minister, resigned on March 3, a day after news channels aired a video clip purportedly showing him getting intimate with a woman.

While Jarkiholi has repeatedly claimed his innocence and that the video was "fake", the woman, said to be featured in the clip, has accused him of sexually "using" her, cheating and threatening her after promising a government job.

Belgaum Lok Sabha seat in Belagavi, which is the home district of Ramesh Jarkiholi, is going to the bypolls along with Maski and Basavakalyan assembly segments on April 17.

Mangala Suresh Angadi is the wife of late Union Minister Suresh Angadi, whose death due to COVID-19 in September last year, has necessitated the by-election. 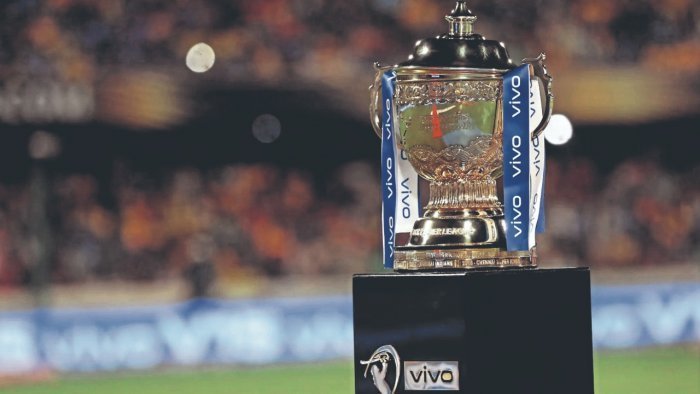 New Delhi, May 4: The Indian Premier League was on Tuesday suspended indefinitely after multiple Covid-19 cases were reported in its bio-bubble, ending a month-long relatively smooth run for cricket's most glamorous and cash-rich event in the middle of a raging pandemic.

"The tournament has been suspended indefinitely. We will try to conduct the event in the next available window but this month is unlikely," league chairman Brijesh Patel told PTI.

"...we will take stock if we can find a suitable window later during the year. It could be September but these are all speculations. As of now, we are not conducting it any further," BCCI vice-president Rajiv Shukla told PTI.

The spread of infections had led to the postponement of two IPL games earlier.

The league organisers also issued a formal statement and said that the safety of its players and staff is paramount.

"The Indian Premier League Governing Council (IPL GC) and Board of Control for Cricket in India (BCCI) in an emergency meeting has unanimously decided to postpone IPL 2021 season, with immediate effect," the statement read.

"The BCCI does not want to compromise on the safety of the players, support staff and the other participants involved in organising the IPL. This decision was taken keeping the safety, health and well-being of all the stakeholders in mind," it added.

The IPL said BCCI will do all it can to ensure that players in the event get back to their homes safely. IPL features stars from England, Australia, and New Zealand among other countries.

"These are difficult times, especially in India and while we have tried to bring in some positivity and cheer, however, it is imperative that the tournament is now suspended and everyone goes back to their families and loved ones in these trying times," the IPL stated.

"The BCCI will do everything in its powers to arrange for the secure and safe passage of all the participants in IPL 2021."

The tournament began on April 9 and ran smoothly before KKR's Covid-19 cases caused the initial jitters on Monday. The tournament final was planned for May 30.

There was cause of concern in Delhi too as a few groundsmen at the Feroz Shah Kotla Stadium tested positive even though DDCA chief Rohan Jaitley asserted that "none of the groundsmen on duty" were among the infected.

Just days before this, three Australian players had pulled out of the league, citing Covid-19 concerns amid a devastating second wave of the global pandemic that has overwhelmed the medical infrastructure of the country.

The 2020 IPL had also been held in a bio-secure bubble in the UAE and at that time, infections were only reported before the start of the tournament.

India is currently recording over 3 lakh cases every day and more than 3,000 daily deaths.

Ahmedabad, May 8: Cases of Mucormycosis, a fungal infection, affecting some Covid-19 survivors are on the rise in Gujarat which has left many patients blind, doctors and officials claimed on Saturday.

Mathur Savani, chairman of Surat-based Kiran Super multi-speciality hospital, said mucormycosis was detected in a patient who had recovered from Covid-19 disease around three weeks back.

"This number has gone up to around 50 now while 60 more such patients are awaiting treatment," Savani told PTI.

The hospital, which is managed by a trust, has been receiving several patients diagnosed with Mucormycosis who are being referred from various areas in Surat and other parts of Gujarat, he said.

"As of now, 50 mucormycosis patients are getting treated at Kiran Hospital and 60 others are awaiting (treatment). They all came to our hospital in the last three weeks. All the patients who are suffering from mucormycosis had recovered from Covid-19 recently," said Savani.

According to Savani, seven such patients have lost their eyesight so far.

He said a separate facility with the dedicated medical staff has been created which will soon start treating patients with mucormycosis.

In Ahmedabad, at least five patients with mucormycosis are being operated upon every day at the civil hospital at Asarva, a senior doctor said.

"In Ahmedabad, we are receiving 5 to 10 such cases at the civil hospital, especially since the second wave of Covid-19 started. These patients are being examined on priority and operated on as early as possible," said Dr Devang Gupta, ENT doctor at the city civil hospital.

He said various resources, including manpower, equipment and injection required for the treatment of mucormycosis patients, have been provided by the government.

"At least one out of the five such cases is related to eyes. Several of them (patients) are suffering from blindness," he said.

"It is caused by a fungus named mucor, which is found on wet surfaces. It, to a large extent, is happening to people who have diabetes. It is very uncommon in those who are not diabetic. There is no big outbreak and we are monitoring it," he had said.

According to Dr Paul, mucor attacks people with uncontrolled sugar.

He had also said when the same Covid-19 patient is put on oxygen support, which has a humidifier containing water, the chances of him or her getting the fungal infection increase.