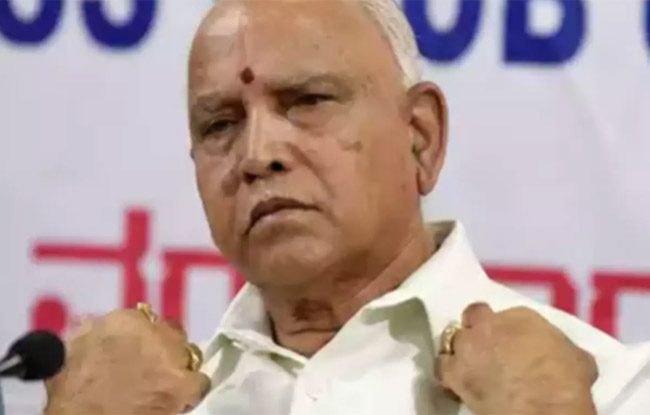 Bengaluru, Aug 3: The BJP central leadership, in discussion with state leaders including State Chief Minister Basavaraj Bommai and Union Minister Prahlad Joshi, have worked out a formula of announcing the list of ministers phase wise to avoid possible revolt of senior party legislators who could be dropped from the yet-to-be formed ministry.

The swearing-in ceremony is likely to take place tomorrow with the possibility of a green signal from the central leadership.

The central leadership is also expected to induct some legislators who migrated to the BJP from Congress and JD(S) to topple the previous JDS-Congress government to form the Yediyurappa-led government in the state. Bommai himself had asked "outsiders" not to worry as they are part of the party.

Bommai prepared three lists of various combinations and had given them to the central leadership. However, they discussed only one list of names.

"Generally speaking, three lists of various combinations have been submitted. Our national party president will finalise one list. What they will do, I do not know. They will hold another round of discussion and finalise. After that, they will decide on the number of ministers to be inducted. This is because they are taking into consideration regional and social factors, which takes time," he said. 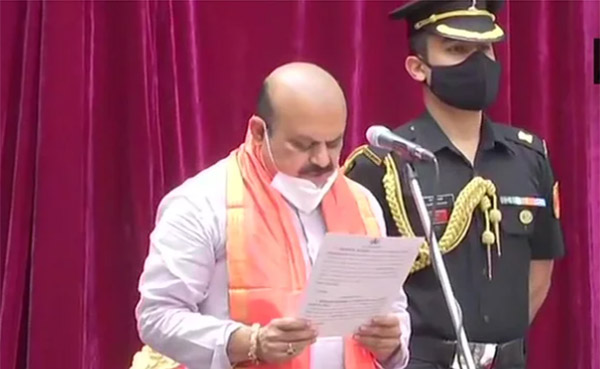 Bengaluru, July 28: Basavaraj Bommai took oath as the 26th Karnataka Chief Minister at Raj Bhavan today, with B S Yediyurappa and other senior leaders present at the ceremony.

Bommai visited a temple ahead of the oath-taking. BJP supporters gathered outside Raj Bhavan ahead of Basavaraj Bommai’s oath-taking ceremony.

Bommai's appointment is the second instance in the state's politics for a father-son duo to have occupied the top post.

Soon after his election as the leader of the BJP legislature party, Bommai, along with caretaker Chief Minister B S Yediyurappa, drove to the Raj Bhavan to stake claim to form the government on Tuesday.

Ending months of speculation over his exit, Yediyurappa on Monday stepped down as the Chief Minister, coinciding with his government completing two years in office. The Governor had accepted Yediyurappa's resignation and dissolved the Council of Ministers headed by him, with immediate effect, but had asked him to continue to function as Chief Minister till alternate arrangements were made.