Makkah, Oct 3: The Umrah visa has been extended from one to three months for all Umrah performers of all nationalities, Minister of Hajj and Umrah Dr. Tawfiq Al-Rabiah said.

He made this announcement during his two-day official visit to Tashkent where the President of Uzbekistan Shavkat Mirziyoyev received the Saudi minister at the conclusion of the Dr. Al-Rabiah's visit.

The minister conveyed the greetings of Custodian of the Two Holy Mosques King Salman and Crown Prince and Prime Minister Mohammed Bin Salman to President Mirziyoyev and the Uzbek government and people and their wishes of further growth for Uzbekistan.

They wished prosperity to Uzbekistan in light of the ongoing reforms that the republic is witnessing, stressing that the visit is an extension of distinguished historical relations between the two countries and resulted in several cooperation agreements in various fields.

The accords were primarily in the Hajj and Umrah, which reflects the great efforts of the leadership in serving Islam and Muslims and facilitating procedures for pilgrims and Umrah performers.

The minister added that the recent Hajj season saw the participation of some 12,000 Uzbek pilgrims after authorities increased the numbers of pilgrims following the easing of the COVID-19 pandemic.

He noted that more than 36,000 people from Uzbekistan have performed Umrah during the last two months, the majority of whom managed to visit Madinah and pray at Al-Rawdah Al-Sharifah and visited religious and historical sites in Madinah.

The discussions mainly revolved around the automating of all services and programs that are now offered electronically through Nusuk platform and issuing visit and Umrah visas quickly.

The minister met with several Uzbek officials as part of boosting cooperation between the two countries in various fields and stressing the deep-rooted bilateral relations.

Talks during the visit also reviewed means to enhance strategic bilateral cooperation between the two sides to enhance the quality of services provided to Uzbek Umrah performers.

This is in addition to going over the possibility of increasing the activities of joint committees in several aspects, including increasing the number of flights between the two countries. 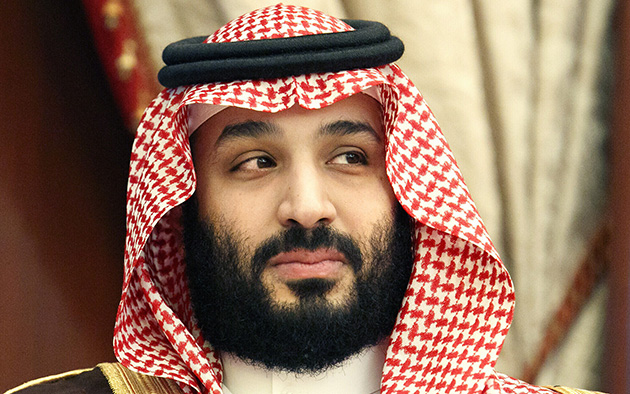 The crown prince had previously been defense minister, and Prince Khalid was deputy defence minister. King Salman will continue to chair Cabinet meetings that he attends, the decree said.

The other major appointment in the reshuffle was that of Yousef bin Abdullah Al-Bunyan, chief executive of the Saudi chemical manufacturing company SABIC, as minister of education.

Tawfiq bin Fawzan Al-Rabiah will also stay in his role as Minister of Hajj and Umrah, and Majid bin Abdullah Al-Qasabi also remains as Minister of Commerce.

The new defense minister, Prince Khalid, is a former Saudi ambassador to Washington. He graduated from the King Faisal Air Academy in Riyadh and was commissioned as a second lieutenant in the Royal Saudi Air Force.

Previously, he was an F-15 pilot and tactical intelligence officer in the RSAF. Before a back injury ended his flying career, Prince Khaled flew more than 50 combat missions as part of the international coalition campaign against Daesh in Syria, and the Decisive Storm and Renewal of Hope operations in Yemen.