Significance of Ugadi 2021: Everything you need to know 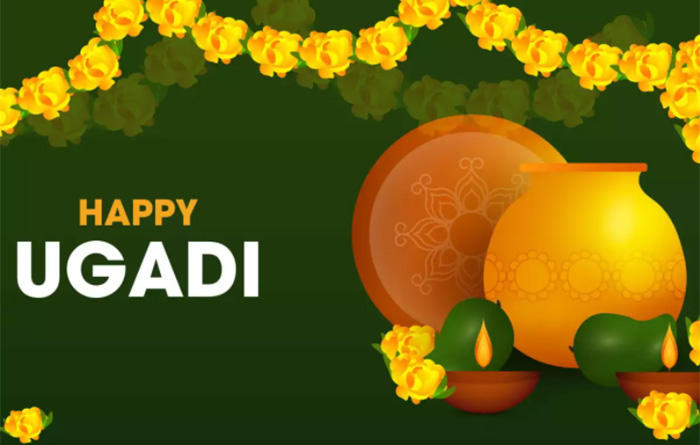 Natives of Karnataka, Telangana and Andhra Pradesh celebrate Ugadi on the Pratipada Tithi of Chaitra, Shukla Paksha. It marks the beginning of their New Year. This festival concurs with Sindhi people's Cheti Chand, Maharashtrians and Konkani's Gudi Padwa and Samvatsara. Read on to know the Ugadi 2021 date and significance.

Ugadi is traditionally referred to as Yugadi. It consists of two Sanskrit words- Yug meaning era and Adi meaning beginning). On this day, people rise early, take an oil bath and wear new clothes to symbolise a new beginning.

The festivities begin with the decoration of the courtyard and the house with rangoli, flowers and torans made of mango leaves and most importantly, neem.

Ugadi marks the beginning of spring or the Vasant Ritu. Farmers wait for the first showers after the New Year to plough and begin the next cycle of farming. The festival celebrates nature's regeneration. All trees begin to sprout tender leaves. The markets are flooded with different types of fruits. And most importantly Neem trees begin to blossom.

Ugadi is also considered to be the ideal time to start new ventures. Housewarming, starting of construction of new houses, important documents are signed, purchases are made on the day. The day symbolises hope. A day to start afresh. To forget all the bad of the previous year.

Ugadi Pachadi which is distributed on the day is a unique dish with a mixture of six tastes ranging from sweet to bitter. It comprises of jaggery, raw mango, tamarind, neem flowers, salt and green chilli. This is the first dish that people have on Ugadi day.

Instead of the Ugadi Pachadi, in some places people serve jaggery mixed with neem leaves. The bitter taste of neem leaves and the sweet of jaggery symbolise joy and sorrow in life. This is more popular with Kannadigas.

Tirupati, May 2: In two separate shocking incidents, 16 Covid-19 patients died for alleged want of oxygen supply in Anantapur and Kurnool cities in Andhra Pradesh on Saturday. While 11 patients died at Anantapur government general hospital reportedly due to low pressure in oxygen pipeline, five others died at a private hospital in Kurnool.

According to Anantapur joint collector Nishanth Kumar, 21 Covid-19 patients died at the Anantapur GGH since Friday due to “various reasons”. He, however, did not elaborate what the “various reasons” are. But, the relatives of the deceased told mediapersons that doctors of the GGH had themselves confirmed that there was a low pressure in the oxygen supply system, which resulted in the high mortality.

On the other hand, Anantapur district collector G Chandrudu said there was no shortage of oxygen in the district. But following complaints of low pressure, the entire pipeline was thoroughly checked. “Oxygen supply related complaints are being attended to and being sorted out,” he said.

Earlier, five Covid patients died at a private hospital in Kurnool on Saturday allegedly for want of oxygen. The hospital has set up a Covid care centre without the requisite permission of the state government. The managing director of the hospital was arrested. 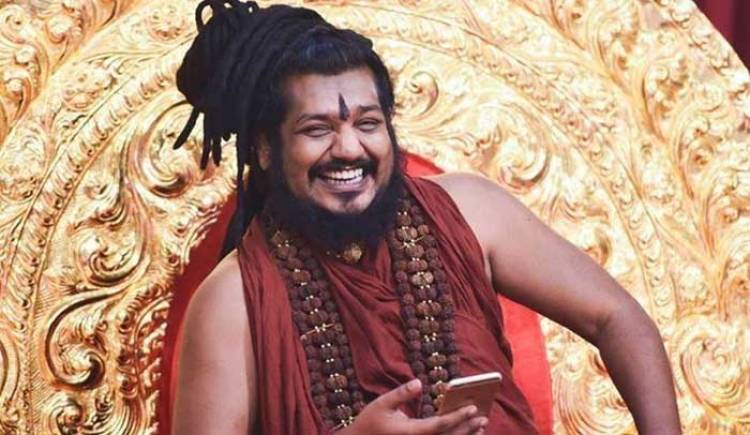 Fugitive self-styled godman Swami Nithyananda has stated that devotees from India would not be allowed to enter his island ‘Kailasa’ in view of COVID-19 surge.

The ban is also applicable to travellers from Brazil, the European Union and Malaysia. The order says that due to the second and third wave of coronavirus all the embassies of KAILASA from these countries are sealed and no public will be allowed to enter Kailasa until further notice.

Kailasa, located off the coast of Ecuador, is Nithyananda's ‘virtual island’ where he fled to from India in 2019. The self-styled godman is an accused in a sexual assault case in India.

In the past, Nithyananda has grabbed eyeballs on social media with videos and tweets about his 'Hindu sovereign nation'. Besides its own cabinet and Prime Minister, the island has a dedicated website. About the island, the website says, "Kailaasa is a nation without borders created by dispossessed Hindus from around the world who lost the right to practice Hinduism authentically in their own countries."

In August 2020, Nithyananda even launched his very own 'Reserve Bank of Kailasa'. The official currency of the island was declared to be 'Kailashian dollars'. The rape-accused refers to himself as the 'Supreme Pontiff' of Kailasa.