Scientists decode how Mars may have lost its atmosphere 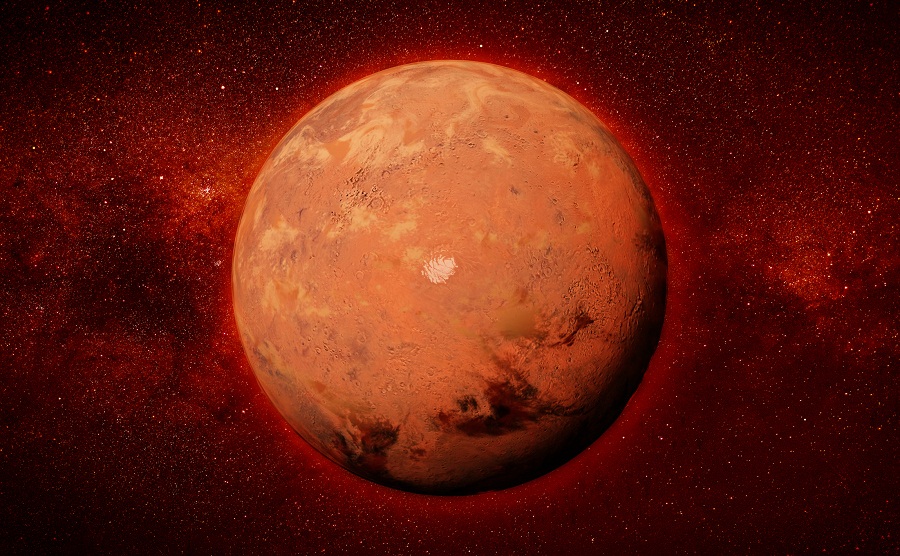 Washington, Feb 21: Solar winds may have led to Mars losing its atmosphere, according to a computer simulation study which confirms the long held belief that planets need a protective magnetic field to block such harmful radiations in order to sustain life.

While factors like the existence of a moderately warm, moist atmosphere and liquid water determine whether a planet can host life, the study, published in the Monthly Notices of the Royal Astronomical Society, noted that the ability of planets to generate magnetic fields around them is an overlooked aspect.

According to the scientists, Arnab Basak and Dibyendu Nandi from the Indian Institutes of Science Education and Research (IISER) Kolkata, these magnetic fields enveloping planets can act like a protective umbrella, shielding the atmosphere from the super fast plasma winds of the Sun.

On the Earth, they said a geo-dynamo mechanism generates the planet's protective magnetosphere -- an invisible shield that stops the solar wind from eroding away our atmosphere.

In the current study, the scientists simulated two scenarios of the Red Planet -- one considering a young Mars with its magnetosphere intact, and the other with the planet without this force field.

The simulations revealed that in the young Mars, the magnetosphere may have acted as a shield stopping the solar wind from coming too close to the planet's atmosphere thus protecting it.

Without an intrinsic magnetosphere, the researchers said the solar wind magnetic field may have first draped around, and slipped past Mars, carrying bits of the planet's atmosphere away, eventually eroding it completely.

They said the findings confirm the belief that the magnetospheres around planets play a crucial role in determining their ability to sustain life.

Alternatively, planets that lose their magnetic field eventually become inhospitable with loss of their atmosphere, the scientists added.

The researchers believe the study has important implications for the search for habitable exoplanets via initiatives like NASA's James Webb Space Telescope and ISRO's ExoWorlds mission.