‘No longer can grow together as a couple’: Bill and Melinda Gates end 27 years of marriage 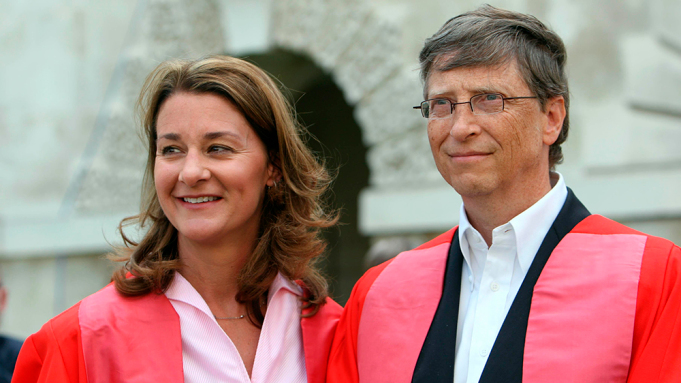 May 4: Microsoft founder Bill Gates and his wife and fellow philanthropist Melinda announced on Monday they are divorcing after a 27-year marriage.

One of the world's wealthiest couples -- with a joint fortune estimated at $130 billion -- the Gates have channelled billions into charitable work around the globe via their hugely influential foundation.

In announcing their split on Twitter, the couple said they would continue their joint work on the Bill & Melinda Gates Foundation, which funds programs in global health, gender equality, education and other causes.

"After a great deal of thought and a lot of work on our relationship, we have made the decision to end our marriage," they said in a joint statement, posted on each of their official accounts.

"Over the last 27 years, we have raised three incredible children and built a foundation that works all over the world to enable all people to lead healthy, productive lives," they wrote.

"We continue to share a belief in that mission and will continue our work together at the foundation, but we no longer believe we can grow together as a couple in this next phase of our lives."

The statement offered no additional details on the split but said: "We ask for space and privacy for our family as we begin to navigate this new life."

The announcement comes two years after the divorce of Amazon founder Jeff Bezos, another of the world's wealthiest people, and his wife MacKenzie.

Bill Gates, 65, was a geeky teenager when he started what would become the world's most valuable company, and was for a time the world's richest man and most prominent philanthropist.

He stepped down as Microsoft chief executive in 2008 to devote more time to philanthropy and later left the board, keeping only the title of "founder and technology advisor."

Their foundation is among the world's richest, having provided more than $54 billion in grants over two decades in areas including malaria and infectious disease control, agricultural research, basic health care and sanitation, in various parts of the world. It has an endowment of more than $46 billion.

In recent years, Bill Gates has largely distanced himself from Microsoft and the tech industry, instead speaking about poverty and health initiatives, and the coronavirus pandemic.

Last year the foundation pledged some $250 million to help fight the pandemic, with some of the funds channeled to the distribution of life-saving doses of Covid-19 vaccines to parts of Sub-Saharan Africa and South Asia.

Gates, who had been warning as early as 2015 about the potential dangers of a global pandemic, became the target of conspiracy theorists who claimed he knew in advance about Covid-19.

The split comes following the high-profile divorce of Bezos, whose ex-wife took the name MacKenzie Scott and promptly began giving away billions to various causes without setting up a conventional foundation.

Truck with 2.4 lakh doses of covid vaccines abandoned on road for 12 hours

Narsinghpur, May 1: A truck carrying 2.40 lakh doses of Covaxin worth ₹8 crore was left parked for nearly 12 hours after its driver went missing under mysterious circumstances in Madhya Pradesh's Narsinghpur district, police said on Saturday.

The Tamil Nadu-registered vehicle, which was transporting the vaccine from Hyderabad to Karnal in Haryana, was left abandoned for nearly 12 hours in Kareli area, Narsinghpur superintendent of police Vipul Shrivastava said.

The matter came to light on Friday afternoon when the police were informed that a truck, with a mention of vaccine- manufacturer Bharat Biotech on it, was parked near Kareli bus stand, around 16 km from the district headquarters, the official said.

According to the police, the truck contained 2.40 lakh doses of Covaxin worth ₹8 crore.

"We contacted the transport company TCI of Gurgaon and informed them about the driverless truck. The company also got worried when they couldn't contact the driver after finding out the GPS system that the vehicle remained stationary at Kareli," Shrivastava said.

The company then arranged for another driver and the truck set off for Karnal at 8 pm, he said, adding that the driver Vikas Mishra is still missing.

"We tracked down his phone at a place 16 km from the spot. As the engine of the vehicle was on, its refrigerator with vaccine doses was functioning. So, I feel that vaccines were safe," he added.

When asked if incidents of truck loots had been reported on the route in the past, Shrivastava said road robberies are almost naught in the region.

Bengaluru, May 1: Health and Family Welfare Minister Dr K Sudhakar said an order will be issued today directing all private hospitals to charge a fixed fee for conducting CT scan as advised by a team of experts to know Covid-19 status accurately.

Speaking to media persons on Saturday, Sudhakar stated that CT scans are conducted for free at government hospitals, and private hospitals should not fleece patients for the same.

Chief Minister B S Yediyurappa flagged off the vaccination drive for the 18-45 age group at Atal Bihari Vajapeyee Medical College. Public will be informed about the commencing based on the production of the vaccines. There are about 6,000 vaccination centres that require 3 lakh doses of Covid vaccines per day. If the 18-plus drive begins, as many as six lakh doses are needed, the minister explained.

The results of the 14-day curfew can't be achieved in just four days of its imposition, Sudhakar said, invoking Mumbai's example as the situation in Maharashtra has come under control after lockdown-like curbs. Stricter measures will be taken if the scourge of Covid-19 didn't come down, Sudhakar stated.

A total of 15 per cent beds have been reserved in Bengaluru's hospitals for the people of Chikkaballapur district to save the lives. As Chikkamagaluru, Ramanagara, Bengaluru rural, Kolar and Yadgir districts have no medical colleges, serious Covid patients are being sent to the nearest hospitals attached to the medical colleges and other hospitals. The same was done last year. The minister who raised this question has lacked information, he taunted. 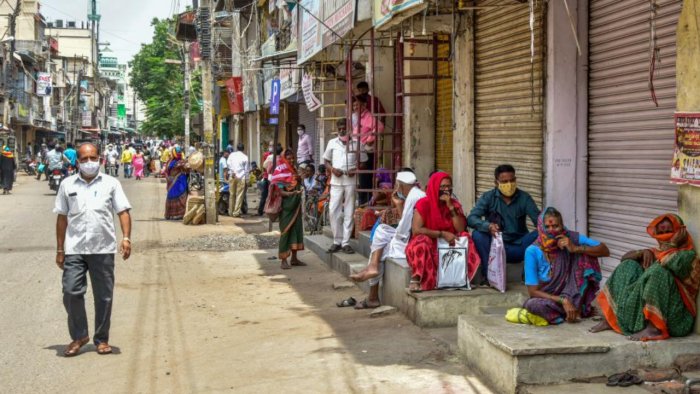 Bengaluru, Apr 24: With Bengaluru recording 1.5 lakh active coronavirus cases, the highest for any city in the country, the Karnataka Task Advisory Committee on Covid- 19 has asked the state government to impose stringent restrictions, including lockdown for 14 days to break the chain.

The members of the panel have also recommended to the government to increase the number of beds to tide over the crisis.

The TAC members also foresee the third wave Covid in October-November and have, accordingly, insisted that the government should complete the vaccination of vulnerable age groups before the next wave hits. Professor and Head of Lifecourse Epidemiology, Public Health Foundation of India (PHFI), Giridhar Babu said:

"I have on record said that there are two main strategies. Firstly, we need to reduce the number of cases and that will happen only by a stringent lockdown for at least 14 days. Secondly, we should expand the bed capacity by taking as much as possible beds from all the private medical colleges, nursing homes and hospitals."

According to him, the 14 days lockdown will reduce the number of infections. The TAC member said the state may witness the peak of the second wave by the May end or the first week of June. Eminent cardiologist and director of the Sri Jayadeva Institute of Cardiovascular Sciences and Research, C N Manjunath said he had in November 2020 predicted the arrival of the second wave of Covid in March or April based on the pattern of spread and resurgence in Europe.

While the Covid cases may come down by May end or the first week of June, people's behaviour for the next six to nine months will hold the key.

"The most important is when the cases come down, guards should not be let down. Facemask wearing and physical distancing should continue while most importantly congregation should be banned," he said. The health experts were of the opinion that the healthcare system is totally suffocated.

"In the first phase, the cases were coming in a staggered manner. So the daily rise in a particular state was 200 to 300 cases. Now it's in thousands," the cardiologist said.

Giridhar Babu too concurred with him. "The BBMP (Bruhat Bengaluru Mahanagara Palike) has informed the high court that there are no more ICU beds. So, the court has also said the situation is very scary. That will summarise the current status," Babu explained. Both were unanimous that the vaccination drive should be completed by October before the possible third wave hits the nation.

"Vaccination should go on. By October- November the entire country should be vaccinated. Otherwise, we are in for a rude shock again," Manjunath said. Meanwhile, the Bruhat Bengaluru Mahanagara Palike Chief Commissioner Gaurav Gupta said the officials at the civic agency's Covid war room are working over time.

On the shortage of oxygen and essential drugs such as Remdesivir, the Chief Commissioner told the news agency that the whole country was grappling with it and the Centre and the state are dealing with it in an effective manner. To a query on the need for more ICU beds, he said already a few have been arranged and more have to be procured very soon. With 26,962 infections on Friday, the state touched the highest single-day spike in Covid cases.

There were 190 deaths too. More alarming was that the active cases in the state crossed two lakh mark of which 1.5 lakh are in Bengaluru alone.

Chief Minister B S Yediyurappa had during a video conference told the PM that the state needs about 1,500 tonnes of oxygen and two lakh vials of Remdesivir. To contain the alarming rise in Covid cases, the state has imposed night curfew and weekend curfews while ordering closure of many shops and business establishments.