Porto Alegre, Jun 24: An early goal by Lautaro Martinez and Sergio Aguero's late second gave Argentina a 2-0 win over Qatar on Sunday that qualified them for the Copa America quarter-finals.

Already-qualified Colombia beat Paraguay 1-0 in the other Group B match to secure a place in the last eight for both Peru, who finished third in Group A, and Uruguay, currently second in Group C.

Argentina, who finish second in Group B behind Colombia, will play Venezuela at Rio de Janeiro's iconic Maracana stadium in the quarter-finals, while tournament debutants and guests Qatar are out.

Paraguay, on two points, must wait and see what happens in Monday's Group C clash between Japan and Ecuador before finding out if they qualify as one of the two best third-place finishers.

Peru, with four points, are sure of that while only a draw between Japan and Ecuador would see Paraguay progress.

Asian champions Qatar made a calamitous start when a weak headed clearance from Tarek Salman fell to Martinez 12 yards out, but the Inter Milan forward sent his volley over the top.

He didn't have to wait long for another chance though as Bassam Hisham played a ball across his box and straight to the feet of the Argentina forward, who scuffed a shot into the bottom corner after just four minutes.

"The goal came early and that allowed us to approach the game with greater calmness," said Martinez.

"There was pressure, we had to win to progress and we're happy. Now we have to work hard."

With the weight was lifted from Argentina's shoulders, they played with a freedom expected of a side boasting talents such as Aguero and five-time Ballon d'Or winner Lionel Messi.

Qatar played with limited ambition but their talented forwards looked dangerous when they did venture into the final third.

Hasan Khalid Al Haydos got in behind the Argentina backline and tried to chip Franco Armani but the goalkeeper got a touch to divert the ball behind, although the linesman's flag was up and it wouldn't have counted.

"We paid for inexperience, we started two matches by conceding goals from unnecessary actions," said Qatar's Spanish coach Felix Sanchez, alluding to their opening tie against Paraguay when they also conceded in the fourth minute.

"We played a great team that knew they had to win, they took their first chance really well. It was our mistake."

Messi burst into life with an acceleration towards Qatar's area before slipping a pass to Aguero, who dragged his left-footed shot wide under pressure.

Qatar were sporadically dangerous on the break and Portuguese-born Ro-Ro stole in at the back post to meet a Karim Boudiaf cross but couldn't direct his volley on target.

Up the other end, Nicolas Otamendi headed over from close range when it looked easier to score.

Argentina almost scored a second after Qatar goalkeeper Saad Al-Sheeb spilled a header by Martinez causing a scramble in the box, but neither Aguero nor Martinez could poke the ball home.

Iraq-born Hisham almost made amends for his earlier gaffe with a free-kick at the end of the half but his shot, which passed through the Argentina wall, cliped the outside of the upright.

Another direct Messi run set up Aguero but his shot was deflected over by Algeria-born Boualem Khoukhi.

Aguero then drew a save from Al-Sheeb with a shot from outside the area.

Qatar made few chances but when they did, Akram Afif snatched at his effort from distance when a smarter move would have been to play in a runner from midfield.

Aguero finally scored the goal his industry deserved with a purposeful run past two defenders before sending a cross-shot into the far bottom corner eight minutes from time.

Already guaranteed of winning the group, Colombia's Portuguese coach Carlos Queiroz made 10 changes to his line-up, with only Juventus forward Juan Cuadrado retaining his place.

They took the lead just after the half-hour mark when Gustavo Cuellar scored through goalkeeper Roberto Fernandez's legs from a tight angle.

In the second half Colombia had a goal and a penalty award chalked off by VAR.

Ind vs Aus: Wanted to put Ashwin under a little bit of pressure, says Smith 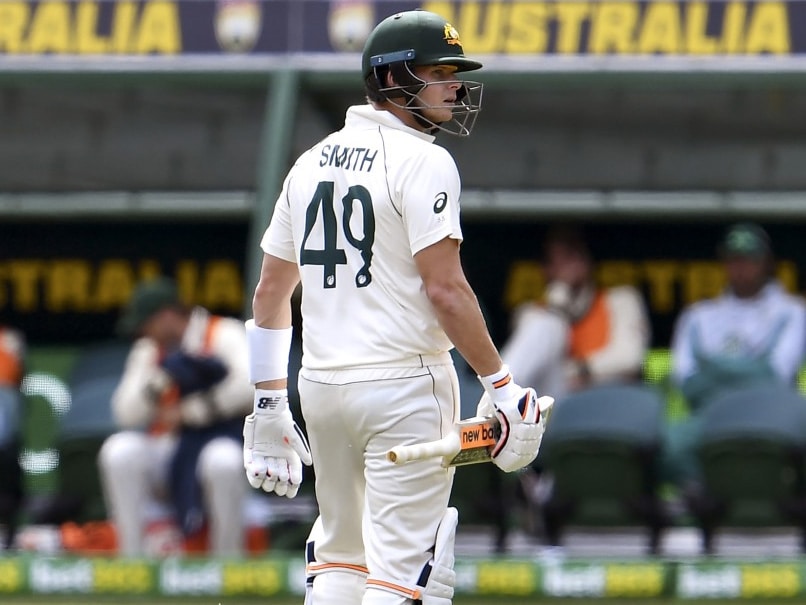 Sydney, Jan 7: Australia batsman Steve Smith said he was trying to redeem himself by putting spinner Ravichandran Ashwin under pressure on the opening day of the third Test against India at the Sydney Cricket Ground (SCG) on Thursday.

Smith, who was struggling in the series before the Pink Test, played confidently with a different approach. He is unbeaten on 31 and put on a good partnership with Marnus Labuschagne (67*).

The 31-year-old batsman was bagged twice by Ashwin in the four innings of the ongoing series and so Smith decided to stay positive.

"I'm good, nice to spend a bit of time out there, nice to stitch in a partnership with Marnus. I wanted to put him (Ashwin) under a little bit of pressure which I haven't done in this series. Was just trying to hold the grip a bit tighter, I've been struggling, so I was getting into good positions today. Was good to get a couple of boundaries early. Marnus played well, hopefully, we go along well tomorrow," Smith said after the conclusion of play on the opening day.

Debutant Will Pucovski rode his luck and Labuschagne showed resolve as the duo hit half-centuries to put Australia in a dominating position.

At stumps, Australia's score read 166/2 in 55 overs. On a day when the Indian bowlers had to toil hard -- for the first time in the Test series -- 35 overs were lost due to rain.

Mohammed Siraj, playing in his second Test, struck in the fourth over to hand India an early breakthrough as opener David Warner -- returning after missing two Tests due to groin injury - walked back after scoring just five runs.

The first session saw just 7.1 over being bowled and the persistent drizzle brought about an early call for lunch as the hosts' score reads 21/1. After losing Warner early in the game, Pucovski showed great intent in front of a fierce bowling line-up and with Labuschangne for company and the two built a platform to bring the hosts back into the game.

3rd Test: Australia all out for 338 in 1st innings 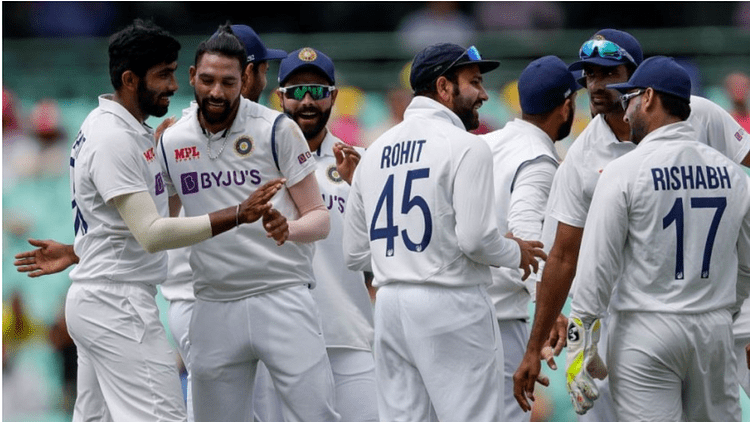 Sydney, Jan 7: Australia were all out for 338 in their first innings on the second day of the third and penultimate Test against India on Friday.

After Will Pucovski (62) and Marnus Labuschagne (91) gave the hosts their strongest start of the series, Steve Smith struck a gritty 131-run knock to ensure that the team had a fighting score on the board.

For India, all-rounder Ravindra Jadeja was the top wicket-taker with four scalps, conceding 62 runs in his 18 overs.

Pace spearhead Jasprit Bumrah and debutant Navdeep Saini chipped in with two wickets each to keep the visiting side firmly in the match after the hosts claimed the day one honours.

The series is currently locked 1-1 after India's remarkable eight-wicket comeback win in the Melbourne Test, off-setting a humiliating loss in the opener in Adelaide. 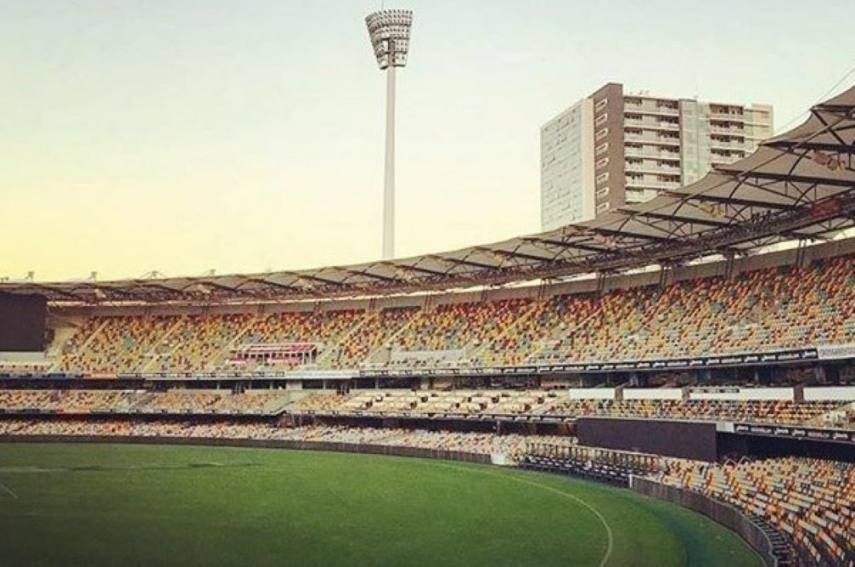 Sydney, Jan 4: Cricket Australia chief executive Nick Hockley on Monday dismissed reports that the Indian team is reluctant to play the fourth Test in Brisbane because of stricter quarantine rules there.

Hockley said the Indian cricket board was "fully across (and) supportive" of quarantine requirements in Queensland.

"We speak to our counterparts at the BCCI daily," he told reporters here.

"We've had nothing formal from the BCCI to suggest anything other than they're supportive. Both teams have wanted to play the schedule as we've set out," he asserted.

The third Test in the four-match series is scheduled to be played at the Sydney Cricket Ground from Thursday. The series is locked at 1-1 right now.

The fourth game is due from January 15 at the Gabba.

The Australian media has claimed that the Brisbane Test is in jeopardy because of the tourists' reluctance to travel there in view of harder quarantine rules, having already served one upon entering Australia in November.

The reports, citing unnamed sources, claimed that the Indian team wanted the fourth Test to be also held in Sydney.

Queensland has closed its borders for people travelling from New South Wales, of which Sydney is the capital, due to the rising cases of COVID-19 in the city and surrounding areas.

Both the Indian and Australian teams travelled to Sydney on Monday after all their players and support staff returned negative in latest round of COVID-19 tests.

Cricket Australia, in a media release, said it is probing the matter jointly with the BCCI after a video of the players at an indoor restaurant was posted by a fan, who identified himself as Navaldeep Singh on Twitter.

Earlier in the day, Australia's leading spinner Nathan Lyon had called on players from both teams to "get out there and play the game" instead of worrying over things that are beyond their control.

"I am not really worried about what's being reported, it is for us to worry about what we can control and the information that we are receiving from the people at Cricket Australia and the medical people," Lyon had said.

"It is just about us making sure that we are very well prepared for the Sydney Test, everyone keeps talking about the Gabba Test.

"But there is a massive Test match in just couple of days at the SCG and that is where our focus is 100 per cent at the moment," the veteran off-spinner added.