New Delhi, Nov 17: While having a bad mood is nothing new and can be experienced anytime, it can make you more distrustful, says a study.

Negative emotions reduce how much we trust others, even if these emotions were triggered by events that have nothing to do with the decision to trust.

Moreover, these emotions can influence the way we interact with others is well known - just think of how easily an argument with a loved one can get heated.

But what about when these emotions are triggered by events that have nothing to do with the person we are interacting with, for instance, the annoyance caused by a traffic jam or a parking fine.

Researchers call these types of emotions "incidental" because they were triggered by events that are unrelated to our currently ongoing social interactions.

It has been shown that incidental emotions frequently occur in our day-to-day interactions with others, although we might not be fully aware of them.

As part of the study, a team of researchers investigated whether the incidental aversive effect can influence the trust behaviour and the brain networks relevant for supporting social cognition.

To induce a prolonged state of negative affect, the team used the well-established threat-of-shock method, in which participants are threatened with (but only sometimes given) an unpleasant electrical shock. This threat has been shown to reliably induce anticipatory anxiety.

Within this emotional context, participants were then asked to play a trust game, which involved decisions about how much money they wished to invest in a stranger (with the stranger having the possibility to repay in kind or keep all the invested money to themselves).

The researchers have found that participants indeed trusted significantly less when they were anxious about receiving a shock, even though the threat had nothing to do with their decision to trust.

The team also recorded participants' brain responses using functional magnetic resonance imaging (MRI) while they made trust decisions. This revealed that a region that is widely implicated in understanding others' beliefs, the temporoparietal junction (TPJ), was significantly suppressed during trust decisions when participants felt threatened, but not when they felt safe.

The connectivity between the TPJ and the amygdala was also significantly suppressed by negative affect. Moreover, under safe conditions, the strength of the connectivity between the TPJ and other important social cognition regions, such as the posterior superior temporal sulcus and the dorsomedial prefrontal cortex, predicted how much participants trusted others. This relationship between brain activity and behaviour was nullified when participants felt anxious.

"These results show that negative emotions can significantly impact our social interactions, and specifically how much we trust others. They also reveal the underlying effects of a negative effect on brain circuitry. Negative effect suppresses the social cognitive neural machinery important for understanding and predicting others' behaviour," explained authors Jan Engelmann and Christian Ruff.

Scientists have developed a new tool that mimics how the novel coronavirus which causes COVID-19 enters and infects cells, an advance that could potentially speed up the search for treatments against the deadly disease.

The novel tool, described in the journal ACS Nano, is a fluorescent nanoparticle probe with the spike protein that is present on the surface of the SARS-CoV-2 virus, which it uses to bind to human cells and enter them.

According to the researchers, including those from the National Center for Advancing Translational Sciences (NCATS) in the US, the probe could be used in tests to rapidly gauge the ability of therapeutics to block the actual virus from infecting human cells.

"Our goal is to create a screening system to find compounds that block SARS-CoV-2 from binding to cells and infecting them," explained Kirill Gorshkov, a co-author of the study from the Naval Research Laboratory (NRL) in the US.

Since using the actual virus in such screening studies would be difficult and require special facilities, the scientists said they used nanoparticles to mimic the viral function of binding to and invading the host human cell.

"We at NRL are experts in nanoparticles, and the NCATS researchers are experts in drug screening using cellular systems. So, it was the perfect match," explained Eunkeu Oh, another co-author of the study from NRL.

To create the probe, the scientists built an ultrasmall fluorescent particle called a quantum dot, fashioned from cadmium and selenium.

According to the researchers, these particles are at around 10 nanometers in size, which makes them 3,000 times smaller than the width of a single human hair.

They studded the quantum dots' surfaces with a section of the SARS-CoV-2 spike protein which binds to ACE2 -- a human cell surface protein.

The study noted that the first step in the pathway to novel coronavirus infection is the union of the spike protein with ACE2.

The scientists could track the dots' behaviour under a microscope based on their fluorescent glow.

"Because they're such bright fluorescent objects, the quantum dots give us a powerful system to track viral attachment and effects on the cell in real time," Gorshkov said.

The researchers observed how the nanoparticle probes attach to ACE2 in a lung cell line commonly used in coronavirus assays.

According to the scientists, the probes were not toxic to the test cells at the concentrations and exposure times used in the study.

While the quantum dots followed the SARS-CoV-2 pathway into cells, they said the probes also mimicked the virus in the presence of antibodies, which are proteins made by the immune system that can specifically neutralise invading foreign agents like viruses.

The study noted that the antibodies were potent inhibitors of the quantum dot probes as well, preventing them from binding to ACE2 and entering human cells.

Based on the observation, the researchers said the quantum dot probes could help rapidly test the ability of potential therapeutic agents to block the virus from entering and infecting cells.

They said assays using the probes could also determine the concentrations at which potential treatments may safely and effectively block infection.

"Using the quantum dots, we could create tests to use in drug screening and drug repurposing, using libraries of compounds that have activity but that also are approved by the U.S. Food and Drug Administration," Gorshkov said.

"Such assays could rapidly identify promising, safe treatments for COVID-19," he added.

The scientists believe the probe's flexible design can allow researchers to swap in spikes that bind to other receptors as well since ACE2 may not be the only protein SARS-CoV-2 targets.

According to the researchers, the probe could also be used to test how mutations in the spike change the way the virus behaves by adding mutated spikes to the quantum dots.

Covid-19 vaccine to be available by ‘start of next year’: Harsh Vardhan

New Delhi, Sept 17: Union Health Minister Harsh Vardhan on Thursday said that the coronavirus vaccine will be made available in the country by the start of next year. The remarks come at a time when India is recording more than 50 lakh cases and people are awaiting the vaccine with bated breath.

"Just like other countries, India is also making efforts. Three vaccines candidates are in different phases. Under Prime Minister's guidance, an expert group is looking at it and there is advanced planning in place. We are hopeful that by the start of next year a vaccine will be available in India," Harsh Vardhan said in Rajya Sabha.

Two indigenous vaccines by Zydus Cadila and Bharat Biotech have completed phase 1. Serum Institute of India (SII) has again commenced the trials after getting clearance from the Drug Controller General of India.

India is the manufacturing partner of the vaccine candidate named Covishield, developed jointly by the University of Oxford's Jenner Institute's and AstraZeneca. The Pune-based firm, SII, is looking after the trials at 17 trial sites across India.

Besides this, the Russian Direct Investment Fund (RDIF) and Dr. Reddy's Laboratories Limited, a global pharmaceutical company headquartered out of India, have agreed to cooperate on clinical trials and distribution of Sputnik V vaccine in India.

Sputnik V, an adenovirus vector-based vaccine, was developed by the Gamaleya Scientific Research Institute of Epidemiology and Microbiology, along with the Russian Direct Investment Fund and registered on August 11.

"On regulatory approval in India, RDIF shall supply to Dr. Reddy's 100 million doses of the vaccine. The Sputnik V vaccine, which is based on well-studied human adenoviral vector platform with proven safety, is undergoing clinical trials for the coronavirus pandemic," said a statement from the fund. 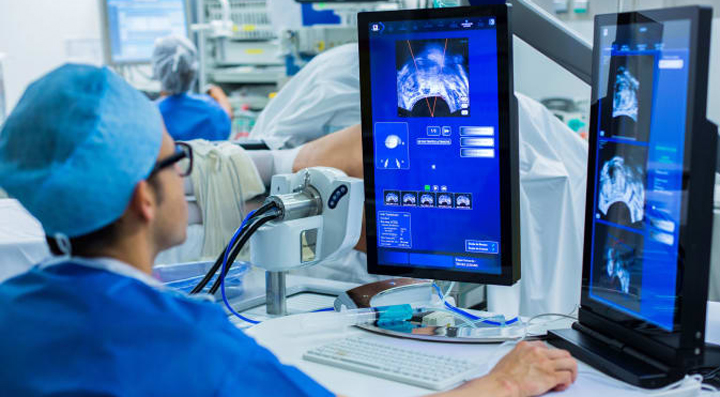 Prostate cancer is the most common cancer in men and one of the leading causes of cancer death. Prostate Specific Membrane Antigen (PSMA ) is highly expressed in prostate cancer and its expression increases with tumour aggressiveness, metastatic disease and disease recurrence.

Secretary of DMCH Managing Society, Sh. Prem Kumar Gupta said, “Very few facilities in the region have this state-of-art facility and will be of great benefit for the patients.” He further added, “DMCH Cancer Care Centre is always in the process of acquiring new techniques and facilities for diagnosing and treating various cancer diseases. The availability of this facility will go a long way to help both patients and clinicians in knowing about the proper stage of prostate cancer, thereby helping patients with better outcome.”

Dr. Puneet Bhutani from the Department of Nuclear Medicine, American Oncology Institute stated, “This is a major milestone in diagnosis of prostate cancer. The procedure of diagnosing prostate cancer through PSMA-PET Scan is more accurate method for early detection of recurrent disease. It allows the oncologists to treat patients at an early stage and provide them a better treatment outcome.”

The team of clinical, paraclinical and healthcare operations experts pride themselves with the aim of closing the gap between standards of cancer care in South Asia and the developed cancer hospitals in the West. AOI provides comprehensive cancer management that is powered by clinical excellence, world class technology as well as best in class clinical pathways and protocols for treatment planning and execution, providing best in-class quality in cancer care across South Asia.