London, Jul 4: Hollywood star Chris Hemsworth says he is really excited about the biopic on WWE legend Hulk Hogan, which is currently in development.

"The Thor" actor revealed that he will bulk up his physique for the much-anticipated film to be directed by “Joker” helmer Todd Phillips.

“This movie is going to be a really fun project. As you can imagine, the preparation for the role will be insanely physical. I will have to put on more size than I ever have before, even more than I put on for Thor.

''And then there is the accent as well as the physicality and the attitude. I will also have to do a deep dive into the rabbit hole of the wrestling world, which I'm really looking forward to doing,” Hemsworth told British magazine Total Film.

The project was announced last year, with “8 Mile” scribe Scott Silver and John Pollono attached to pen the script.

It is expected to look into Hogan's rise from the Florida wrestling circuit to becoming the face of the World Wrestling Federation in the 1980s where he squared off with villain Andre the Giant.

The 36-year-old actor, however, said that the team is still “quite a way away” from starting production on the film.

“'I haven't even seen a script yet. The project is deep in development. Todd Phillips and I met to chat about it maybe a year or two ago. We talked about the idea for the film, which I think was going to be a TV series at one point.

''There were a few different ideas about what portion of his life it was going to be set in, so we spitballed about what it could be and what I thought it might be. Thankfully, they ran with a few of those ideas and the script is in the process of being written - but Hulk Hogan is still quite a way away.''

The biopic will be produced by Michael Sugar through his Sugar23's first-look Netflix deal along with Joint Efforts' Phillips and Bradley Cooper, Eric Bischoff, and Hemsworth.

Hogan will also serve as executive producer along with Sugar23's Ashley Zalta. Steve Desmond and Michael Sherman will serve as co-producers. 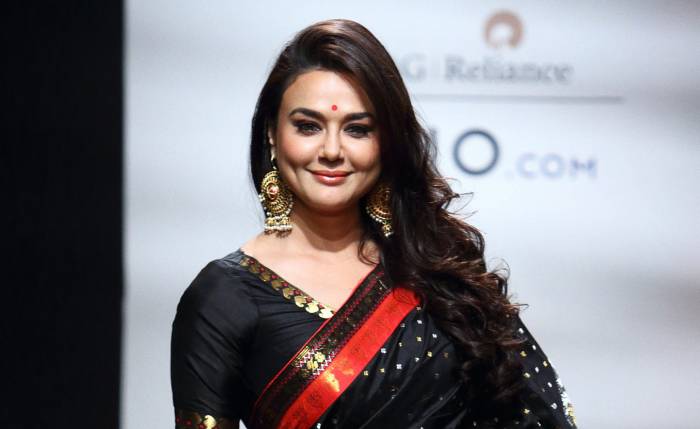 The 'Kal Ho Na Ho' actor shared a picture of one of the scenes from the film on Instagram and thanked film director Mukesh Chhabra for doing justice to the 'Kai Po Che!' actor's last film.

"Saw #Dilbechara again Thank you @castingchhabra for doing full justice to Sushant's last movie," she wrote in the caption.
"It was surreal, a tearjerker and an emotional roller coaster all the way," she added.

She also praised Sushant's co-actor Sanjana Sanghi for doing a "fab job" in the film which happens to be her debut flick.

"@sanjanasanghi96 U and the rest of the cast did a fab job. Congratulations to all of you. #Bittersweet #MissU," the 45-year-old actor further wrote.

Produced by Fox Star Studios, 'Dil Bechara' has been adapted from the famous John Green novel 'The Fault In Our Stars.'

Rajput was found dead at his Mumbai's Bandra residence on June 14. 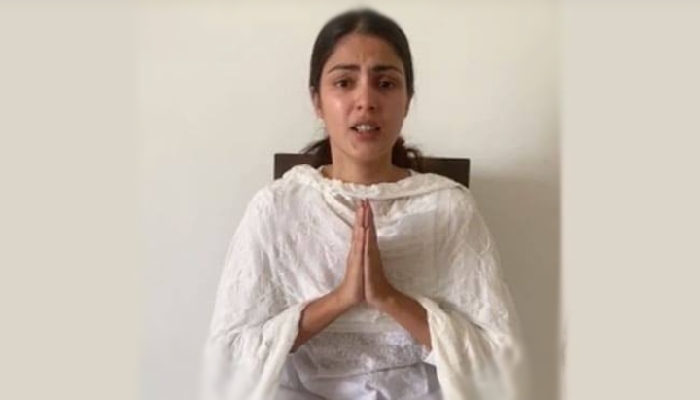 New Delhi, Jul 31: After an FIR was registered against her in various sections including abetment of suicide in the Sushant Singh Rajput death case, actor Rhea Chakraborty on Friday said that she has faith in the judiciary and she will get justice.

In a video statement issued by her lawyers, the actor refrained from commenting on "horrible things" being said against her saying that the matter is sub judice.

“I have immense faith in God and the judiciary. I believe that I will get justice. Even though horrible things are being said about me in the electronic media. I refrain from commenting on the advice of my lawyers as the matter is sub judice. Satyamev Jayate. The truth shall prevail," Chakraborty said in the video statement.

An FIR was filed by Rajput's father KK Singh against Chakraborty in Bihar under several sections including abetment of suicide.

Days after Rajput's death, Chakraborty said she was the "girlfriend" of the 'Dil Bechara' actor while requesting a CBI inquiry in the case.

Chakraborty has also approached the Supreme Court for transfer of investigation to Mumbai in the FIR registered against her in Patna.

Earlier in the day, targeting Chakraborty over Rajput's death, Bihar Minister and JD-U leader Maheshwar Hazari said she played the role of "vishkanya" and alleged that there is a "big gang" behind the "killing" of the actor.

"There is a big gang behind the killing of Sushant Singh Rajput. Earlier also talented people who went to Mumbai for work were killed. This gang used Rhea Chakraborty. She trapped Sushant Singh Rajput in a love affair, got his money transferred. Later, she started drama of 'bhoot pret' (ghosts) and played the role of a 'vishkanya'. She sabotaged his talent and defamed love," Hazari said.

According to the Maharashtra police, statements of 41 people, including filmmaker Mahesh Bhatt, film critic Rajeev Masand, director-producer Sanjay Leela Bhansali, and filmmaker Aditya Chopra have been recorded in the investigation so far.

Maharashtra Home Minister Anil Deshmukh had said that Mumbai Police are investigating the case and it will not be transferred to the CBI.

Bhubaneswar, Jul 25: The COVID-19 pandemic has hit many people hard, and the latest victim of the pandemic is Bollywood actor Kartika Sahoo from Odisha. With the entertainment industry almost non-functional and most productions on hold, the actor is forced to sell vegetables for a living.

Sahoo, who hails from the from Garadpur block of the Kendrapada district in Odisha, said that he went to Mumbai to try his luck in Bollywood at the age of 17. For many years he worked as a bodyguard to film stars and cricketers such as Amitabh Bachchan and Sachin Tendulkar, among others.

Lady luck shone on him in 2018, and he landed noticeable roles in the action sequences of many movies, he said while speaking with news agency. He also has a fight sequence with Akshay Kumar in his upcoming film 'Sooryavanshi'.

Just before the nationwide lockdown which started on March 22, Sahoo had returned home to Odisha after shooting a fight sequence in Jaipur. Since then, with no work, the actor has been living off his savings to sustain his family. But, after four months of no work, and a medical emergency, a major part of his savings was drained.

To find work, he moved to state capital Bhubaneswar, but to no avail. In the end, Sahoo had to resort to selling vegetables in Rasulgad there.

Sahoo is still hopeful and said that he'll again try his luck in Bollywood once the situation is back to normal, till then he'll struggle, like others, for survival.