Dhanbad, Sept 9: A class 4 student of a school in Jharkhand's Dhanbad district was allegedly raped by two school teachers including the vice-principal in the sickroom of the institution, police said on Monday. 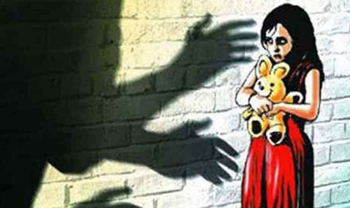 An FIR was registered at Katras police station against the two teachers of the Topchanchhi-based school after the girl accused them of raping her in the sickroom of the institution a month ago, the police said.

The Dhanbad Senior Superintendent of Police (SSP), Kishor Kaushal, told reporters on Sunday that the FIR was lodged on Saturday based on the nine-year-old victims complaint and that the "matter is serious.

"The police are investigating the case from all angles and action will be taken on the basis of medical test report," the SSP said.

Medical test of the girl was conducted on Sunday at the Patliputra Medical College Hospital, the PMCH Superintendent, Dr H K Singh, said.

Police recorded the statement of the girl in a local court under section 164 after the FIR was registered, the SSP said.

The FIR was lodged against the two teachers, including the vice-principal, and school's sickroom nurse, under different sections of the Indian Penal Code and POCSO Act.

According to the FIR, a month ago the girl had fainted in her classroom.

A teacher sent her to the sickroom, where the nurse gave her medicine, and she lost consciousness. She was allegedly raped and the vice-principal and the class teacher were allegedly involved in the crime, police said.

A few days later the girl's family took her to a doctor as she was not well.

The doctor apprehended something wrongdoing with the girl.

When asked, the girl narrated her ordeal to her parents on Friday. A team of senior police officers questioned the students, teachers and the principal of the school.

The Principal of the school, Tanushree Banerjee, said she was not informed about the alleged incident.

"I don't believe as sickroom of the school remains crowded with students. However, the allegation is serious and the school will cooperate with the police in their investigation," she said.

Nagpur, July 21: In a shocking incident, an 11-year-old boy allegedly killed self in Maharashtra's Nagpur city after being reprimanded by his mother for buying a samosa, police said on Tuesday.

Veeru Natthu Sahu was found hanging from a ceiling fan at his home in Ganga Nagar in Gittikhadan area on Sunday night, an official said.

The deceased boy's family was struggling to make ends meet after their small business was hit because of the coronavirus-induced lockdown, he said.

The Class 7 student had taken Rs 10 from home without asking his mother and bought a samosa, which was then eaten by his elder brother, the official said.

The boy's mother scolded him for taking money without her permission and asked him to get the snack for himself, following which the distraught minor allegedly went into the kitchen and hanged himself using a saree, he said.

The Gittikhadan police have registered a case of accidental death in this regard, the official added.

Noida, Jul 28: A doctor admitted at a private hospital in Noida has been accused of sexually harassing a patient in his isolation ward, where both were undergoing treatment for COVID-19, the police said. 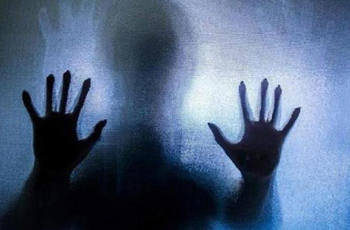 The 20-year-old woman, in her complaint to the police, alleged that the incident took place on Monday and based on that a case was filed at the local expressway police station, they said.

A senior police official said an investigation is underway and there might be lapses on part of the hospital which allegedly admitted a man and a woman in the same isolation ward, in violation of the norms.

The woman and the doctor had tested positive for coronavirus last week, according to officials.

"The woman was in the isolation ward of the private hospital. There was a man, a medical practitioner, who too was infected with coronavirus and was sharing the ward with her," Additional Deputy Commissioner of Police, Noida, Ranvijay Singh said.

He said the woman alleged molestation and upon being informed, the police immediately lodged a case and initiated a probe into the matter.

"There appears to be some irresponsibility on part of the hospital too. We are communication with the medical departments to check whether the patients were being kept in accordance with the guidelines," Mr Singh said.

He said the accused is still in isolation but the police will reach out for his statement following due protocols of COVID-19.

"All necessary action will be taken as per the truth that will emerge after a thorough investigation," Mr Singh said.