World Cancer Day is celebrated every year on February 4th with the intention to ensure people living with cancer are not forgotten.

World Cancer Day has grown into a global movement that empowers and unites the world's voice against cancer, a strong verbal theme that promotes and focuses the common message "I Am and I Will".

This reiterates the message that whoever we are, our own actions can make a difference and reduce the risk of cancer. It offers an open invitation to all to make a personal commitment to achieving healthy habits. About half of all cancers can be prevented through healthy living, such as eating more vegetables, fruit, and fiber, moving more and sitting less, maintaining healthy body weight, no smoking, and less consumption of alcohol.

It is sad to see such  broad misconceptions about Cancer in the society -  ‘Cancer Kills Suddenly’, ‘Cancer equals to death’, ‘Cancer is Incurable, ‘Cancer spreads from person to person’ etc. Cancer of-course does change all aspects of life, including family emotions, economical burden, and responsibilities but the question is – is it always true?? Is the diagnosis of cancer always the last call in life?

A big ‘NO’ - for the above aspects may put you in doubt or surprise you, but that is the truth. This all varies according to disease types and stage.

On the 20th anniversary of World Cancer Day, we as a global community should raise our voice to stand up for a world where millions of preventable cancer deaths are saved and access to life-saving cancer care is equal to all. 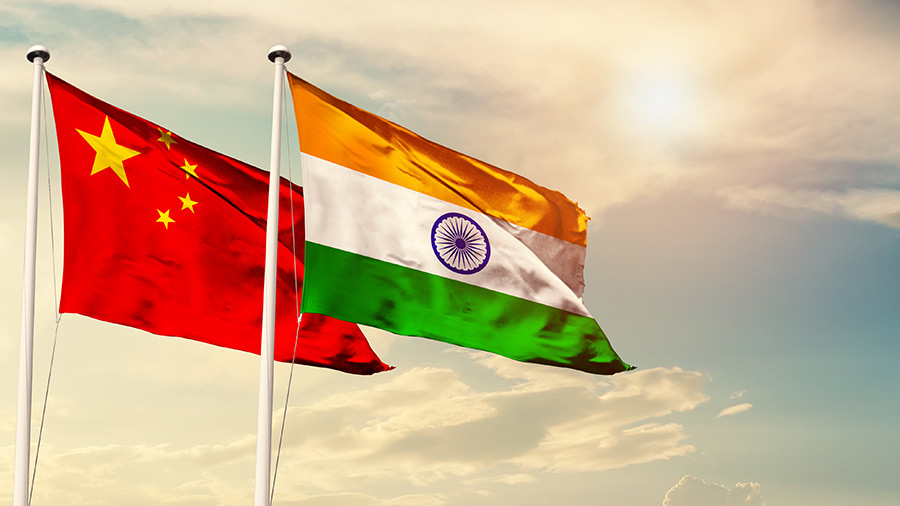 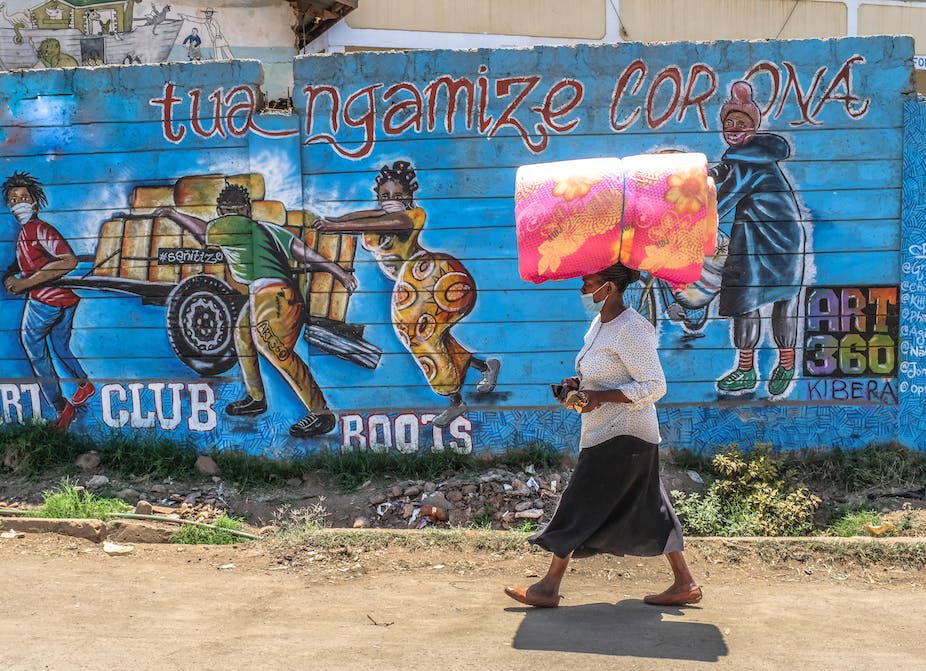 Geneva, Feb 24: Poorer countries will most likely "bear the brunt of hundreds of thousands of needless deaths" due to inequalities in access to COVID-19 vaccines.

This dire warning was given by the Commonwealth Secretary-General Patricia Scotland in a video address to the High-Level Segment at the 46th session of the UN Human Rights Council in Geneva on Tuesday.

More than 130 high-level dignitaries, including heads of state, foreign ministers and heads of international organisations, spoke during the High-Level Segment.

The Commonwealth Secretary-General said: "COVID-19 has shone a harsh light on health inequalities within and between countries. Nowhere is this more evident than in access to vaccines.

"Although vaccines are a vital lifeline, they remain out of the grasp of far too many.

"Crucially, it means that citizens of the poorest nations may bear the brunt of hundreds of thousands of needless deaths.

"We must not allow this. Leaders of our world must come together to ensure that this does not happen."

She added: "Covid has taught us that in order for any of us to be safe, we all must be safe. We must act together."

This past year has enhanced lingering existential threats, including the climate emergency, the Secretary-General stated.

She reaffirmed the Commonwealth's resolve to support small states and other vulnerable countries to protect the environment and tackle climate change.

Social injustices, including discrimination, poverty among marginalised communities and violence against women and girls, have also been exacerbated by the pandemic.

The Secretary-General called for inclusive development and multilateral co-operation, stressing that recommitment to human rights must be central to Covid-19 recovery efforts.

She concluded: "Human rights are not the panacea to all challenges brought about by the pandemic, by climate change or by the never-ending list of conflicts across the world. But the last 12 months have taught a painful lesson to humanity. We must learn from experience.

"We have to make human rights central to building back better. Without human rights, humanity is not a sustainable project. We cannot afford to fail."

The Commonwealth is a voluntary association of 54 independent and equal sovereign states. The combined population is 2.4 billion, of which more than 60 per cent is aged 29 or under. 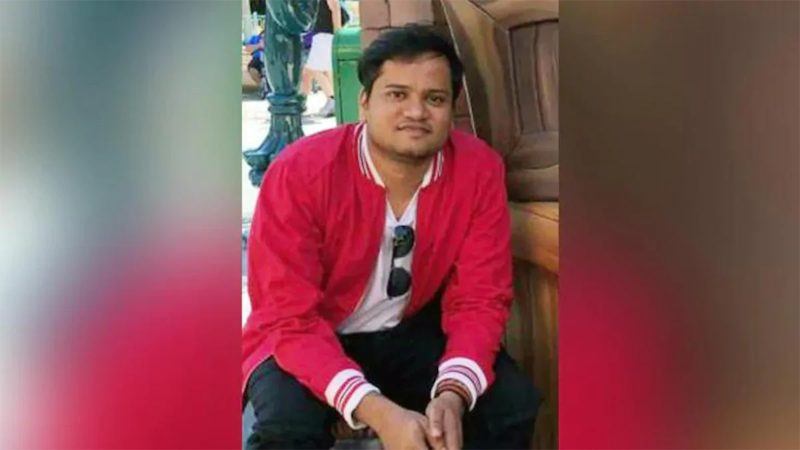 New Delhi, Feb 24: Shantanu Muluk, who is an accused in the 'Toolkit' conspiracy case related to the farmers' protest, has asserted that he merely created the document with information on the agitation, which was then edited by others without his knowledge.

Muluk, along with climate activist Disha Ravi and Nikita Jacob are facing charges of conspiracy and sedition in the case related to the farmers' protest. The police said that the 'Toolkit' was a sinister design to defame India and cause violence.

"He merely created a document containing information about the protest and it was then edited by others without the knowledge or involvement," the bail petition filed by him on Tuesday stated, adding that he did not access the document after January 20.

Muluk asserted that he helped collate information about the site of farmers' protests and formulate it in the form of a map for easy reference. "The toolkit clearly shows that there is absolutely no connection with their social media support for the farmers protests, and with any violence whatsoever."

There is absolutely nothing in the "Toolkit' that advises doing anything unlawful, he said, adding that all it talks about is social media and offline peaceful protests and contacting elected representatives.

He further emphasized that there was nothing objectionable about the content included by him in the document and had no control over the document as others were also permitted to edit the same.

He said that he has never had any contact with any person outside India in relation to the Toolkit, while clarifying the allegation put forth by the police on his links with the Canada-based Khalistani organisations 'Poetic Justice Foundation' and Sikhs for Justice.

"That there may be differing views on 'internationalising' a protest, but the same is certainly not illegal. Applicant as a climate activist perforce campaigns with activists internationally. Simply talking to persons from outside India cannot be criminalised," the petition said.

He further claimed to not know about the co-founder of Poetic Justice Foundation MO Dhaliwal and stated in the bail plea that nothing objectionable was said in the zoom call on January 11, of which they both were part of.

"There were some 70 odd persons on the call of whom the applicant did not know anybody apart from his colleague Nikita Jacob. Some people spoke there but nobody said anything that was divisive on the Zoom Call so the applicant had no reason to suspect anyone or anything," Muluk emphasized.

Fearing arrest, Muluk moved the Patiala House Court in Delhi seeking anticipatory bail on Tuesday, days before the end of ten-day transit remand granted to him by the Bombay High Court on February 16. The court will hear the arguments on this bail plea on Thursday.

Muluk and Jacob had joined the investigation at Delhi Police's Cyber Cell office in Dwarka on February 22, and were later confronted with Disha Ravi.