Manipal: The Bajrang Dal connection to kidnap and gang-rape of a medical student in Manipal has irked the Sangh Parivar leaders, who on Wednesday had issued a deadline of 24 hours to police to nab the real culprits in the case. 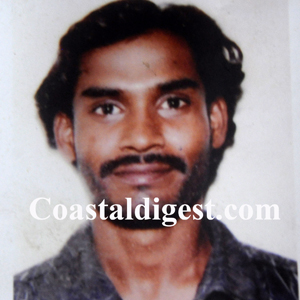 Ironically, all three arrested — Yogesh Poojary (30) a resident of Ontibettu, Hariprasad Poojary (27) and Anand (28) residents of Badagabettu, Parkala – were not only proud activists of Bajrang Dal, but also were at the forefront of many hatemongering protests staged by the saffron outfit in Udupi.

The main accused Yogesh Poojary, against whom a rioting case had been booked before 2005, was a pet activist for many prominent leaders of Sangh Parivar. If sources are to be believed he used to play a main role in most of the protests organized by Bajrang Dal in Udupi districts. More over his own brother had participated in the protest held by Bajrang Dal and Vishwa Hindu Parishad in Manipal on June 26 demanding the arrest of rapists.

The double standard of saffron leaders, who chose to remain off the scene following the arrests, has drawn severe criticism especially in social media like Facebook.

While some have exposed the Hindutva background of the arrested, some went on to dub Bajrang Dal as an organization of rapists and goons.

A prominent journalist from Bangalore, who is known for his investigative stories posts, “Yogesh, who was arrested in connection with the Manipal gang-rape case has been an old hand with the Bajrang Dal. Now, what's interesting is that his elder brother, also a Bajrangi, sat in a protest in Manipal demanding the arrest of those responsible for the rape. At that protest demonstration, the Bajrangis were alleging that Muslims and terrorists were behind the rape.”

“Yogesh tried to commit suicide minutes before he was arrested. According to my sources, he couldn't bear to be exposed for what he actually is after being known in the region as a protector of Hindu and Indian morality. He is also said to have been behind many acts of Hindutva vigilantism in the region,” he adds.

Another Facebook post makes fun of Bajrang Dal background of Yogesh: “I thought Ram's monkeys are supposed to rescue women from the clutches of evil. Jai Jai sri Ram!”

Another television journalist from Mangalore recalls the episode of cyanide killer Mohana, who had participated in anti-love jihad protests staged by Bajrang Dal. Later, it was found that Mohana himself had raped and murdered dozens of Hindu women, who were dubbed by Sangh Parvar as victims of so called love-jihad.

“Arrested Yogesh, was not only a former leader of Bajrang Dal, but also acted as a savior of Hindu culture. There are many Yogeshs in Udupi Bajrang Dal, whose leader Yashpal Suvarna in a public protest had alleged that Muslim youths were behind Manipal gang-rape. Now let him speak out!,” posts DYFI leader Muneer Katipalla.

An NRI scholar based in United Kingdom replies: “I am surprised how the criminals who rape girls, attack women, beat up young boys and girls in the name of "our culture", do moral policing, etc., suddenly becomemaaji'/ 'ex-' (Bajrang Dal, VHP, ABVP, etc!). Any idea, how do they work it so well to make them "ex-"? (but, before they know who the criminal is, they also take big processions/ rallies to demand action!).”

“Feel pity on Sangh Parivar and their patrons including Swamijis. Vishwesha Teertha Swamiji of Pejawar mutt had lashed out at state government for delay in arrest of culprits in Manipal gang-rape. Unfortunately the rapists came from same Bajrang Dal,” says Facebook status of a woman.

“Why are you now silent my dear Bajrangi goons? Reply reply reply!!!,” tweets a student from Manipal University.