Greater Mangalore all set to give new look to MCC

Mangalore: The process of making Mangalore City Corporation intoGreater Mangalore' has almost begun and steps are being initiated to embrace 33 villages around the MCC. In this regard, the meeting of the Gram Panchayat, Town Municipal council and Gram Panchayat Presidents and Secretaries has been convened. 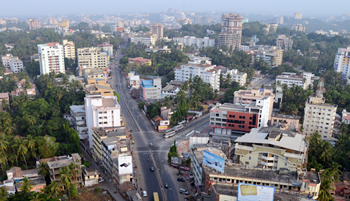 Inclusion of areas to MCC has stipulated procedures. The local governing bodies have to resolve that they are ready to be merged with the Corporation. They have to then send the resolution to the Corporation.

On receiving the report, the MCC too will have to pass resolution accepting the areas into its fold. This resolution will be sent to the Government for approval. After the government orders in favour of the project, thenGreater Mangalore' will take shape.

Once the Greater Mangalore is formed, there will be massive development in basic infrastructure. Greater funds will be available for urban development. The region will also get more funds from central government under the Jawaharlal Nehru National Urban Renewal Mission (JNNURM).

All in all with Greater Mangalore, the MCC which has 60 wards at present, will get great face-lift