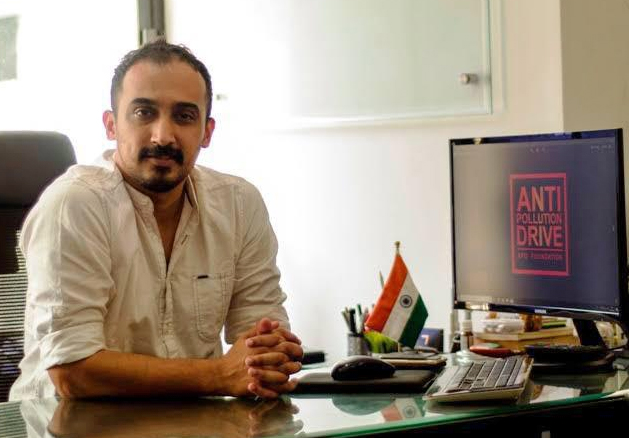 Mangalore, Aug 14: City based Anti-Pollution Drive Foundation (APDF) has appealed to the Union Ministry of Environment, Forest & Climate Change (MoEFCC) to immediately review and modify the draft of the new environment policy to address the glaring loopholes that could adversely impact the ecology of the nation.

The drawbacks of the new policy include reduced time frame for open consultative process, unqualified exemption given to a large number of projects from getting environmental clearance, reduced accountability for project promoters, provision for regularisation of unauthorised project activity, elimination of watchdog role of citizens and ambiguous protection given to ‘strategic’ projects from public scrutiny. These drawbacks result in lack of transparency, diminished role for citizens’ involvement in environment protection and vulnerability of the environment to commercial exploitation.

The environmental NGO has voiced these concerns in a letter addressed to the secretary of the ministry on August 10, 2020. The letter has been submitted by Megan D’Souza, Head of Communications, APD Foundation.

The union government had issued its draft Environment Impact Assessment (EIA) notification in the month of March this year and invited suggestions and recommendations from all stakeholders and the general public. The last date for receiving feedback expired on 11th August.

In its letter the foundation observed that “EIA is an important legal process that has implications in the establishment of new projects and also the expansion of existing projects while protecting the people and the ecology of the country from adverse impacts. The EIA process established under its parent legislation, the Environment Protection Act, 1986 stands to protect the environment. However, the new draft seems to conform less with that view as the new proposed changes dilute the provisions of EIA 2006.”

The letter further identified the following points as some of the most problematic aspects found in the 83-page document EIA 2020:

• Public consultation has been greatly weakened. Time period for the public to submit responses during a public hearing has been shrunk from 30 days to 20 days and the time to conduct a public hearing from 45 days to 40 days. This will amount to shutting out the voice of the people who are going to be affected and render the EIA meaningless and unfair.

• 40 projects are completely exempted from getting any environment clearance at all. Projects like mining will get an extension in validity (30 years to 50 years). Expansion of existing projects under 25% capacity also do not need a revised EIA. These run counterproductive to the government’s environmental protection measures.

• There is reduced accountability on the part of project proponents, as EIA mandates that a compliance report needs to be submitted once a year as opposed to the current requirement of once in six months.

• EIA 2020 allows projects to obtain post-facto approval meaning a project can start illegally without a clearance and get an approval later.

• Violations can be reported only by project proponents/Government and not by the people. This is akin to asking the fox to guard the henhouse. Perpetrators cannot be expected to be watchdogs unto themselves.  Meagre fines will be levied for violations, but the permanent damage, once done cannot be reversed.

• Information regarding projects under the strategic category will not to be shared in the public domain. This loophole could allow projects unrelated to defence and national security to be categorized as “strategic” just to get away without public consultation.

APD Foundation emphasised that the consequences of having a weak EIA will adversely impact the people, landscapes and the endangered wildlife in India as it will allow industries/corporations to exploit loopholes in the draft. “India simply cannot afford to lose the little green cover it has left,” the letter stated.

The Foundation urged the government to reconsider the draft and to strengthen rather than dilute it to comply with Article 21, Article 48 A and Article 51 (a)(g) of the Constitution of India. “Our EIA process needs to be more transparent, meaningful and credible such that the voice of the stakeholders is heard. We appeal to you to ensure absolute protection of the diverse ecosystems of our nation which include regions considered among the biodiversity hotspots of the world housing endemic species. Our natural heritage, once lost, can never be regained,” it stated.

“We look forward to your immediate intervention to reverse the direction taken in this proposed policy statement and come up with a revised document after eliminating these and many other glaring loopholes. Your decisive action in this regard will be remembered by generations to come,” it concluded.

Abdullah A. Rehman, Founder & CEO of APD Foundation has expressed hope that the union government will take cognisance of the genuine concerns raised by all the stakeholders. “I am confident that the revised draft of the policy will reflect a more pragmatic vision for the protection and nurturing of sustainable environment,” he said.