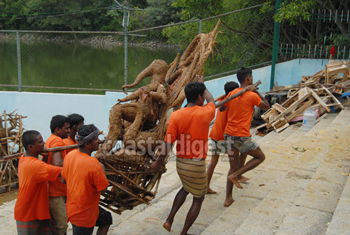 Bengaluru, Aug 27: As the festivities for Ganesh Chaturti began on Friday in the city, as many as 2.08 lakh idols were immersed in various tanks in the city. 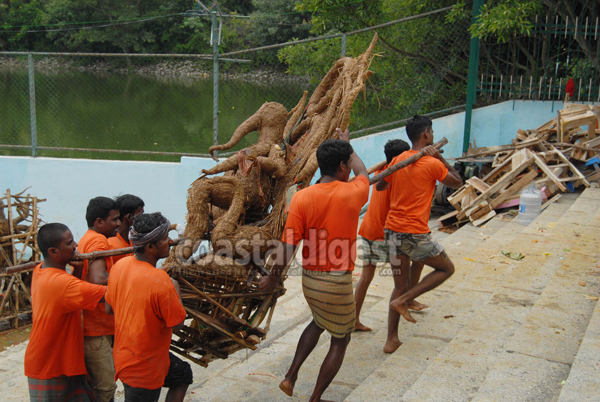 Though the Plaster of Paris (PoP) variety dominated the bigger idols that were taken out in processions, the Bruhat Bengaluru Mahanagara Palike (BBMP) officials said it was heartening to note that only around 12,000 idols immersed were PoP idols.

This year saw people innovate with eco-friendly Ganesh idols, some of them even planting seeds inside the idols to make them grow into plants after they are immersed.

“Though it is too early to tell as only the first day figures have come to us, the fact that only 12,000 of 2.08 lakh idols immersed were of PoP indicates a change in practice. We will get the whole picture at the end of the festival,” a BBMP official said.

BBMP said over 300 tonnes of garbage was also added to Bengaluru’s overall waste generated from all the zones on the first day. The city already generates approximately 4,200 tonnes of waste every day. From leftover banana stems in the prime market areas to flowers that were no longer fresh enough to be bought dotted several street-sides. 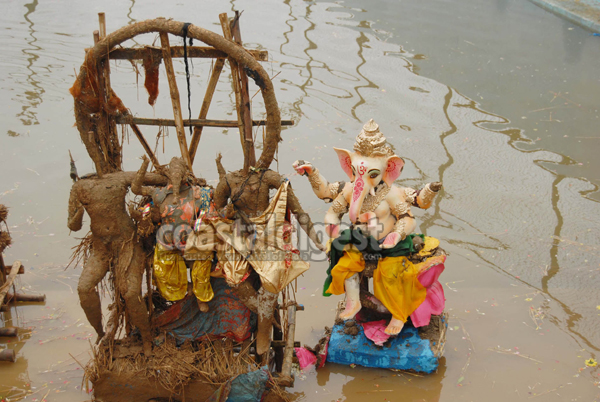 People have been Fooled since generations to believe in man made Gods and objects which are lifeless and empty stones. When VEDAS says NA TASYA PRATIMA ASTI (There is no image of God) & mentions of ONE GOD. Why do people not Verify what Vedas saying is Correct or not? People should wake up and learn about TRUE GOD rather than depending on the False Gods.Wake up Guys If U are Honest U wil find the TRUE GOD.

NA TASYA Pratima Asti (There is no image of God)Then What you are following is not GOD please learn your own scriptures to open up and learn more on what U worship is just stones which is life less and not god.

Rubbish.. Islam is the only one religion in this world. That is ultimate truth. stop following lakhs of Gods.

Better to immerse in water tank dedicated to this purpose. I saw like that video as salman khan's brother doing

Why people not inveting eco friendly one

In the name of God, they are polluting heavily

If people considering immersion is important then should make eco friendly idols..