Dubai, Jun 15: The global tally of Covid-19 coronavirus infections crossed the 8 million mark on Monday, with recoveries at 4.13 million, and deaths at nearly 436,000.

Ninety per cent of a sample group of coronavirus-recovered patients from a prominent hospital in China's Wuhan city where the pandemic broke out have reported lung damage and five per cent of them are again in quarantine after testing positive for the virus, according to a media report on Wednesday.

A team at the Zhongnan Hospital of Wuhan University led by Peng Zhiyong, director of the hospital's Intensive Care Unit, has been conducting follow-up visits with '100 recovered patients' since April.

The first phase of this one-year programme finished in July. The average age of the patients in the study is 59.

According to the first phase results, 90 per cent of the patients' lungs are still in a damaged state, which means their lungs ventilation and gas exchange functions have not recovered to the level of healthy people, state-run Global Times reported.

Peng's team conducted a six-minute walking test with the patients. They found that the recovered patients could only walk 400 metres in six minutes while their healthy peers could walk 500 metres in the same period.

Some recovered patients have to rely on oxygen machines even three months after being discharged from the hospital, Liang Tengxiao, a doctor from the Dongzhimen Hospital, Beijing University of Chinese Medicine, was quoted as saying by the report.

The results also showed that antibodies against the novel coronavirus in 10 per cent of the 100 patients have disappeared.

Five per cent of them received negative results in Covid-19 nucleic acid tests but positive results in Immunoglobulin M (IgM) tests, and thus have to be quarantined again, the report said.

IgM is usually the first antibody produced by the immune system when a virus attacks. A positive result in an IgM test usually means that a person has just been infected by the virus.

It is still unclear if this means these people have been infected again.

The 100 patients' immune systems have not fully recovered as they showed a low level of B cells -- - a primary force for killing viruses in the human body -- but a high level of T cells which only recognise viral antigens outside infected cells.

"The results revealed that the patients’ immune systems are still recovering," Peng said.

The patients also suffered from depression and a sense of stigma. Most of the recovered patients told the team that their families were not willing to have dinner with them at the same table, the report said.

Less than half of the recovered patients have returned to work, it said.

The findings are significant as the coronavirus first emerged in Wuhan city.

Hubei province for which Wuhan is the provincial capital has reported a total of 68,138 confirmed Covid-19 cases till now. The disease has claimed 4,512 lives in the province, according to the official data.

Washington, Jul 17: US President Donald Trump's economic adviser Larry Kudlow has said that TikTok may cut off ties to its Chinese parent and become a 100 per cent American company to circumvent demands to ban it as India has done.

"I think TikTok is going to pull out of the holding company which is China-run and operate as an independent American company," he told reporters at the White House on Thursday.

The US has not made a final decision on whether to ban it - which has been suggested by Secretary of State Mike Pompeo, he said.

TikTok being divested by ByteDance Technology Company "is a much better solution than banning or pushing away", said Kudlow, who is the Director of the National Economic Council.

He said that its services will be located in the US and "it will become an hundred per cent American company".

If it becomes a US company without Chinese links, India may have to reconsider the ban on the short video app wildly popular in the country.

India banned TikTok along with 58 other Chinese apps on June 29 citing threats to its defence and national security.

The ban came after a deadly clash between Indian and Chinese troops along the Line of Actual Control in Ladakh.

Under Beijing's National Security Law, all Chinese companies have to provide intelligence requested by the government, creating risks for users and their countries.

India was TikTok's biggest market outside of China, where it operates as Douyin.

There were about 200 million users in India and over 300 million downloads.

The US comes next with over 30 million users for the app. 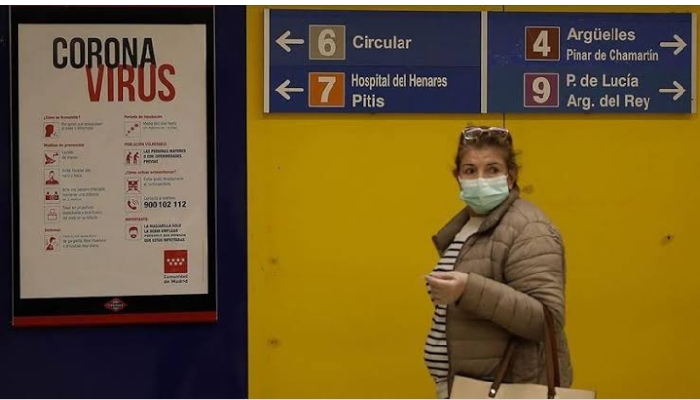 New York, Aug 3: The number of coronavirus cases confirmed all over the world has surpassed 18 million, while the global COVID-19 death toll stands at over 687,000 according to data from the Johns Hopkins University's Coronavirus Resource Center.

The United States remains the country with the largest number of cases (4,665,932) and the highest COVID-19 death toll (154,841), according to the latest data from the Johns Hopkins University.