Gandhi anniversary: An occasion to gain legitimacy for some

Can Hindi be the ‘Uniting Language’ of India?

Gandhi anniversary: An occasion to gain legitimacy for some 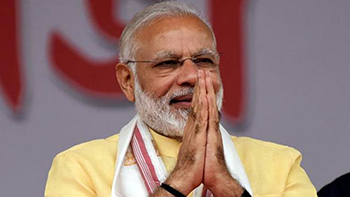 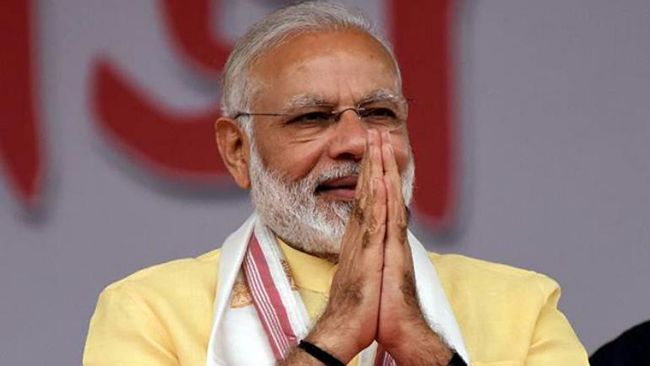 After 2014 victory Modi, Prime Minister of India had promised that he will implement Sabka Sath; Sabka Vikas (Taking everybody along, development for all). To this slogan he has now added Sabka Vishwas (Every body’s Trust) Many prominent writers and activists from Muslim community in particular are trying to reassure themselves that he will keep his promise and not intimidate or oppress, religious minorities, Muslims and Christians. It’s always good to be optimistic and keep the hope alive, but the nagging experience in the recent past of Sabka Vikas raises many questions. The ideology of Hindu nationalism to which Modi belongs also gives rise to the doubts about such a promise. The goal of Hindu rashtra, the agenda of Hindu right pursued by Modi further dampens the chances of hopeful vision of inclusive peaceful India.

During last five years of Modi regime what was witnessed was the increasing sense of insecurity among the minorities. On the top of divisive campaigns like Ram Temple, Ghar Wapasi and love jihad was added the issue of ‘holy cow’-beef eating which took the identity related hysteria to the sky. This brought to the forefront the phenomenon of lynching of Muslims and beatings of dalits. The atrocities heaped on these two communities in particular were frightening. What is called ‘fringe laments’, which are the core part of ‘division of labor’ of Hindu nationalist politics, became more aggressive during this period. Those in power not only turned a blind eye to doings of these aggressive elements but also gave the hints of appreciation of these cruel acts done by saffron robed, ‘Jai Shri Ram’ chanting crowds. These elements were given the signals, that with this government in power, such acts are a new normal. The example of Mahesh Sharma, the Union minster draping the body of lynching accused with tri color and Jayant Sinha another minister honoring the lynching accused, which got bail, were the permanent approval certificates to those who were to indulge in such barbarian acts. These acts intimidated and marginalized the Muslims to no end. While not to this horrible extent, even Christians had their own share of the woes, as their prayer meetings and Carol singing teams were attacked in the name of ‘attempts for conversion’.

With this background of ‘Sabka saath Sabka Vikas’, Mr. Modi has now come to power with increased vote share and more seats for BJP. The cause of this massive mandate are being debated, the failure of opposition to unite, the ultra nationalism created around the Pulwama attack and the role of EVM machines with partisan election commission are disturbing enough. Meanwhile what is being witnessed in the society during last few days of Modi-BJP victory is frightening enough.

Right during this little time space we painfully witnessed

*  In Begusarai Bihar a Muslim youth Mohammad Qasim was shot at Bihar on Sunday (May 26).  Previous morning he was asked his name.

*  An Adivasi professor was arrested over a Face book post (May 25). In the post he had mentioned the right to eat beef.

*  In Raipur Chhattisgarh a group of self-styled gau rakshaks entered a dairy (May 26), and accused people in the shop of cow slaughter and the sale of beef. They vandalized the shop and assaulted them.

*  In Mahuvad, Vadodara,  village (Gujarat), a house of dalit couple was allegedly attacked by a mob of 200-300 upper caste people, His crimes was that the husband had put up a face book post  saying that the government does not permit the village temple to be used for Dalit wedding ceremonies.

*  As per Janata Ka Reporter in Assam a Muslim man, Ashraf Ali, believed to be in his early 90s, ended his life. He was fearful of the possibility of his being declared a foreigner and these by being sent to detention centre.  The victim’s body was found from a school campus, close to his hut in Sontoli in Boko, 70 kms west of Guwahati,

So many incidents in such a short duration of time just indicate as to how the atmosphere is being vitiated due to Modi coming to power again. On one hand the so called fringe is emboldened more than before and this is the signal of their unrestrained behavior. On the other the people do know the portents of the policies which Modi pursued during last five years and may be pursued with intense vigor now. The BJP President called the Muslim refugees as termites. That in a way sums up what Muslims mean to the ruling dispensation.

Interestingly of the 303 MPs elected on the BJP ticket not a single one is from Muslim community. The overall representation of Muslims in Lok Sabha has come down and remains so. Muslim community has weathered many a storms in the past. Its’ reflection came in the Rangnath Mishra and Sachar commission reports. While the Congress and other semi secular parties have been blamed for Muslim appeasement, the socio economic and political conditions of Muslim community have worsened over a period of time. Many committed leaders from Muslim community are feeling totally left out in the democratic processes, which anyway are being undermined more so from last decade or so.

The core reason of violence being witnessed is the frightening rise of Hindu nationalist politics, the Hidnutva. Earlier RSS gave rise to different progenies, what they call collectively as Sangh Parivar. Now with the trappings of power, BJP being in majority in Center, the major expansion of RSS shakhas has taken place, which is further strengthening different offshoots of this organization.

One understands that the security of minorities is the reflection of strength of democracy. On that count also the index of democratic values in our country is something to be worried about!