With the sales of chicken and mutton going down due to the coronavirus scare, it is the humble 'Kathal' (jackfruit) is emerging as an acceptable alternative.

'Kathal' is now selling at ₹120 per kilogram -- an increase of more than 120 per cent over the normal ₹50 per kilogram.

The jackfruit, in fact, is now priced higher than chicken which is selling at ₹80 per kilogram due to poor demand.

"It is better having a 'Kathal' biryani instead of a mutton biryani. It tastes reasonably good. The only problem is that 'Kathal' has been sold out in the vegetable market and is difficult to find," said Purnima Srivastava whose family savours non-vegetarian food on a regular basis.

The corona scare has hit poultry business so hard and the Poultry Farm Association recently organized a Chicken Mela in Gorakhpur to dispel the misconception that birds are carriers of the deadly virus.

"In fact, we gave away plateful of chicken dishes for Rs 30 to encourage people to savour the delicacies. We cooked one thousand kilograms of chicken for the Mela and the entire stock was sold out," said Vineet Singh, head of the Poultry Farm Association.

However, the Mela did not do much to dispel the fears about chicken, mutton or fish consumption amid the virus outbreak.

New Delhi, Sept 13: A group of scientists in India is working on genomic sequences of SARS-CoV-2 around the World, including India, to identify genetic variability and potential molecular targets in virus and human to find the best possible answer to combat the COVID-19 virus.

As per the Union Ministry of Information and Broadcasting, the study is sponsored by Science and Engineering Research Board (SERB), a statutory body under the Department of Science and Technology (DST) and the study has been published in the Journal called Infection, Genetics, and Evolution.

Breaking down the novel coronavirus challenge into many pieces to get to its root and see it from multiple directions, Dr. Indrajit Saha, Assistant Professor in the Department of Computer Science and Engineering of National Institute of Technical Teachers' Training and Research, Kolkata, and his team have developed a web-based COVID- Predictor to predict the sequence of viruses online on the basis of machine learning and analysed 566 Indian SARS-CoV-2 genomes to find the genetic variability in terms of point mutation and Single Nucleotide Polymorphism (SNP).

"They have mainly found that 57 out of 64 SNPs are present in 6 coding regions of Indian SARS-CoV-2 genomes, and all are nonsynonymous in nature. They have extended this research for more than 10 thousand sequences around the globe, including India and found 20260, 18997, and 3514 unique mutation points globally, including India, excluding India and only for India, respectively," the ministry said.

The scientists are on the track to identify the genetic variability in SARS-CoV-2 genomes around the globe including India, find the number of virus strains using Single Nucleotide Polymorphism (SNP), spot the potential target proteins of the virus and human host based on Protein-Protein Interactions. They also carried out integrating the knowledge of genetic variability, recognize candidates of synthetic vaccine based on conserved genomic regions that are highly immunogenic and antigenic, and detect the virus miRNAs that are also involved in regulating human mRNA.

The scientists have also developed a web application for searching the mutation points in SARS-CoV-2 genomes globally and country wise. Besides, they are now working more towards protein-protein interactions, epitopes discovery, and virus miRNA prediction, it said. 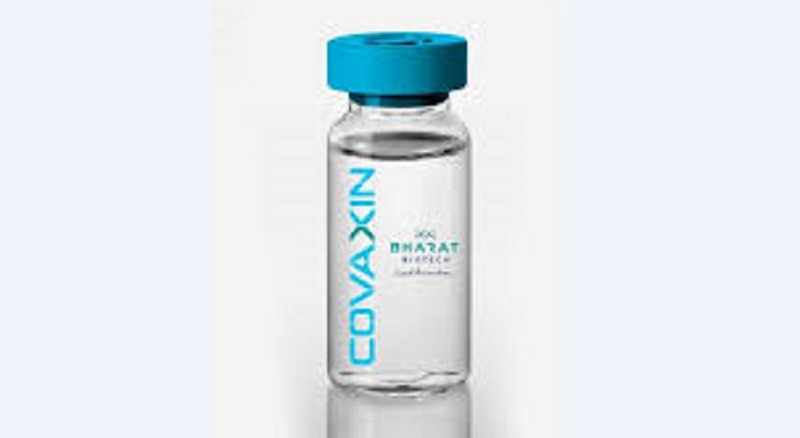 Vaccine maker Bharat Biotech on Friday announced that the animal trials of its Covid-19 vaccine candidate Covaxin were successful. It said the results demonstrated the protective efficacy of the vaccine in a live viral challenge model.

It said the data from the study on primates substantiate the immunogenicity of the vaccine candidate.

According to a detailed statement attached to the tweet, Bharat Biotech developed and assessed the protective efficacy and immunogenicity of an inactivated SARS-CoV-2 vaccine (BBV152) or Covaxin in rhesus macaques (Macaca mulata). Twenty macaques were divided into four groups of five animals each.

"One group was administered a placebo while three groups were immunised with three different vaccine candidates at 0 and 14 days. All the macaques were challenged with SARS-CoV-2 14 days after the second dose. The protective response was observed with increasing SARS-CoV-2 specific IgG and neutralising antibody titres from third week post-immunisation," it said.

"Viral clearance was observed from bronchoalveolar lavage fluid, nasal swab, throat swab, and lung tissues at 7 days post-infection in the vaccinated groups. No evidence of pneumonia was observed by histopathological examination in vaccinated groups, unlike the placebo group which showed features of interstitial pneumonia and localisation of viral antigen in the alveolar epithelium and macrophages by immunohistochemistry."

"To summarize, the vaccine candidate was found to generate robust immune responses. Thus, preventing infection and disease in the primates upon high amounts of exposure to live SARS-CoV-2 virus," it added.

The vaccine is being evaluated in Phase-I clinical trials in India.

The vaccine maker early this month received approval from the Central Drugs Standard Control Organisation to conduct the Phase-II trials.

Bharat Biotech had announced on June 29 that it successfully developed Covaxin in collaboration with the Indian Council of Medical Research (ICMR) and the National Institute of Virology (NIV).

The SARS-CoV-2 strain was isolated in NIV, Pune and transferred to Bharat Biotech. The indigenous, inactivated vaccine candidate has been developed and manufactured in Bharat Biotech's high containment facility located in Genome Valley, Hyderabad.

New Delhi, Sept 12: Drugs Controller General of India (DCGI) has directed Serum Institute of India to suspend till further orders new recruitment in phase 2 and 3 clinical trials of the Oxford COVID-19 vaccine candidate in the backdrop of pharma giant AstraZeneca pausing the trials in other countries.

In an order, a copy of which has been accessed by PTI, DCGI Dr V G Somani on Friday also directed Serum Institute of India (SII) to increase the safety monitoring of the subjects already vaccinated as part of the trial, and submit the plan and report.

Somani also asked the firm to submit clearance from Data and Safety Monitoring Board (DSMB) in the UK as well as in India to obtain clearance from his office (DCGI) prior to resumption of future recruitment in the trial.

The central drug regulator DCGI had issued a show-cause notice to SII on September 9 for not informing it about AstraZeneca pausing clinical trials of the vaccine candidate in other countries and also for not submitting casualty analysis of the "reported serious adverse events".

Following which the Pune-based firm, which has partnered with the British-Swedish biopharmaceutical giant AstraZeneca for manufacturing the Oxford vaccine candidate, on Thursday said it is pausing the clinical trials in India.

Earlier this week, AstraZeneca said it had paused the trials because of 'an unexplained illness' in a participant in the study.

"We are reviewing the situation and pausing India trials till AstraZeneca restarts the trials," SII said in a statement on Thursday.

According to the DCGI's order issued on Friday, the SII in its reply stated that DSMB has noted no safety concerns from the Indian study (part 1-phase-2 study) with the first dose and seven days post vaccination safety data.

In its reply, SII also stated that DSMB further recommended "to pause further enrolment into the study until ongoing investigations of SAE reported in the UK study is completed and the sponsor and the UK DSMB are satisfied that it doesn't pose any safety concerns".

"In the view of the above, I Dr V G Somani, Drugs Controller General of India, Central Licensing Authority, after careful examination of your reply and the recommendations of the DSMB in India, in exercise of the powers vested under Rule 30 of the New Drugs and Clinical Trials Rules, 2019, direct to you suspend any new recruitment in the phase 2 and 3 clinical trial till further orders," the order read.

"Increase the safety monitoring of the subjects already vaccinated with the vaccine under trial and submit the plan and report," the order further stated.

On August 2, the DCGI had granted permission to the Pune-based SII to conduct Phase 2 and 3 human clinical trials of the coronavirus vaccine candidate.

AstraZeneca, the biopharmaceutical giant in a tie-up with the Oxford University to produce the vaccine, described the pause of trials as a "routine" one following what was "an unexplained illness".