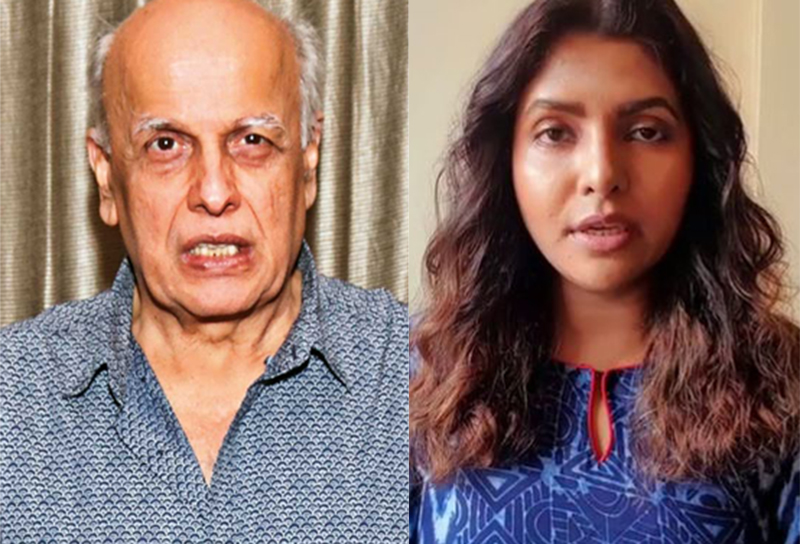 Mumbai, Oct 24: The legal counsel of Vishesh Films, on behalf of filmmaker Mahesh Bhatt, has issued a statement in response to an Instagram video uploaded by actress Luviena Lodh, alleging that Bhatt has been harassing her and her family.

“With reference to video released by one Lavina Lodhi. We, on behalf of our client Mahesh Bhatt, refute the allegations. Such allegations are not only false and defamatory but have serious consequences in law. Our client will take such action in accordance with law as advised,” said the statement.

On Friday, Lodh posted a one minute, 48-second video on her verified Instagram page claiming that Bhatt has been harassing her. She also claimed that she had been married to Bhatt’s nephew Sumit Sabharwal, adding that she had filed for a divorce after getting to know that he supplies drugs to actors like Amyra Dastur and Sapna Pabbi. She also alleged that he was into supplying women and that Bhatt was aware of the fact.

Speaking in Hindi, Lodh says in her video: “Namaste. My name is Luviena Lodh, and I’m filming this video for the safety of my family and myself. My marriage took place with Mahesh Bhatt’s nephew Sumit Sabharwal and I have filed for a divorce on getting to know that he supplies drugs to actors like Amyra Dastur and Sapna Pabbi etc. His phone contains images of numerous girls that he shows to directors, and so he also supplies women.

“Mahesh Bhatt is aware of these things. Mahesh Bhatt is the biggest don of the industry. He operates this entire system and if you don’t play by their rules they make life miserable for you. Mahesh Bhatt has destroyed many lives — he has ensured many actors, directors and composers lose their jobs. He makes a call and people lose their jobs, and they don’t even get to know about it. He has destroyed many lives in this manner, and since the time I filed a case against him he is after my life. He has tried to enter my home in different ways and has also tries his best to get me thrown out of my house.

“When I try to file an NC [non-cognisable complaint] at a police station, no one is willing to lodge the complaint. If at all an NC is filed, no action is taken. If something should happen to me and my family, the only people who are responsible are Mahesh Bhatt, Mukesh Bhatt, Sumit Sabharwal, Sahil Saigal, and Kumkum Saigal. People should at least get to know of how many lives they have destroyed behind closed doors and the things they can do, because Mahesh Bhatt is extremely powerful and influential. Thank you.”

Lodh had a role in the 2010 release ‘Kajraare’ starring Himesh Reshammiya and Sara Loren. The film was written by Bhatt and directed by his daughter Pooja Bhatt. 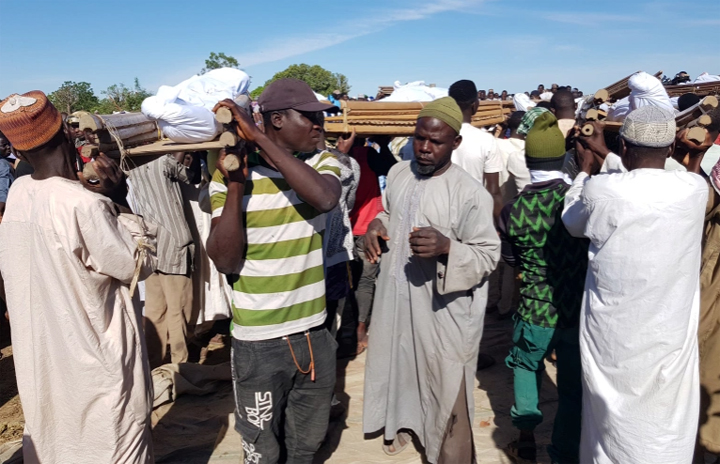 A “gruesome” massacre against farmers in northeastern Nigeria killed at least 110 people, the United Nations has said, raising tolls initially indicating 43 and then at least 70 dead.

The killings took place in the early afternoon of Saturday in the village of Koshobe and other rural communities in the Jere local government area near Maiduguri, the capital of the conflict-hit Borno state.

“Armed men on motorcycles led a brutal attack on civilian men and women who were harvesting their fields,” Edward Kallon, the UN’s humanitarian coordinator in Nigeria, said in a statement on Sunday.

“At least 110 civilians were ruthlessly killed and many others were wounded in this attack,” he added, noting that several women are believed to have been kidnapped.

“The incident is the most violent direct attack against innocent civilians this year. I call for the perpetrators of this heinous and senseless act to be brought to justice,” Kallon said.

There has been no claim of responsibility for the attack, but the armed group Boko Haram and its splinter faction, the Islamic State in West Africa Province (ISWAP), have carried out a series of deadly assaults in the area in recent years.

Both groups are active in the region, where fighters have killed more than 30,000 people in the past decade during an armed campaign that has displaced some two million and has spread to neighbouring countries including Niger, Chad and Cameroon.

“I condemn the killing of our hard-working farmers by terrorists in Borno state. The entire country is hurt by these senseless killings,” the president said via his spokesman.

But security analyst Sulaiman Aledeh said many in the country are growing frustrated with the authorities’ inability to contain the conflict.

“If you’ve seen [what happened to] Niger, President Mahamadou Issoufou had to sack his security chiefs when 89 soldiers were killed. So Nigerians are asking why are you keeping these people,” he told Al Jazeera from Lagos.

“The problem here has to do with the government of the day seems to be rewarding loyalty over professionalism. They [Nigerians] think by now the government should’ve tried a few good other men to get them out of this mess.”

Earlier on Sunday, Borno Governor Babaganan Umara Zulum told journalists that at least 70 farmers were killed. He was speaking in Zabarmari village after attending the burial of 43 people whose bodies were recovered on Saturday.

“In one side, they stay at home they may be killed by hunger and starvation; on the other, they go out to their farmlands and risk getting killed by the insurgents,” he said.

Bulama Bukarti, an analyst at the Tony Blair Institute for Global Change, said the failure to control Boko Haram has devastated lives and the economy.

“The security forces are obviously losing this war,” he told Al Jazeera, describing 2019 as “the deadliest year” for Nigerian security forces since Boko Haram’s armed campaign started in 2009.

“About 800 security forces were killed, mostly in the first half of last year, and the Nigerian military responded by changing its strategy introducing what they called the ‘super camp strategy’ by which they withdrew soldiers from remote communities and rural areas and consolidated them in what they call ‘super camps’ in order to reduce military fatalities,” Bukarti said.

“The strategy succeeded in reducing military fatalities but the side-effect of that is that the Nigerian military has effectively surrendered control of rural Nigeria to Boko Haram fighters.

“You have Boko Haram ruling northeastern Nigeria and criminal gangs ruling the rural communities of northwestern Nigeria; this has a devastating effect on Nigeria’s economy and the future of the country entirely.”

Speaking to Al Jazeera from Maiduguri, Vincent Lelei, the UN’s deputy humanitarian coordinator for Nigeria, said people in the region “live in extreme fear” amid the prolonged crisis “which has led to so much suffering, so much displacement and destruction of livelihoods”.

“Borno state is a state with very good soil, there is a lot of water on the ground, and a lot of crops grow very quickly,” he said. “Given the opportunity, the livelihoods of the people could recover so quickly – but this insecurity, this problem of violence against unarmed civilians is reducing those opportunities.” 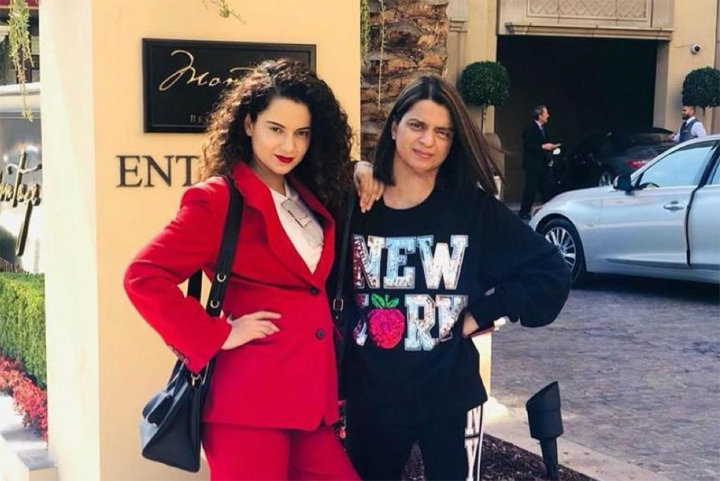 Mumbai, Nov 24: The Bombay High Court on Tuesday granted interim protection from arrest to actor Kangana Ranaut and her sister Rangoli Chandel in connection with an FIR registered against them under sedition and other charges, but directed them to appear before Mumbai Police on January 8.

The FIR was registered pursuant to orders passed by the Bandra magistrate's court here directing the police to carry out an inquiry against Ranaut and her sister following a complaint lodged against them for allegedly "trying to create hatred and communal tension" through their social media posts.

A division bench of Justices S S Shinde and M S Karnik was hearing a petition filed by Ranaut and her sister, seeking to quash the FIR and the October 17 order passed by the magistrate.

The court said three summonses were issued by the police and the same need to be honoured.

Ranaut and Chandel's advocate Rizwan Siddiquee then assured the court that the sisters shall appear before the Bandra police in Mumbai on January 8 from 12 pm to 2 pm for recording of their statements.

The high court accepted the statement.

"We are of the prima facie opinion that interim protection till the matter is heard at length deserves to be granted. The police shall not take any coercive action including arrest against the applicants (Ranaut and Chandel)," the court said.

The court also asked why sedition charges were invoked in the case.

"Why is the sedition section invoked? Why are we treating citizens of our country like this?" Justice Shinde said.

The HC said it would consider this issue at length on the next date.

The court posted the plea for further hearing on January 11.

The police have filed the FIR against Ranaut and her sister under IPC sections 153-A (promoting enmity between different groups on grounds of religion, race), 295-A (deliberate acts hurting religious sentiments) and 124-A (sedition), 34 (common intention). 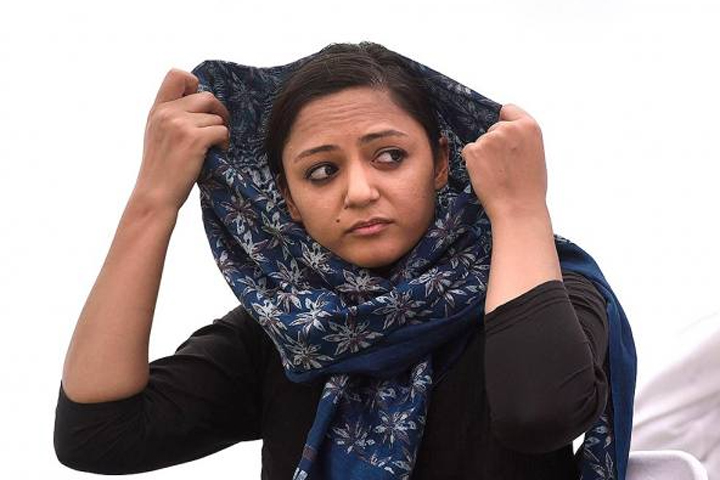 Releasing a three-page letter addressed to J&K Director General Police (DGP) at a press conference in Jammu, Shora claimed that he is facing a threat to his life from Shehla, her sister, her mother and her armed security guard. Shora sought a probe into his daughter’s finances, accusing her of receiving Rs 3 crore from two people under investigation for terror funding.

Shora claimed that his daughter had been first offered the amount through him to join a party that was to be floated by former IAS officer Shah Faesal. While he refused, his daughter allegedly accepted the “deal”.

“Shehla threatened me not to disclose this deal to anybody or my meeting with Zahoor Watali and Engineer Rashid, otherwise my life would be in danger,” Shora claimed.

He alleged that the money was given by businessman Zahoor Ahmad Shah Wattali, who is currently lodged in Tihar jail in a terror funding case. Shora also sought an enquiry into their bank accounts, email IDs, acquisitions of property by them in Delhi.

The DGP has reportedly forwarded the letter to the IGP Kashmir for “appropriate action.”

However, responding to her father's allegations, Shehla termed his statement “absolutely disgusting and baseless.” “Many of you must have come across a video of my biological father making wild allegations against me and my mum and sis. To keep it short and straight, he's a wife-beater and an abusive, depraved man. We finally decided to act against him, and this stunt is a reaction to that,” she tweeted.

In another tweet, she said: “My mother has tolerated abuse, violence and mental torture all her life. She has kept quiet for the sake of respect for the family now that we have started speaking up against his physical and mental abuse, he has started abusing us too.”