Washington, October 17: Hollywood superstar Arnold Schwarzenegger met with an accident on Tuesday, Oct 16 and died on the spot, said a report. However, there were no confirmation as many people claimed that it was a hoax report. News goes viral in social media sites. 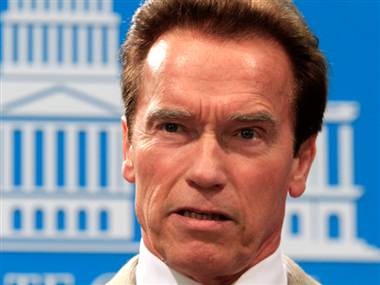 If the sources are to be believed then the Terminator actor lost control of his snowboard and struck a tree at high speed. The report also said, "Arnold Schwarzenegger was air lifted by ski patrol teams to a local hospital, however, it is believed that the actor died instantly from the impact of the crash. The actor was wearing a helmet at the time of the accident and drugs and alcohol do not appear to have played any part in his death."

The actor reportedly had gone to enjoy vacation with his family members and friends at Zermatt ski resort in Zermatt, Switzerland. The news about Arnold's death has gone viral on Micro-blogging site Twitter.