Mumbai, Nov 16: Maharashtra Public Health Minister Rajesh Tope has said there was hesitancy about taking anti-coronavirus vaccines in Muslim-dominated areas, and the government will take the help of Bollywood superstar Salman Khan to convince people to take the jab.

Maharashtra is leading in terms of the number of vaccine shots administered, but in some areas the pace of vaccination is low, Tope said, speaking to reporters here on Monday.

"There is still some hesitancy in Muslim-dominated areas. We have decided to use Salman Khan and religious leaders to convince the Muslim community to take the vaccine," he said.  “Religious leaders and film actors wield great influence and people listen to them," he added.

Over 10.25 crore vaccine doses have been administered in the state so far, and by the end of November all eligible persons will have received at least the first dose, the minister said.

About the possibility of a third wave of the viral infection, Tope said as per the experts, the pandemic has a seven-month cycle, but due to large-scale vaccination, the next wave would not be severe. People should follow the Covid safety protocol and get vaccinated, he added. 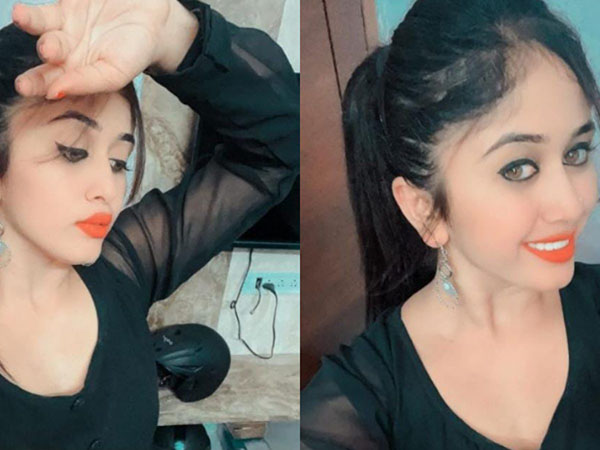 Bengaluru, May 17: A 21-year-old Kannada actress died yesterday after a fat removal surgery at a private hospital in Bengaluru. Chethana Raj developed complications after the surgery, her family alleges. A case has been filed against doctors at Dr Shetty's Cosmetic Clinic in Rajajinagar on a police complaint by her parents.

Chetana Raj acted in serials like Geetha, Doresani and Olavina Nildana, which were aired on Colors Kannada television channel. She also played small roles in some Kannada films.

Chetana went to Dr Shetty's Hospital near Navarang Theatre in northern Bengaluru's Rajajinagar at around 8.30 am on May 16 for a surgery to cut excess fat, her father Varadaraju said. "She went with some friends. We didn't know about the surgery. She wasn't discharged even until 5 pm. At around 9 pm, I learnt about her death," he said.

According to Varadaju, Chetana was taken to another hospital where she was declared brought dead. "She faced breathing problems. Doctors said her lungs were filled with water, causing the death," he said and blamed medical negligence for the tragedy.

Varadaraju stressed that no consent was taken from the family before the surgery and said he would file a police complaint against the doctors.

Kaade Hospital, located in Manjunathanagar, where the actress was declared brought dead, issued a news statement, claiming that she had died before being brought in there.

According to the hospital, Chetana was taken there around 5.30 pm on May 16 by an anaesthetist named Melvin.

"Melvin barged into our hospital with a patient (who was found unresponsive later) disregarding all the protocols of the hospital and threatening our security. Before our doctors could intervene and check the patient, he pushed the patient into our ICU and demanded that our doctors treat the patient on the lines indicated by him as the patient had suffered a cardiac arrest during some procedure at their hospital M/s Dr Shetty's Cosmetic Centre," said Dr Sandeep V, ICU Intensivist.

According to Dr Sandeep, no patient file or doctor's recommendatory note or any other document depicting her condition was submitted to them. The patient did not have a pulse. Still, on the insistence of Dr Melvin and the team, CPR was undertaken for about 45 minutes but the patient could not be revived as it appeared that she was brought dead, he added.

Dr Sandeep claimed that their doctors were "forced" by Dr Melvin and his team to declare the patient dead only at 6.45 pm "for reasons best known to them."

"We strongly object to this kind of behaviour by these doctors and we may decide to file a report against them," Dr Sandeep said.

Mumbai, May 9: A fire broke out on the 14th floor of a high-rise building located in the Bandra area of Mumbai near Shah Rukh Khan's house, Mannat on Monday. As many as eight fire tenders have reached the spot and are dousing the flames.

No causalities have been reported as of now. The fire broke out at a high-rise building named Jivesh Building, near Mannat Bunglow in Bandra.

The level-2 fire was reported at the 14th floor of a 21-storeyed building in Mumbai.