London, Jun 17: Facebook is set Tuesday to unveil a bid to bring cryptocurrency payments into the mainstream, reportedly with the endorsement of governments and financial giants.

The world's biggest social network is expected to outline details of a virtual currency launching next year that it hopes will avoid the rollercoaster volatility of "blockchain" technologies such as bitcoin.

Facebook is setting up a consortium called "Libra" which, according to the Wall Street Journal, has been joined by more than a dozen companies including Visa, Mastercard, PayPal and Uber.

The companies along with venture capitalists and telecommunications firms will reportedly invest around USD 10 million each into the consortium.

Facebook has been trying to ward off hostile regulatory scrutiny after a series of privacy abuses and the spread of fake news.

Facebook has already sought blessings from the US Treasury and the Bank of England, the BBC reported last month.

Regulators have been reticent about cryptocurrencies, not only due to potential abuse by criminals but the wild swings in their value harming consumers.

With more than two billion users across its platforms, which include WhatsApp and Instagram, Facebook could have the clout to bring cryptocurrency out of the fringes and emulate the likes of WeChat in China, where the US site is banned.

WeChat allows its users to chat, shop and play games without leaving its platform, generating more revenue by offering a one-stop portal.

But it will need to overcome questions of trust and privacy, not least over how financial data will be stored. Some analysts are betting that the heavyweight Libra consortium will help to do that.

Facebook's crypto initiative could facilitate shopping, applications and gaming, and would leverage its broad user base in Asia, RBC analyst Mark Mahaney said in a research note last week.

It "may prove to be one of the most important initiatives in the history of the company to unlock new engagement and revenue streams", he wrote. 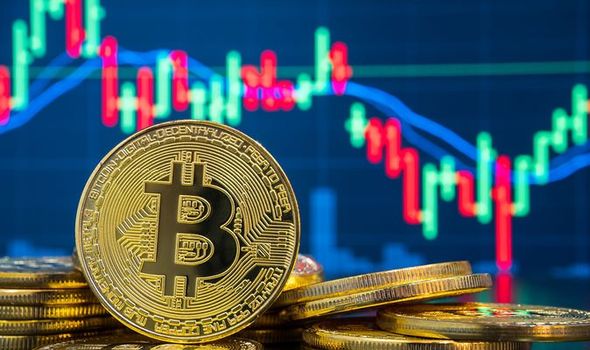 Well-known cryptocurrency Bitcoin has witnessed sharp fluctuations over a couple of days and on Monday, it fell sharply, losing ground from a record high of $34,800 to almost $30,000, with traders citing volatility in the highly leveraged futures markets. Earlier, the world's most well-known cryptocurrency smashed through $34,000 for the first time ever in its entire history of 12 years on Sunday.

The latest gains come two days after Bitcoin closed out a year in which the cryptocurrency rose more than 300%, with an almost 50% gain in December alone. Despite ups and downs, this year is already shaping up to be the Year of Bitcoin (BTC).

Last year already witnessed a ground-breaking evolution in BTC adaptation. According to JPMorgan Chase & Co., Bitcoin has the potential to reach $146,000 in the long term.

"Global GDP is about $80 to $82 trillion and if 2.5 % of world GDP is involved in currency hedging, for sake of argument, then Bitcoin could easily take a share of that space because it is proving itself to be a store of value that investors can hold over a one to two year period," reports Forbes.

Bitcoin has seen an unprecedented rise this year, with its value witnessing a 240% jump in 2020.

According to Vladimir Signorelli, founder of Bretton Woods Research in Long Valley, New Jersey, these valuations are being driven by the pandemic.

"But every major central bank in the world is signalling they're going to print as much money as necessary so as a finite store of value, Bitcoin can rise against every major currency because there is a finite amount of Bitcoin in the world," the report quoted Signorelli as saying.

Buyers are aggressively accumulating more and more Bitcoin. This is the driving factor that has propelled the price growth of BTC towards this new all-time high value.

The market capitalisation of Bitcoin has also skyrocketed above the $600 billion mark.

A major jump in Bitcoin price -- from $5,000 to $25,000 -- was seen after PayPal - the online payment major - announced in March that it will enable its account holders to use Bitcoin.

A debate on whether Bitcoin should be seen as a form of money, an asset, or a commodity has been raging since the cryptocurrency was launched in 2009.

After the unit crossed $1,000 for the first time in 2013, it has been increasingly attracting the attention of financial institutions.

Jallikattu kick-starts with COVID-19 safety norms in TN, Rahul to watch the event 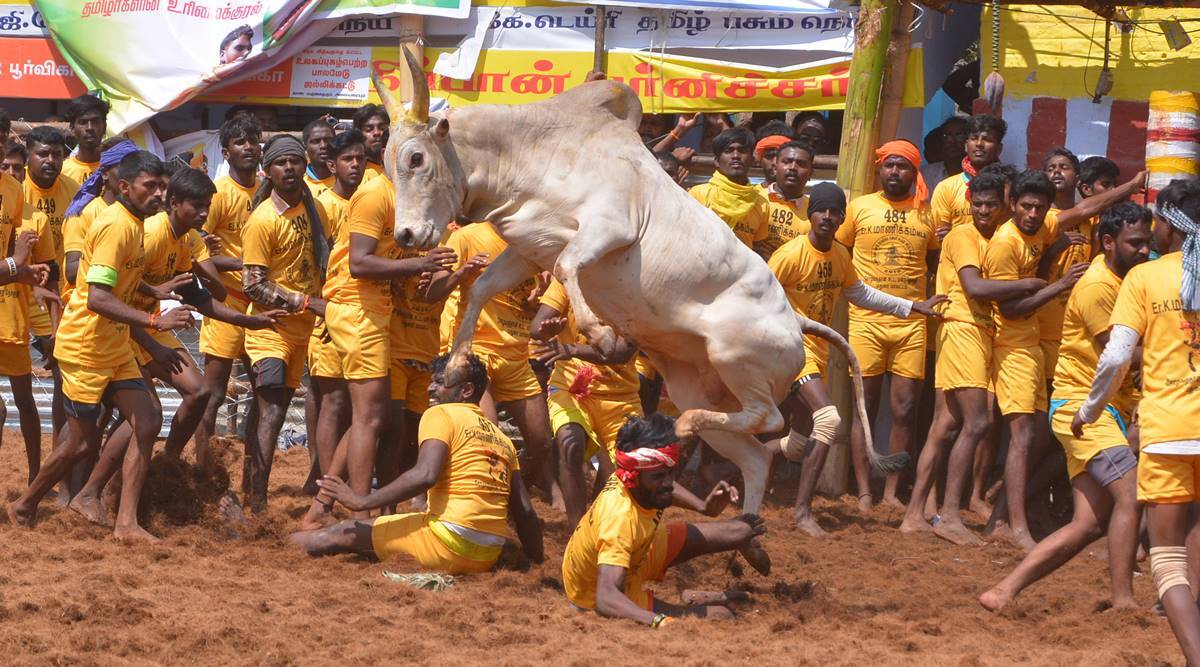 Madurai, Jan 14: The renowned bull taming event “Jallikattu” began in Tamil Nadu with traditional fervour and enthusiasm at Avaniyapuram in this district on Thursday.

Minister for Cooperation Sellur K Raju and District Collector T Anbalagan flagged off the event at 0800 hours that will go on till 1600 hours.

It is the first officially permitted Jallikattu event organized as part of the ongoing Pongal festivities in the state.

Official sources said, around 430 tamers and 830 registered bulls were participating in the day-long event.

Former AICC President Rahul Gandhi will watch the Avaniyapuram Jallikattu today -- in what is scheduled to be his first visit to the state ahead of this year’s assembly election as part of the party’s “Rahulin Tamizh Vanakkam” initiative.

Mr Gandhi, who will arrive by a special flight at Madurai from New Delhi this afternoon, will drive straight to the venue.

After witnessing the event for a couple of hours, he will return to the National Capital.

The Congress leader will be accompanied by TNCC president K.S.Alagiri, Congress Legislative Party Leader K.R.Ramasamy and DMK’s youth wing secretary Udhayanidhi Stalin and others. Around 2,000 policemen were deployed at the Jallikattu venue under the direct supervision of Commissioner of Police Prem Anand Sinha.

The Jallikattu event is being conducted by ensuring compliance with the COVID-19 safety norms.

Arrangements have been made in the spectators’ gallery to ensure personal distancing. The spectators were allowed after undergoing thermal screening and wearing face masks.

The Palamedu Jallikattu will be held on Friday.

Over 22 billion records exposed in data breaches in 2020: Report

Thirty five percent of breaches were linked to ransomware attacks, resulting in tremendous financial cost, while 14 per cent of breaches were the result of email compromises, according to an analysis of breach data by cyber exposure company Tenable's Security Response Team (SRT) from January through October last year.

"Every day, cybersecurity professionals in India and the rest of the world are faced with new challenges and vulnerabilities that can put their organisations at risk," said Satnam Narang, Staff Research Engineer at Tenable.

"The 18,358 vulnerabilities disclosed in 2020 alone reflects a new normal and a clear sign that the job of a cyber defender is only getting more difficult as they navigate the ever-expanding attack surface," Narang added.

From 2015 to 2020, the number of reported common vulnerabilities and exposures (CVEs) increased at an average annual percentage growth rate of 36.6 per cent.

"Pre-existing vulnerabilities in virtual private network (VPN) solutions — many of which were initially disclosed in 2019 or earlier -- continue to remain a favorite target for cybercriminals and nation-state groups," the report mentioned.

"In 2021, it's essential that we have the tools, awareness and intelligence to effectively reduce risk and eliminate blind spots. It's only through looking at where we've come from that we can effectively plan for what lies ahead," Narang noted.