Washington, Oct 28: Drugmakers Sanofi and GlaxoSmithKline have agreed to provide 200 million doses of their potential COVID-19 vaccine to the COVAX Facility, a collaboration designed to give countries around the world equal access to coronavirus vaccines.

The Sanofi-GSK vaccine candidate is in early stage trials, with results expected in early December. The drugmakers said Wednesday that they plan to begin phase three trial by the end of the year and request regulatory approval of the vaccine in the first half of 2021.

The facility is part of COVAX, a coalition of governments, health organisations, businesses and charities working to accelerate the development of COVID-19 vaccines.

Thomas Triomphe, head of Sanofi's vaccine unit, said: To address a global health crisis of this magnitude, it takes unique partnerships. The commitment we are announcing today for the COVAX Facility can help us together stand a better chance of bringing the pandemic under control.

Almost 44 million people have been confirmed to be infected with the virus worldwide and 1.16 million of them have died, according to a tally by Johns Hopkins University.

Experts say the true toll of the pandemic is much greater than that, due to limited testing, missed mild cases and concealment of cases by some governments.

One child or youth under 20 infected with HIV every 100 seconds: UNICEF

Geneva, Nov 25: Approximately once every minute and 40 seconds, a child or young person under the age of 20 was infected with HIV last year, the UN Children's Fund (UNICEF) said on Wednesday.

Prevention efforts and treatment for children remain some of the lowest amongst key affected populations, and in 2019, a little less than half of children worldwide did not have access to life-saving treatment, UNICEF said in a new report.

"Children are still getting infected at alarming rates, and they are still dying from AIDS. This was even before Covid-19 interrupted vital HIV treatment and prevention services putting countless more lives at risk," said UNICEF Executive Director Henrietta Fore.

According to UNICEF, the Covid-19 pandemic has worsened inequalities in access to life-saving HIV services for children, adolescents and pregnant mothers everywhere, and there are serious concerns that one-third of high HIV burden countries could face coronavirus-related disruptions.

"Even as the world struggles in the midst of an ongoing global pandemic, hundreds of thousands of children continue to suffer the ravages of the HIV epidemic," said Fore.

Data from the Joint UN Programme on HIV/AIDS (UNAIDS), cited in the report, showed the impact of control measures, supply chain disruptions, lack of personal protective equipment, and the redeployment of healthcare workers on HIV services.

Pediatric HIV treatment and viral load testing in children in some countries fell by 50 to 70 per cent, and new treatment initiation by 25 to 50 percent in April and May, coinciding with partial and full lockdowns to control the novel coronavirus.

Health facility deliveries and maternal treatment were also reported to have reduced by 20 to 60 per cent, maternal HIV testing and antiretroviral therapy (ART) initiation by 25 to 50 per cent, and infant testing services by approximately 10 percent.

Though the easing of control measures and the strategic targeting of children and pregnant mothers have successfully led to a rebound of services in recent months, challenges remain, and the world is still far from achieving the global 2020 pediatric HIV targets, said UNICEF.

Despite some progress in the decades-long fight against HIV and AIDS, deep regional disparities persist among all populations, especially for children.

While the Middle East and North Africa region recorded 81 percent pediatric ART coverage, only 46 per cent and 32 per cent were covered in Latin America and the Caribbean, West and Central Africa, respectively.

The South Asia region recorded 76 per cent coverage, Eastern and Southern Africa 58 per cent, and East Asia and the Pacific 50 per cent.

In view of the winter season and COVID-19, health experts on Wednesday said that many people are taking pneumonia and influenza vaccines as a precaution to save themselves from respiratory infections.

Experts have warned that it is highly possible that people may contract both influenza and the COVID-19 infection in winter, leading to devastating consequences.

Dr Avi Kumar, Consultant - Pulmonology, Fortis Escorts Heart Institute in New Delhi said, "What we are generally following is that in post COVID patients we are giving flu vaccine as well as the pneumonia vaccine."

"Because right now we are at the start of winter and this is generally the beginning of flu season as well as coronavirus. Both are RnA viruses so the vaccine which is available against influenza is known to be very helpful in reducing hospitalization," Kumar explained.

International researchers have recently found that receiving the influenza vaccine does not increase a person's risk of contracting COVID-19 or worsen associated morbidity or mortality.

Published in the Journal of Clinical and Translational Science, the study shows the flu vaccine is the single most important intervention to help in staying healthy this fall and winter.

"More studies need to be done to confirm the same, only a few studies cannot confirm it," Kumar said.

"Hence, we prefer tetravalent inactivated flu vaccine which has been given to every patient in post Covid status.

"In addition we have been giving them vaccines for pneumonia, conjugate vaccine is been given to the age group of above 65 years, this vaccine is given only once in a lifetime. We are also giving a polyvalent vaccine which is to be repeated once in every five years," Kumar said.

According to Dr Akshay Budhraja, Consultant Department of Pulmonology, Aakash Healthcare Super Speciality Hospital, in the absence of a vaccine specific to the Covid-19 virus right now, they are checking the vaccination history of the patient.

"We give one shot of flu vaccine every year and pneumococcal vaccine is given once in five years. As of now, we have not faced any shortage," Budhraja told IANS.

Now ‘real hope’ to end COVID-19 with vaccines: WHO chief 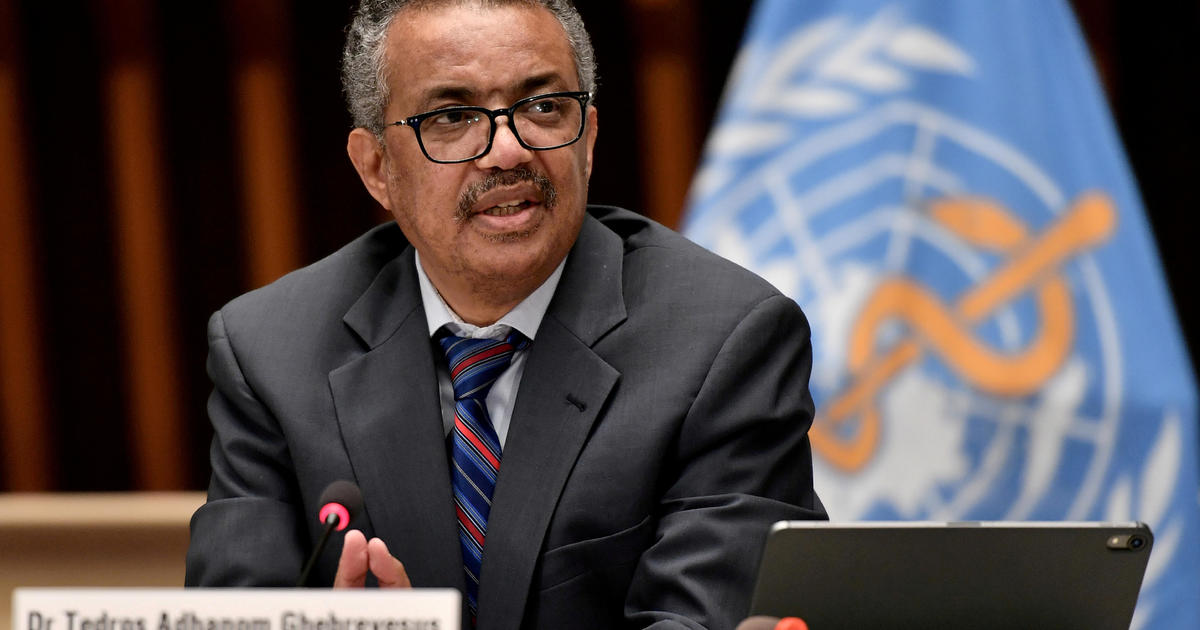 Geneva, Nov 24: "There is now real hope that vaccines, in combination with other tried and tested public health measures, will help to end the pandemic," said the World Health Organisation (WHO) Director-General Tedros Adhanom Ghebreyesus.

The WHO chief's remarks came after drugmaker AstraZeneca said on Monday that its COVID-19 vaccine, developed with Oxford University, was up to 90 percent effective, making it the third major drug company after Pfizer and Moderna to have reported late-stage data for a potential COVID-19 vaccine, Xinhua news agency reported on Tuesday.

"The significance of this scientific achievement cannot be overstated. No vaccines in history have been developed as rapidly as these. The scientific community has set a new standard for vaccine development," Tedros added.

He pointed out now the international community must set a new standard for access, as "the urgency with which vaccines have been developed must be matched by the same urgency to distribute them fairly."

Worried that the poorest and most vulnerable countries will be trampled in the stampede for vaccines, WHO established the Access to COVID-19 Tools Accelerator to support global efforts in developing vaccines, diagnostics and therapeutics, and has joined so far 187 countries in the COVAX facility to collaborate on the procurement and rollout of vaccines, ensuring affordable prices, volumes and timing for all countries.

According to the WHO chief, some US $4.3 billion is needed immediately to support the mass procurement and delivery of vaccines, tests and treatments, while additional US $23.8 billion will be needed next year.

"The International Monetary Fund estimates that if medical solutions can be made available faster and more widely, it could lead to a cumulative increase in global income of almost US $9 trillion by the end of 2025," he said.