New Delhi, Jul 2: In the midst of India's tense border standoff with China, the defence ministry on Thursday approved procurement of a number of frontline fighter jets, missile systems and other platforms at a cost of Rs 38,900 crore to bolster the combat capability of the armed forces, officials said.

They said 21 MiG-29 fighter jets are being bought from Russia while 12 Su-30 MKI aircraft will be procured from Russia. The ministry has also approved a separate proposal to upgrade existing 59 MiG-29 aircraft.

The decisions were taken at a meeting of the Defence Acquisition Council (DAC) chaired by Defence Minister Rajnath Singh.

The procurement of 21 MiG-29 and upgrading of the existing fleet of MiG-29 are estimated to cost the government Rs 7,418 crore while purchase of 12 new Su-30 MKI from the Hindustan Aeronautics Ltd will be made at a cost of Rs 10,730 crore, the officials said.

The DAC also approved procurement of long-range land-attack cruise missile systems with a range of 1,000 KM and Astra Missiles for Navy and Air Force.

The officials said cost of these design and development proposals is in the range of Rs 20,400 crore.

"While acquisition of Pinaka missile systems will enable raising additional regiments over and above the ones already inducted, addition of long-range land attack missile systems having a firing range of 1000 KM to the existing arsenal will bolster the attack capabilities of the Navy and the Air Force," said a defence ministry official.

"Similarly induction of Astra Missiles having beyond visual range capability will serve as a force multiplier and immensely add to the strike capability of the Indian Navy and the Indian Air Force," he said. 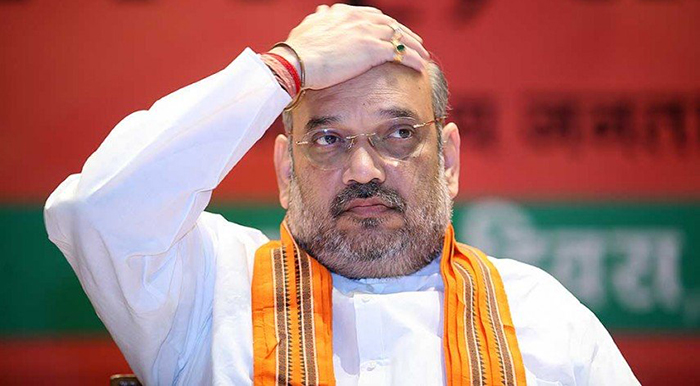 Shah took to social media today to inform about his infection. “I have tested positive but my health is fine," he said, adding that he has been hospitalised on the assistance of doctors.

The Union Home Minister also appealed to those who came into close contact with him in the last few days to get themselves tested for COVID-19.

Noida, Jul 16: A key aide of 1993 Mumbai blasts case convict Abu Salem who worked in his illegal property business in NCT of Delhi has been arrested by the Special Task Force (STF) of the Uttar Pradesh police, officials said on Thursday.

Gajendra Singh, who was also close to gangster Khan Mubarak, was nabbed in Mumbai late Wednesday night by the Noida unit of the STF, they said.

"Gajendra Singh had taken Rs 1.80 crore from a Delhi-based businessman in 2014 in a property-related case. When he was pressured to return the money, Singh had Khan Mubarak's shooters open fire at the businessman in sector 18 of Noida," Additional Superintendent of Police, STF, Raj Kumar Mishra said.

The businessman was in his car when the attack took place, and he narrowly escaped, the officials said.

Mishra said Singh had paid the shooters Rs 10 lakh, and the agency has cracked the money trail of the transaction.

Singh was wanted in a couple of cases registered at a police station in Noida where he has been lodged now for further proceedings, the STF said.

Warangal, Jul 22: Amid the COVID-19 pandemic, an outlet in Telangana's Warangal has started selling 'anti-corona' tea. The tea has become an instant hit with the locals as the beverage is laced with natural immunity-boosting ingredients.

"We sell tea named 'anti-corona'. It has natural immunity-boosting ingredients such as ginger, black pepper, cinnamon powder, among other things. A mixture of these ingredients boosts our immunity," Shiva, the owner of the tea shop said.

"Better immunity is needed to fight the coronavirus infection in the body. So we have started preparing this tea and selling it during the coronavirus pandemic," he added.

Prabhakar, a customer at the tea stall said, the tea was a "corona special tea," and it has Ayurvedic mixtures which help to boost the immunity of the human body.

"The tea is prepared after adding the Ayurveda mixtures to milk. This is good for your health. I, along with my family members and friends, come here every day. We drink this tea thrice a day," Prabhakar added.

According to the Union Health Ministry, there are 46,274 COVID-19 cases in Telangana. Meanwhile, India's coronavirus count stood at 11,92,915 on Wednesday morning.