New Delhi, Jan 12: Days before the commencement of the nationwide Covid-19 vaccination drive, the Union Health Ministry said on Tuesday that 1.1 crore Covishield and 55 lakh Covaxin vaccines have been procured at a cost of Rs 200 and Rs 206 per dose, respectively.

Vaccines have already reached some states. Till 4 p.m., about 54,72,000 doses were received by the states and Union Territories. By January 14, 100 per cent doses will be received.

The much-awaited Covid-19 vaccination drive will kick-off on January 16. The Central government plans to vaccinate nearly 30 crore people in the first phase of the drive. Priority will be given to the healthcare and frontline workers who are estimated to be around three crore, followed by those above 50 years of age and the under-50 population with comorbidities numbering around 27 crore.

On January 3, two vaccines -- Bharat Biotech's Covaxin and Oxford-AstraZeneca's Covishield manufactured by the Serum Institute of India -- were approved for 'restricted emergency use'. Few more vaccines are in the pipeline and are conducting trials. 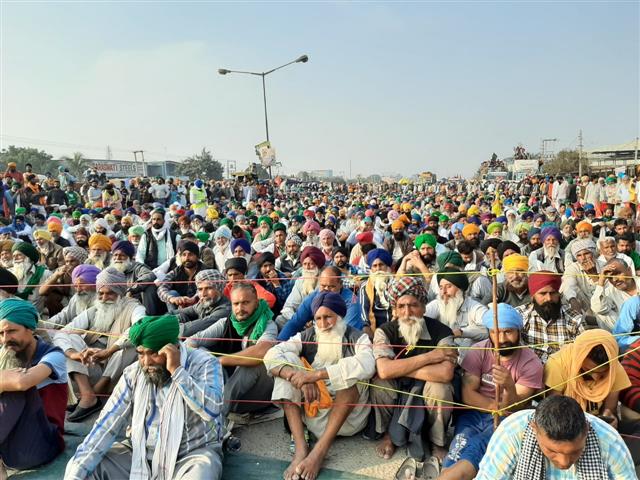 New Delhi, Jan 12: The Supreme Court on Tuesday suspended implementation of the new farm laws until further orders and said it will form a committee to hold talks with all stakeholders, after hearing petitions challenging the agriculture reforms.

The bench, headed by Chief Justice SA Bobde, has asked all parties to recommend names for forming the committee.  The bench has decided to set up a four-member committee to look into farmers' grievances. It will comprise of agriculture economist Ashok Gulati, international policy head Dr Pramod Kumar Joshi, Shivkeri Sangathna's Anil Dhanvat, and BKU's president Bhupinder Singh Maan.

The top court asserted that it has the power to suspend the contentious legislation to solve the problem and no power can prevent it from making a committee to resolve the impasse on new farm laws.

The top court is inclined to pass an order that all protestors be moved to one common site. Senior advocate Vikas Singh recommended either Ramlila Maidan or Boat Club for this purpose. The court has also decided to serve notices to all farm unions on a Delhi police application that wants a ban on proposed tractor rally by farmers on January 26.

Advocate AP Singh, appearing for one of the farm unions said that his clients have agreed that no elders, women or children will participate in the protests. Chief Justice Bobde said he will take this assurance on record for all protesting unions.

Senior advocates Colin Gonsalves, Dushyant Dave and advocates Prashant Bhushan, HS Phoolka who represent the bulk of farmer unions haven't joined the hearing yet. The Chief Justice and lawyers in favour of the farm laws are repeatedly wondering why Dave, Gonsalves, Phoolka and Bhushan aren't joining the hearing as the four had assured the court yesterday that they will discuss yesterday's proceedings with their clients and revert to the court.

The top court sought the cooperation of farmers' unions, and said that "those who genuinely want resolution, will go to the committee".

"This is not politics. There is a difference between politics and judiciary and you will have to cooperate", the court asserted to farmer unions.

A note released by the umbrella body Samyukt Kisan Morcha late last night clarified that protesting farmers will not participate in any committee proceedings as proposed by the top court. "While all organisations welcome the suggestions of the honourable Supreme Court to stay the implementation of the farm laws, they are collectively and individually not willing to participate in any proceedings before a committee," it said.

The government also told the apex court that Khalistanis have infiltrated farmer protests. The Attorney General said that he will file an affidavit, with IB reports, detailing the involvement of Khalistanis and other banned outfits in farmer protests.

The top court heard a clutch of pleas opposing the contentious agriculture reforms yesterday. A bench, headed by Chief Justice SA Bobde, said during the hearing that orders on issues concerning the farm laws and farmers' protest will be delivered in parts.

The matter pertaining to the farm laws was listed for January 12, 2021, as per information uploaded on the website after the hearing, as negotiations between the Centre and farmer leaders remain at a standstill.

The bench, which also comprised of justices A S Bopanna and V Ramasubramanian, expressed disapproval over the manner by which the three recent farm laws were passed by Parliament.

"We don't know whether you are part of the solution or part of the problem", the Supreme Court said to the Centre during the proceedings on Monday.

It also indicated amply that it may go to the extent of staying the implementation of the contentious farm laws and refused to grant extra time to the Centre to explore the possibility of amicable solution saying it has already granted the government a “long rope”. It reiterated the possibility of setting up a committee to resolve the issue.

Protesting farmers have been camping out at Delhi borders since November, demanding a complete repeal of the new laws. Bhog Singh Mansa, president of Indian Farmers Union (Mansa), said a stay on the laws is "no big deal".
"A stay is not a solution. We are here to get these laws scrapped completely... the government has in a way already agreed to scrap the laws when it said it is willing to incorporate as many amendments as farmers want," he said.

"We appeal to the Supreme Court to terminate these laws as these are not valid constitutionally," Mansa said, adding the protest will continue till the "the laws are not repealed or the BJP government completes its tenure".

The eighth round of talks between the Centre and the farmer unions on January 7 headed nowhere as the Centre ruled out repealing the contentious laws while the farmer leaders said they are ready to fight till death and their "ghar waapsi will happen only after law waapsi".

Bengaluru, Jan 21: After a gap of almost a week of swearing-in, Karnataka Chief B S Yeddiyurappa allocated portfolios to new Ministers and changed portfolios of some of the Ministers.

Governor Vajubhai Vala, on the advice of the Chief Minister, gave his assent to the list of allocation and reallocation.

The following is the list of Cabinet Ministers and their portfolios: 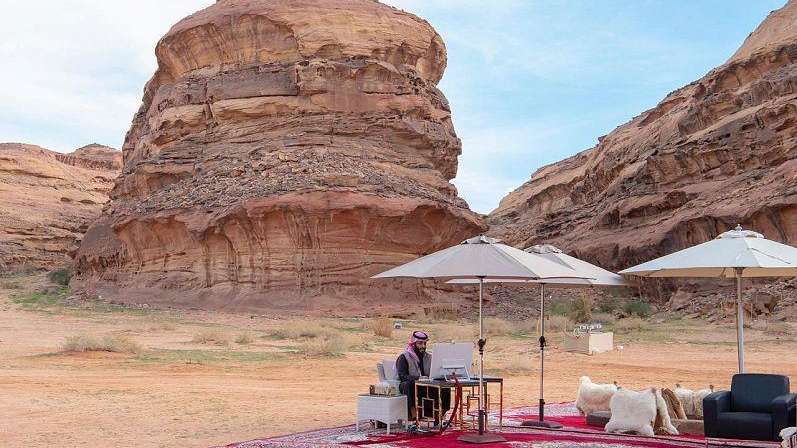 Riyadh, Jan 14: Saudi Crown Prince Mohammed bin Salman said the kingdom offers investment opportunities worth $6 trillion over the next decade, with new projects representing half of this value, the state news agency reported, citing his speech at the World Economic Forum on Wednesday.

The opportunities are part of the young prince's Vision 2030, aimed at ending the kingdom’s dependence on oil and transforming it into a global investment power.

The prince, known in the West as MbS, plans to create new sectors and develop domestic projects that would create jobs for millions of Saudis, through the Public Investment Fund (PIF), the kingdom's sovereign investment fund that acts as the main vehicle boosting investments at home and abroad.

PIF will finance 85% of these opportunities along with the Saudi private sector, while the remaining financing will come from capital investments from investors in the Gulf and globally, Saudi Press Agency said, quoting the prince's speech.

The PIF is the cornerstone investor in a number of mega projects including a high-tech economic zone dubbed NEOM planned for an area close to the size of Belgium, an entertainment park outside Riyadh called Qiddiya being built on a site 2-1/2 times larger than Disney World, and a luxury tourist resort off the Red Sea coast that will span 50 islands.

This week, Prince Mohammed unveiled plans to build a zero-carbon city at NEOM, with infrastructure costs of $100 billion to $200 billion.

The world’s top oil exporter is expected to borrow tens of billions of dollars this year to fill state coffers hit by lower oil prices and to boost liquidity at the PIF.