New Delhi, Feb 28: Disparity in wealth distribution has become much stronger during the BJP rule at the Centre, Congress leader Rahul Gandhi claimed on Sunday.

On the second day of his tour of southern Tamil Nadu for poll campaign, the top Congress leader interacted with salt pan workers and said he empthaised with them when they narrated their travails, including health issues.

When a woman worker sought government financial support for four months in a year, as during this period they would not have work in salt pans, he said the Congress-led United Progressive Alliance had an idea to tackle such an issue.

"When we were in government in the UPA we noticed that the wealth distribution in India was becoming very skewed," he said replying to the worker. While a few people were getting "very very rich," many were poor, he said.

"And now since the BJP has come (to power at the Centre) that has become much much stronger," he alleged.

The idea the party had to handle the problem of protecting the interests of workers for the period they did not have work was the "concept of a minimum income," the Nyay scheme for every single poor family in the country, he said.

Irrespective of factors like from which state they hailed or their language or religion, beneficiaries would automatically get Rs 72,000 a year in their bank accounts till such time they were out of poverty, he said.

When the Congress gets voted to power at the Centre, the Nyay plan would be implemented to address their concern of getting income for non-working period, he said.

Women workers flagged the issue of rampant alcohol addiction among the menfolk who spend their hard earned money on consuming liquor leaving their families in the lurch. They urged Rahul Gandhi to work for implementing complete prohibition.

Some others sought plots to build houses by utilising unused sites owned by the Centre's salt department in the region.

Better wages, a welfare board, pension and improved living conditions were among the other demands workmen made.

When Rahul Gandhi posed questions on health issues they faced due to years of hard work in salt pans, they pointed out that they had to endure eye related ailments and wounds in the feet that often led to difficulty in walking.

Rahul Gandhi said he empathised with them, adding he learnt quite a lot by having a dialogue with them. Also, he requested the workers to explain to him the process of salt making during his next visit.

Mr Prasad will be taking over as the new SP of Shivamogga, the home district of incumbent chief minister.

Sonawane Rishikesh Bhagawan, who was serving as the SP of Yadgir district will be the new SP of Dakshina Kannada. 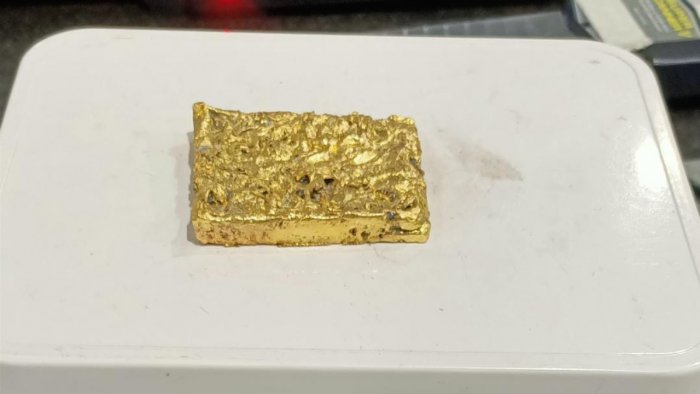 Mangaluru, Apr 9: The officers of Mangaluru air customs apprehended a man and seized 647 grams of gold that was being smuggled into the country, at Mangalore International Airport.

The surveillance team led by Deputy Commissioner of Customs Avinash Kiran Rongali had profiled and intercepted a passenger named Ibrahim Panalam Abdullah hailing from Alampady in Kasargod on his arrival from Dubai.

The passenger had arrived in the Spicejet flight SG 146 from Dubai. He tried to smuggle the gold by concealing it in his innerwear. The value of the seized gold is Rs 30.73 lakh. Further investigation is in progress.

A Crucial role of surveillance and interception was carried out by Superintendents Sateesh and Shrikanth in the team.