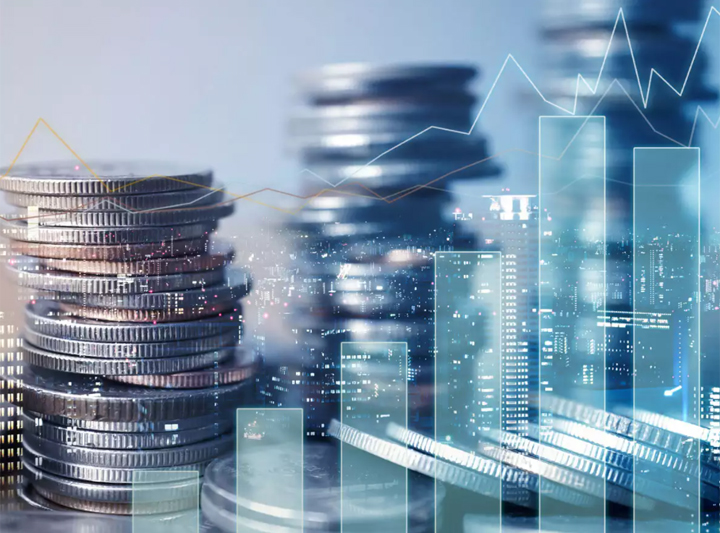 New Delhi, Oct 25: Industry body PHDCCI expects India’s GDP to contract by 7.9 per cent in the current financial year and grow by 7.7 per cent in 2021-22, assessing that the worst is over and the economy is on the verge of a slow recovery.

The chamber, however, stated that unemployment remains a key challenge to be addressed by the government.

The PHDCCI drew the conclusions based on its analysis of 25 high-frequency economic indicators which point out that there has been a pickup in business normalisation.

However, the unemployment rate still remains a worry as it worsened to 8.3 per cent in August from 7.4 per cent in July, it said in a report.

"Going ahead, India should focus on moving away from imports from China, divert trade towards friendly economies, build domestic capacities and significantly scale-up indigenous production with a thrust to become self-reliant," PHD Chamber of Commerce and Industry (PHDCCI) said.

PHDCCI President Sanjay Aggarwal said on the back of various reforms undertaken by the government during the last six months, economic recovery has become visible in the high-frequency indicators.

The chamber suggests that the government should prioritise demand creation measures to attain a positive growth trajectory in the third and fourth quarters of the current financial year ending March 2021.

“Demand creation will have a significant effect on the enhanced production sentiments of producers, increased investments and employment creation. Investments in the infrastructure will refuel the growth trajectory with increased demand for commodities such as steel, cement and power which in turn will rejuvenate private investments and create new employment opportunities in the country,” said Aggarwal.

The chamber observed that while several sectors of the economy will continue to have the after-effects of the pandemic, recent economic data shows that the worst is over and India is on the verge of a slow recovery.

While Trump considered bombing Iran, Biden ponders a new deal with it: Report 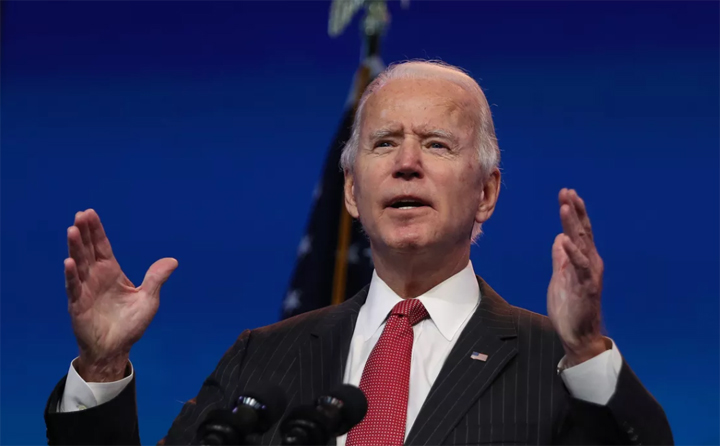 Fortunately, Trump's advisers persuaded him that the risks of military action against Iran are very high. Had a strike against Iran actually taken place, apart from the fact that would be a clear violation of international law, it would also have scuttled any new deal with Iran, President-elect Joe Biden is pondering.

The nuclear deal, known as Joint Comprehensive Plan of Action (JCPOA), signed in 2015 with the United States, Germany, France, Britain, China and Russia, allows Iran to keep a stockpile of 202.8 kilograms. Inspectors reported that the stockpile increased to 2,442 kilograms, while Iran continues to enrich uranium to a purity of up to 4.5 per cent, higher than the 3.67 per cent allowed under the deal. It should be noted that low enriched uranium between 3 and 5 per cent can be used for nuclear power, but for nuclear weapons 90 per cent purity is required.

According to New York Times, Trump had to be persuaded not to order the attack by Vice President Mike Pence, Secretary of State Mike Pompeo, Acting Defense Secretary Chris Miller, and Chairman of the Joint Chiefs Gen. Mark Milley. They pointed out that a military strike would have no basis on international law, while the UN Security Council in all probability would not approve a military action against Iran.

Iranian Government Spokesman Ali Rabiei, responding to the NY Times' report, said that any US attack on Iran would face a "crushing" response.

Trump had withdrawn from JCPOA in May 2018 and imposed sanctions, which according to US Secretary of State Mike Pompeo cut vital and lucrative Iranian exports by some 75 per cent, denying the regime of USD 70 billion in oil. Iran continued to comply with the provisions of JCPOA until July 2019, and then started violating parts of the deal, but last January following the assassination by the US of Major General Qassem Soleimani in Baghdad, it ended all compliance with JCPOA.

As Trump was mulling over an attack on Iran, the Israelis carried out strikes in Syria on Iranian-backed militias. On 18 November, the Israeli Air Force hit targets of the Iranian Revolutionary Guards' Quds Force and the Syrian Army in the Golan Heights and Damascus International Airport, as retaliation for the planting of explosives near an Israeli military position in the Golan Heights.

Undoubtedly, if a military attack on Iran took place during Trump's final days in office, it would have certainly derailed Joe Biden's stated election promise to handle Iran "the smart way" and to give the Iranian regime "a credible path back to diplomacy".

Karim Sadjapour, a senior fellow at the Carnegie Endowment for International Peace, says that as both a Senator and a Vice President Biden's views on Iran was always realistic. "He has no illusions about the nature of the Iranian regime and the challenges it poses to US interests, but he's also been a consistent advocate of direct dialogue with Iran.... If Tehran shows a willingness to return to the status quo ante, no questions asked, it would strengthen the argument of those in Washington who favour an immediate return to the JCPOA. But if Tehran insists on being compensated for the sanctions imposed on Iran during the Trump era, or if Iranian leaders attempt to expand their nuclear program or carry out regional provocations in an attempt to expand their nuclear programme, or carry out regional provocations in an attempt to strengthen their bargaining position or signal that they are not weak, it will have the opposite effect."

Paul Adams, BBC diplomatic correspondent points out that Iran, which "has weathered the Trump storm, has its own demands. Officials say the removal of sanctions won't be enough. Iran expects to be compensated for two-and-a-half years of crippling economic damage..... The JCPOA was never a bilateral affair. Its other international sponsors - Russia, China, France, the UK and Germany, plus the European Union - are all, in one way or another, invested in its future. The European sponsors, in particular, are anxious to see Washington once more committed to the deal's success. The UK, France and Germany (the "E3") have tried to keep the deal alive during the Trump years and could now play a role in negotiating the terms of Washington's return. But in London, Paris and Berlin, there's a recognition that the world has moved on and that a simple return to the original deal is unlikely."

A deal between Biden and the Tehran government is possible but could be much more difficult if Tehran insists on demanding compensation for US withdrawal from the deal, or if Biden raises the issues of the Iranian ballistic missiles or the Tehran supported militias in the region. 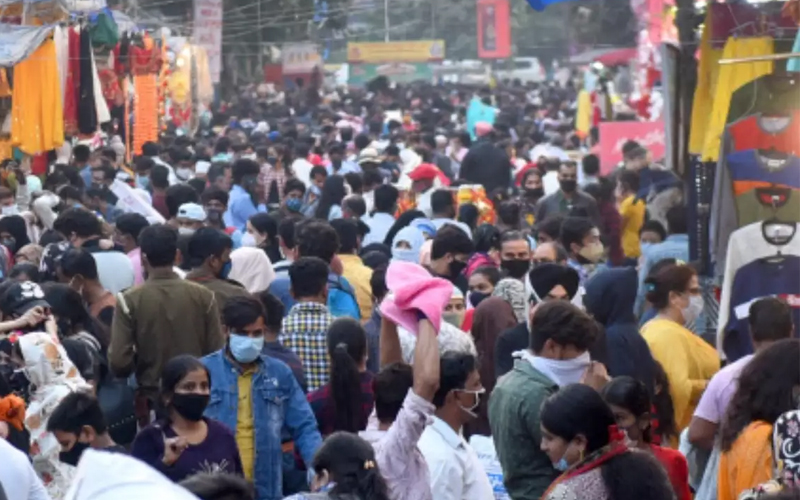 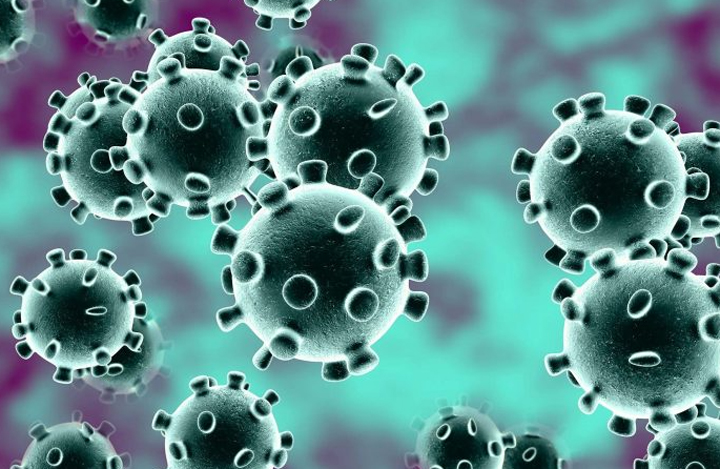 New Delhi, Dec 1: India reported 31,118 new COVID-19 infections in the last 24 hours, according to the Union Ministry of Health and Family Welfare's data on Tuesday.

Today is the 24th day when India reported less than 50,000 cases in a day. The last time daily new cases crossed the 50,000-threshold was on November 7.

On Monday, the Union Health Ministry informed that the national recovery rate stands at 93.81 per cent.

It also said that India continued to sustain the shedding of active caseload and on Monday, active cases were just 4.74 per cent of the country's total positive cases.