‘You don’t know me, who I am’: Sonia Gandhi threatened by Smriti Irani in Lok Sabha, alleges Congress 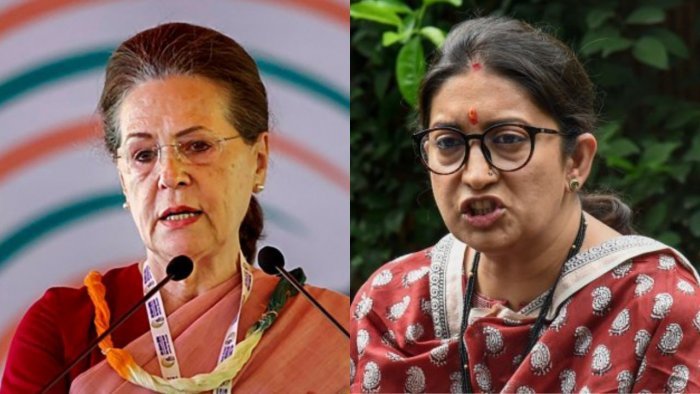 New Delhi, July 29: The Congress on Thursday accused BJP MPs of subjecting its president Sonia Gandhi to "brutal heckling, verbal assault and physical intimidation" in the Lok Sabha and some MPs demanded an apology from Prime Minister Narendra Modi.

The speaker told them to give it in writing and he will look into their complaint, they said, adding the party later submitted a letter to Birla seeking his intervention in sending the matter to the privilege committee.

Several Congress leaders, including Mallikarjun Kharge and Jairam Ramesh, spoke out as the face-off between their president and Irani in the Lok Sabha chamber added to the already raging row over party leader Adhir Ranjan Chowdhury referring to President Droupadi Murmu as 'rashtrapatni'.

The remark on India's first tribal president drew a fresh battleline between the Congress and the BJP, which demanded an apology from Sonia Gandhi.

As the Lok Sabha adjourned soon after 12 noon, Gandhi walked across to the treasury benches and sought to know from BJP member Rama Devi why she was dragged into the issue.

"The brutal heckling, verbal assault and physical intimidation of one of the most dignified ladies of Indian politics Sonia Gandhi inside (Parliament) by the BJP was traumatic and sickening," Congress leader Gaurav Gogoi said in a tweet, adding that it reflected the mentality of a mob.

"Adhir Ranjan made a mistake and he accepted it but the way Sonia Gandhi was treated, it shows that the expectations they (BJP) have from us, they are unable to show it towards others," he said.

"Smt. Sonia Gandhi was talking to a BJP MP Rama Devi. Smriti Irani surrounded Sonia Gandhi and called her abusive words in a very derogatory manner. When Sonia ji politely told her that she is not talking to her and am talking to another MP, Smriti Irani shouted 'you don't know me, who I am'. Many MPs of other parties and Congress MPs are witness to this incident," he said in a statement in Hindi.

"What is this maryada? Can an MP not even talk to a fellow MP? Smriti Irani can keep her point in a political way. Why is she adopting a heckling attitude with a senior MP and a party president. It is against the dignity of Parliament and politics. Political opposition apart, but is such kind of behaviour with a senior MP justified," he asked.

"The behaviour & unparliamentary conduct of many MPs & Ministers of BJP have been nothing short of outrageous today.

"Doesn't (sic) personal attacks on Congress President Smt Sonia Gandhi call for suspension or is this 'honour' reserved only for asking legit parliamentary questions?" he asked on Twitter.

In the letter addressed to Birla, Congress wrote, "We seek your intervention in sending the matter to the privilege committee as the unruly behaviour of those alleged members may warrant the suspension from the House."

Congress MP Jyotsna Mahant alleged that Irani disrespected Sonia Gandhi and spoke while pointing a finger at her. "This is shameful. The BJP and Prime Minister Narendra Modi must apologise for this behaviour."

Another Congress leader Geeta Kora said the behaviour Gandhi was subjected to was "not acceptable".

"The incident that happened in Parliament is a black spot in its history. The behaviour towards a senior MP, Sonia Gandhi, is unacceptable. Women and male MPs surrounded her, made objectionable comments and Irani spoke to her while pointing a finger at her repeatedly. She could have been hurt in the incident. I strongly condemn such behaviour and Smriti Irani and the prime minister should apologise in Parliament," Kora said.

Congress leader Sachin Pilot said Sonia Gandhi has "considered service, unity, progress and prosperity of the country as her first duty. Her humble nature and respect for all in every situation is well known.

"The indecent behaviour by BJP leaders in the House today is condemnable".

Chowdhury has said he never intended to disrespect the president and his 'rashtrapatni' remark was a "slip of the tongue". He accused the BJP of making a "mountain out of a molehill" over the issue.

Here are top quotes from the PM's address:

Nation remembering those who made sacrifices but were forgotten and not given their due. We are thankful to Bapu, Netaji Subhash Chandra Bose, Babasaheb Ambedkar, Veer Savarkar who gave their lives for country's independence.

India is the mother of democracy. India has seen a lot of ups and downs in the last 75 years. There have been sorrows as well as achievements in these years. We faced natural calamities, wars and other problems. But unity in diversity became our guiding power.

India has seen sorrows as well as achievements in the last 75 years. We faced natural calamities, wars and other issues. But unity in diversity became our guiding power

Entire country came together for Janta curfew, entire country was applauding Corona warriors via taali-thaali. When the world was discussing whether to take vaccines, 200 crore Indians had taken jabs - this is awakening.

"In coming years, we've to focus on 'Panchpran'- First, to move forward with bigger resolves & resolve of developed India; Second, erase all traces of servitude; Third, be proud of our legacy; Fourth, strength of unity and Fifth, duties of citizens which includes the Prime Minister and Chief Ministers.

Respect for women is an important pillar for India's growth. We need to support our "Nari Shakti".  Our "Nari Shakti" is being represented in all sectors. The more opportunities we give to our daughters, the more they will take us forward.

We must be proud about our heritage. Only when we are deeply rooted to our motherland, we will fly high.

Our goal is ensuring optimum outcome of our human sources, natural resources.

We have opened new avenues for the youth. My beloved citizens, Lal Bahudar Shashtri gave us a slogan "Jai Jawan Jai Kisan". Atal Vihari Vajpayee added "Jai Vigyan" to it. Now we go a step further and add "Jai Anusandhan" (innovation) to it.

Until and unless, people have the mentality of penalizing the corrupt, the nation cannot progress at the optimum pace. Another evil we need to come together against is nepotism. We need to give opportunities to this who are talented & will work towards the progress of the nation. 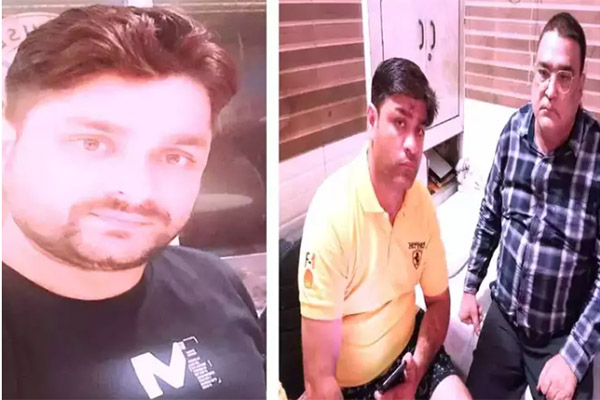 Lucknow, Aug 5: A BJP leader allegedly beheaded his friend, a bullion trader and also a worker of the saffron party, in Uttar Pradesh's Agra town, about 350 kilometres from here.

According to the police sources here, Tinku Bhargava, who was an office bearer of the district unit of the BJP, allegedly beheaded the victim, identified as Naveen Verma, before shooting him dead on Thursday night.

Bhargava was caught by the cops in the wee hours of Friday while he, with the help of a friend of his, was looking for a place to dump the severed head and the body near the forested Sikandra Arsena area on the outskirts of the town, sources said.

Police officials in Agra said that the severed head and the body were recovered from the car of Bhargava, who, during questioning, confessed to perpetrating the crime.

Police said that Bhargava, who knew Verma well, called the latter on Thursday evening to join a liquor party. He later shot him dead and then allegedly severed his head. ''The assailants severed the victim's head and also stripped him to prevent his identification,'' said a senior police official in Agra on Friday.

The motive behind the gruesome killing was yet to be ascertained though sources said that the assailant had been having an affair with the victim's wife and wanted to eliminate him. 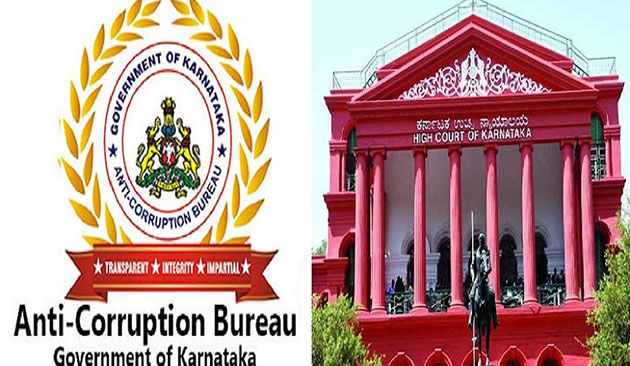