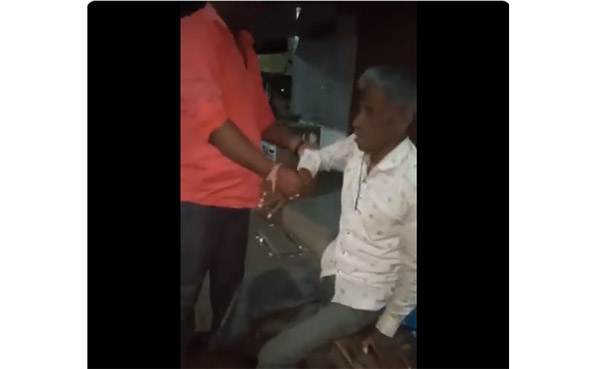 Bhopal: A murder case has been registered in Madhya Pradesh after a missing 65-year-old with mental illness was found dead and a video showed a man asking him if his "name is Mohammed" and repeatedly assaulting him as he struggled to answer.

The case has been registered in Neemuch district. The attacker in the video has been identified as Hindutva chauvinist Dinesh Kushwaha and named the main accused. Kushwaha is the husband of a former BJP corporator.

Police said that the elderly man, Bhanwarlal Jain, was from Sarsi in Ratlam district and went missing on May 15 after a visit to a religious event in Rajasthan. Following a missing complaint, police put out an alert with his photographs. His body was found on a roadside in Neemuch district yesterday. It was handed over to his family and they performed last rites.

The family then came to know of the video. The video shows Mr Jain sitting on a bench as Kushwaha towers over him. "What's your name? Mohammed?" he asks the elderly man and slaps him across the face. "Tell your name properly, show your Aadhaar card," he adds.

The elderly man, visibly petrified, offers money. This infuriates the attacker and he slaps the senior citizen non-stop on his head and ears. The 65-year-old appears to be struggling to understand the situation he is in. He lifts his shirt and a hidden pocket can be seen. He again tries to offer the attacker money as the latter keeps slapping him hard.

KL Dangi, in-charge of the police station where the FIR was filed, said the video was probably shot on Thursday.

State Home Minister Narottam Mishra said a case has been registered under sections of murder and death by negligence.

The Opposition has slammed the ruling BJP after the video surfaced. Congress MLA Jitu Patwari accused the BJP of "lighting a furnace of hate".

Senior party leader Digvijaya Singh said a case has been filed but it remains to be seen if action will follow.

State BJP secretary Rajneesh Agrawal said, "The incident is unfortunate. An accused is an accused and it has nothing to do with party politics. None of the people involved in such an act will be spared by the state government."

New Delhi, June 30: India on Thursday logged 18,819 new Covid-19 cases, recording a jump of 29.7 per cent since yesterday, according to the Union Health Ministry data. 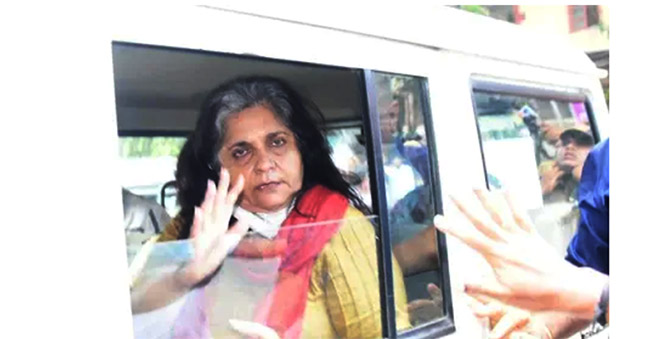 Mumbai, June 25: The Gujarat anti-terrorist squad (ATS) on Saturday detained activist Teesta Setalvad in Mumbai in connection with a foreign fund case related to her NGO.

Teesta Setalvad’s NGO had provided information about the 2002 Gujarat violence to the police and her name has been mentioned in the Supreme Court judgment which upheld the SIT’s clean chit to Narendra Modi.

The move of the Gujarat ATS comes hours after Union home minister Amit Shah in his interview with news agency ANI slammed Teesta Setalvad and said her NGO gave baseless information about the Gujarat riots.

Teesta Setalvad's lawyer said the police barged into her house and assaulted her. First, the activist was taken to Santa Cruz police station. From here, she will be taken to Ahmedabad city police station.

"I have read the judgment very carefully. The judgement clearly mentions the name of Teesta Setalvad. The NGO that was run being run by her - I don't remember the name of the NGO- had given baseless information about the riots to the police," Amit Shah, in an exclusive interview, told ANI.

The Supreme Court on Friday rejected the appeal by Zakia Jafri, wife of Congress MP Ehsan Jafri, who was killed in the Gujarat violence, and said that the appeal was "devoid of merits." A three-judge bench headed by Justice AM Khanwilkar, upholding the Special Investigation Team or SIT's 2012 clean chit to Prime Minister Narendra Modi in the Gujarat riots case, said that Setalvad, co-petitioner in the case, exploited the emotions of Zakia Jafri.

"Antecedents of Teesta Setalvad need to be reckoned with and also because she has been vindictively persecuting this lis [dispute] for her ulterior design by exploiting the emotions and sentiments of Zakia Jafri, the real victim of the circumstances," the top court said in its order.

A total of 68 people, including former Congress MP Ehsan Jafri, were killed in the riots triggered by the burning of a train coach in which 59 pilgrims perished in February 2002. A decade later, the SIT report, exonerated Narendra Modi, citing "no prosecutable evidence" in the Gulbarg Society case.